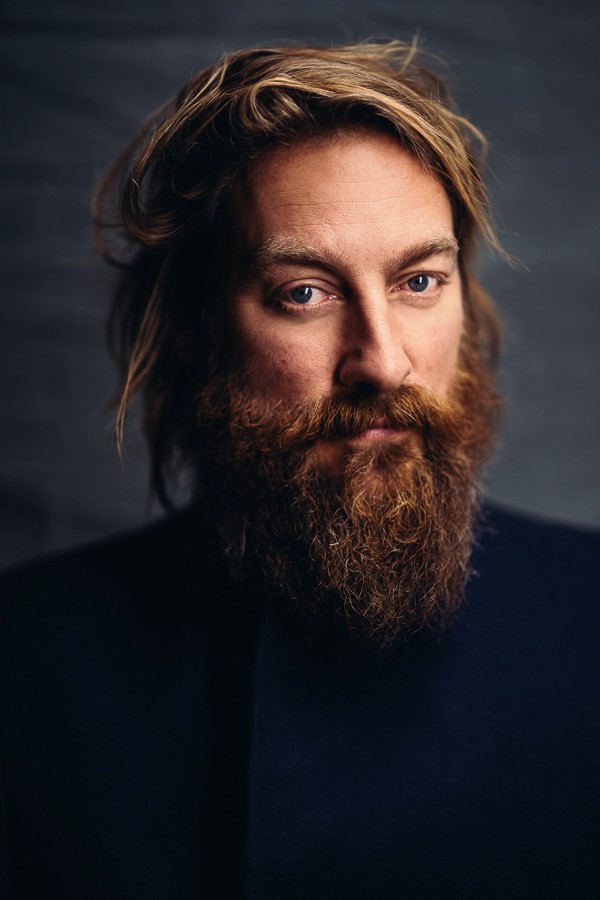 Interview: Joep Beving “Our relationship to reality has been my main source of inspiration”

Joep Beving, a composer and pianist, will be touring the US in February for a short period of time. Before exploring the land of opportunity, Beving joined us for an interview to talk about his music and culture.

Great. Thank you. In the train on my way to Paris at the moment and the sun is just coming up. Could be worse. A coffee would be nice though.

So, when did your love for music start and how would you describe your music to someone who has not heard of you?

I think the love started when I was old enough to climb behind the piano that my parents had at home. But who knows, I might have been born with it. The music I make at this point in life falls in the category neo-classical music although that is a misleading label. It’s a crossover between pop, ambient and classical music I would prefer to say.

You shared your musical journey to the masses with your album Solipsism back in 2015, what impact has the album had on your life and how do you feel it ties in with the idea of solipsism itself?

A huge impact I should say. It has opened the doorway to the second chapter in my life. In which I am hopefully more connected to myself and the world around me. The idea of solipsism – reality only exists in one’s own mind – is a bizarre idea for most people. To me as well. But exposed to the grotesqueness of the news and the negativity we are bombarded with on a daily basis, it is not so strange to think that people are more and more retracting from the outside world and in to their own mind or bubble. Alienation is the result and this for me was the starting point when writing my debut album. My hope was to make something that would resonate with the people around me on a level that was oftentimes difficult to put into words. Reconnecting on a human level, in a way to find trust and comfort. When the music started to travel, this was often the response I got from people. It has taught me to trust.

In terms of success, you’ve had quite a bit of it over platforms such as Spotify, some people would consider you a star of the neo-classical genre. Do you feel this has had an impact over how you make your new pieces?

Much of the success I feel is in the accessibility of the music. Literally, since it is presented in this day and age in playlists that are easy to find and put on. And most of the music itself is simple and well, easy to digest. That is not to say it is without substance (although some people might disagree, haha). Up to this point I haven’t been influenced too much by what seems to be popular or well listened to, nor calculative about what I am about to make next. Although to be perfectly honest, for my last album Henosis I did think about including solo piano pieces along the more elaborate compositions as to take along all the listeners I had gained with my solo piano work. Although I feel strongly about just making what feels right at the moment and don’t be too much rationally involved in the creative process.

Henosis is your latest and longest album. What is the album about and how does it tie in with the two other albums, Prehension and Solipsism?

Our relationship to ‘reality’ has been my main source of inspiration when writing music. Between every album I have tried to zoom out. First unconsciously, later deliberately. For Henosis this meant I envisioned it as a journey into the cosmos, far away from the self where it had started. In search of what is fundamental in reality, beyond the immediate perceivable. Henosis means oneness or unity with the source of all that is. The outward journey reflects the inward journey, much as the build up of our inner workings reflects that of the macro-cosmos. Once that idea starts to dawn on you, the level of connection deepens beyond imagination. Everything is connected. Think about it. If you see the other as merely a physically alternate representation of yourself it will be very difficult not to feel some form of empathy. The same goes for any other life form. I realize it is not all that straightforward and I don’t want to postulate this as being the truth. However to me this realization has come closest to a somewhat hopeful and admirable version of it. It completes the circle that started with a growing sense of alienation from reality I dealt with at the time of Solipsism, to a growing sense of becoming one with it.

You’re doing a short but an exciting tour in the US, is there a specific place you are looking to play the most?

From my previous concerts in the US I do remember that NY and LA have been very good to me in terms of how the music was received and the general vibe during and after the show. Sadly I won’t play in NY this time around, but we already performed this show (with ACME) at the end of last year there. I hope to be back though! So I am looking forward to playing LA again, but the other cities just as much to be honest.

You have released four albums now and have had terrific success. What’s next for you?

I am working on a film score at the moment and this is something I see myself doing more in the future. Hopefully it is something I can do for the rest of my life. I don’t see myself traveling around the world forever and am looking to find ways to be able to continue a  life in music without having to fly this much. That said, I hope to be starting on a new album at some point this year and we’ll also be bringing my latest album with the bigger group (adding electronics and sometimes choir) to more cities. Most importantly I want to use the time I have in Amsterdam to be with my family and to learn new things. I have a lot to learn still and feel like I am just getting started in all this. It’s a new life, for which I am incredibly grateful.

My final question, what is your definition of culture?

Establishing meaningful connections in consonance with the spirit of truth. And a good excuse to go out for a beer.

Find out more info on Joep Beving’s US Tour