Charlotte Cornfield is a folk singer-songwriter hailing from Toronto, Canada. Last year, she released her third full-length album, The Shape of Your Name, with help from her friend and producer Nigel Ward, as well as Broken Social Scene members Brendan Canning, Kevin Drew, Charles Spearin, and Grammy-award-winning engineer Shawn Everett (Alabama Shakes, Kacey Musgraves, The War on Drugs). Having quit her job as booking manager at Toronto’s Burdock Music Hall to pursue music full-time, the balladeer took more time with this album, allowing herself the space to reflect on her emotions and refine her songwriting. The result is a meditative, intimate, and mature LP that showcases Cornfield’s knack for penning affecting, thoughtful folk tunes that feel both wistfully nostalgic and direct in their vulnerability. “In every morning of fear and failure/ Of holding on, losing out, feeling frailer/ Of spooling out the digital yarn/ When I just want to hold you in my human arms,” she sings on opener ‘June’. The album’s conversational tone makes Cornfield’s musings on relationships feel all the more personal: “Andrew, I feel weird about you now/ Don’t laugh at my life/ You’re no better than I,” she sings on ‘Andrew’. Charlotte already has a new EP in store for March 2020, but until then, The Shape of Your Name is an album to let yourself sink into.

We caught up with Charlotte for this edition of our Artist Spotlight series, where we showcase up-and-coming artists and give them a chance to talk a bit about their music.

You started playing music early on as a child. How did your appreciation for music evolve as you grew up?

I’ve always loved music, and I think it was this unspoken thing that I would become a musician and live a life in music. I find that my surroundings and the people I hang and play with have a huge influence on what I check out and what I end up digging into. For the last 5 years I ran a small music venue in Toronto and through that my appetite for discovering new stuff grew and I found I was just on headphones constantly, digging around for new things to listen to. At my core, I am a huge music nerd.

Who are some of your biggest inspirations, whether musical or not?

I definitely draw a lot from the relationships in my life, romantic and otherwise. So I would say that people are a huge inspiration, and in line with that, the connections between people and place, the way we interact with the spaces we occupy. In terms of musical influences, it’s all over the map. Joni Mitchell (undeniably), Karen Dalton, Lou Reed, Sharon Van Etten, Gillian Welch, and Neil Young are some of my favourites.

What were some of the ideas that went into the making of The Shape of Your Name?

With this record I was really thinking about space and breath, and I feel like it came from a meditative space of reflection. My life up to that point had been a lot of push, push, push, but then of a sudden I was in my late 20’s, feeling a little more settled, a little bit wistful, and I think that really informed the songwriting process. I was not afraid of going slowly, and so there are a lot of slow jams and I’m alright with that.

It was slow, relaxed and thoughtful. The catalyst for the record was that I did this residency out at the Banff centre in Alberta with a few of the members of Broken Social Scene. I recorded some songs that I knew were going to be on the next record, but after that it took a while for the whole thing to take shape. I did a few different sessions in Toronto and ended up taking all of the stems to my friend Nigel Ward in Montreal, and we spent some time working with what we had and then recording another batch of songs, which we sort of whittled down into what became ‘The Shape of Your Name.’

How was the approach you took with this album different from your previous releases?

It was monumentally less rushed. In the past I have felt like, oh, I have to make a record and get on the road immediately, but this just felt way more chill. I was like, eventually we’ll have a record but I want to mess around until we get it right. I just spent way more time on it, and took breaks in between recording and mixing sessions. And we just played a lot with space and sound. I think it just sounds bigger than anything I’ve done in the past.

There’s a lot of vulnerability in your songs. How do you manage to take those raw emotions and translate them into music in a genuine way? Has your approach to that changed throughout the years?

Songwriting is a therapeutic process for me, and it’s been that way ever since I was a kid. I think that because I learned from a young age that there’s strength in vulnerability, that I could get through to people with personal songs, it’s been much easier to do that. I’m not afraid of wearing my heart on my sleeve. I guess it’s changed in the way that I feel like I’ve grown up a bit, and I’ve learned from my own experiences, which probably comes through in the songs. But I still approach it from this place of nothing is too sacred.

I am putting out an EP in March and doing a North American tour in the spring, then I’ll start working on the next record, and in the meantime I’m planning on making it to Europe in the fall. Music, music, music all the time. 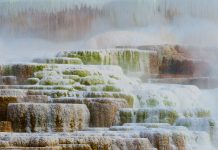