How VR is set to Change Gaming Forever

Recent events have proven that the need for gaming and home entertainment are greater than ever, with people’s mental health negatively impacted if their brains aren’t enriched and challenged over long periods of time. While not too many people have a VR setup installed in their living room yet, that is no doubt set to change as the technology improves, reduces in price, and allows gamers everywhere to enter parallel universes they never previously thought could exist.

What follows below are the ways in which VR is poised to change online gaming forever.

As latency decreases and graphics improve, it will soon be possible for games developers to transport their players to scenes and venues that are so real you could get lost in them for hours.

Whether it’s a visit to the casino to play a few spins on the slots, to undertake a tour of a football stadium or to play paintball with your friends, VR can take you there. Furthermore, as more people join the VR revolution and AI additionally improves interactions you can have with fictional characters, VR worlds can become more populated, with people to converse and play with.

Imagine getting to the roulette table – dressed in a tux, freshly shaven and aftershave-ready – and sharing your casino bonus winnings with a stranger, watching their eyes light up as you make a friend for life, all while being sat in your underpants and vest on the sofa, sipping a beer can that was previously balanced on your vest-covered belly.

These are the possibilities VR can realize ,and which could lead to some people disappearing into VR rabbit holes for days at a time. After all, virtual reality may soon be more attractive than the real world. For those new to VR gambling, this Virtual Reality Casino guide is the perfect place to start! 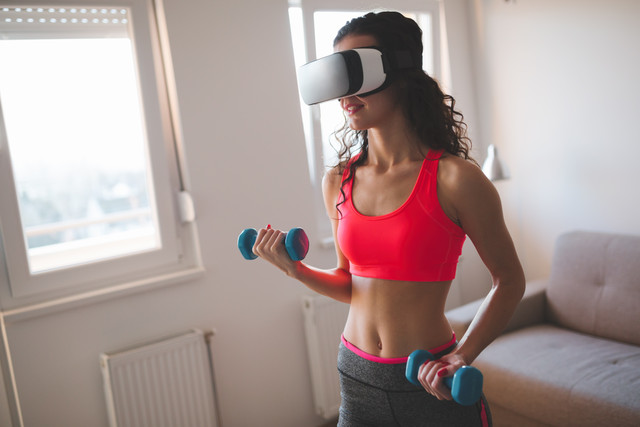 VR Doesn’t Have to be Solitary

It wouldn’t bode well for many relationships if people began donning VR headsets for hours on end while their partner twiddled his or her thumbs on the couch, wondering if their life would ever return to normal. With this in mind, companies like VOID are providing VR experiences that take place in the surrounds of real life building complexes. Think paintball or laser quest, but with your whole crew wearing VR headsets and teaming up to fight everything from storm troopers to ghosts.

This incredibly social experience shows just how fluid VR can be, providing for the needs of gamers no matter where they sit on the introvert/extrovert spectrum. However, do keep in mind that you will all look like total idiots as you tiptoe around an abandoned warehouse gawping at imaginary threats.

One of the main fallbacks of previous VR headsets were that they needed to be wired to a computer or some kind of pack which the user would carry on their person. Thanks to new developments, though, all that nuisance will be forgotten, with companies like Oculus and Vive already ahead of the curve in this regard.

Allied to this, there are also developments afoot to improve the hand controllers players must hold during games, allowing them to better track a player’s movements and hand gestures. Who knows what further features may be added to headsets in order to further enrich the VR experience? Some possibilities that have been muted include special smell effects and the further development of body sensors, so your every movement counts in-game.

5G is About to Revolutionise VR

One of the main complaints about VR experiences in general are that the headsets are uncomfortable (don’t worry, this is being worked on) and that sometimes the graphics can lag, meaning the player’s experience is ruined. New 5G networks are about to solve the latter issue, greatly increasing broadband data speeds, as well as virtually eradicating latency. With this in mind the message is clear: gamers everywhere need and want 5G rolled out as soon as possible, so let’s hope to see it happen without delay!