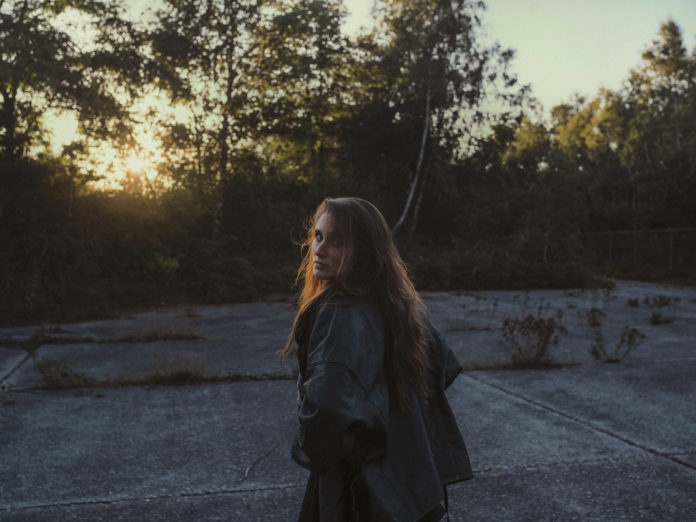 Hailing from the Netherlands, Lewin is the moniker of singer-songwriter Jara Holdert. In the second half of 2019, she released two intensely personal companion EPs – For the Leaving and For the Left Behind – which not only chronicle the falling out of a relationship that played a big part in Holdert’s creative process, but also reveal a transitional period for the artist herself – from a passive observer to an active participant. ‘Don’t You Dare’ is a stunning folk opener where Lewin’s dynamic voice echoes that of Joanna Newsom, as does the latest single from For the Left Behind, the slow-burning ‘Sorrow’, whose songwriting is also reminiscent of Laura Marling. But moments like the bluesy, more upbeat ‘Leather Jackets’ offer a new perspective, hinting at a more empowered self emerging out of the ashes of a broken heart. It’s that kind of acceptance that the heartfelt closer ‘Goodbye Lover’ beautifully embodies: “As snow covers our tracks and traces/ I’ll swallow my last plea/ Whatever was, whatever be/I’m tired making a fool of me.”

We caught up with Lewin for this edition of our Artist Spotlight series, where we showcase up-and-coming artists and give them a chance to talk a bit about their music.

How and when did you become interested in making music?

Music was part of my life from a very young age. I remember singing along to the Beatles without understanding any of the words, my parents had cassette tapes of Rubber Soul and Help that we would listen to in the car. My father played guitar and wrote my sister and me songs for our birthdays. And when I turned seven I asked for a ‘ghettoblaster’ to be able to play CD’s and tapes for myself – the first albums I owned were Sam Cooke and Stevie Wonder. And I was always singing – humming to myself, singing while playing, biking, doing chores – something I still do, sometimes annoying the people around me. But I’m not aware of even doing it.

I played the violin when I was young, and switched to guitar in my teens – first teaching myself from Beatles songbooks, then getting lessons for a few years from an amazing teacher. Playing guitar I was able to accompany myself singing, which felt like such an amazing freedom – singing ánd playing my favorite songs. Later, I got into jazz – applied for higher music education with the goal of becoming a jazz-singer. I learned a lot at the conservatory, but halfway through I started writing my own songs, and they didn’t feel jazzy at all. They were more guitar-based and folky.

Early influences were The Beatles, Aretha Franklin and Stevie Wonder. In my teens I became an avid Neil Young fan. I also listened to Bob Dylan and Joni Mitchell. During my jazz-years I kept listening to Joni, as she seemed to bridge that gap between folk and jazz in her very own way – that was very inspiring to me.

Can you describe the concept behind your two latest projects, ‘For the Leaving’ and ‘For the Left Behind’?

Originally, I recorded a full album, but circumstances made me decide to release the songs of the album in a few steps. It had to do with the heaviness that album embodied for me; it’s history made it very hard to release. I had written all the songs while I was in a relationship with an amazing musician and producer, who had always encouraged me to keep writing and helped me record my songs. But the songs were often about us, about our relationship, and they voiced all the doubts and fears I had; I felt we weren’t going to last, he was at some point going to leave me. We decided to record all the songs together, for my debut album. Only when we were done recording, producing and mixing it, the sword fell; we broke up. All these songs in which I saw it coming now felt prophetic, and it was hard to listen to them myself. So I had a collection of very emotional tunes, and they felt too heavy to release. I took some time, started fresh with a new name, Lewin, and decided to release the full album in a few steps.

My two EP’s ‘For The Leaving’ and ‘For The Left Behind’ are those first two steps; they both contain four songs off the album. But both EP’s have a slightly different perspective on the same situation; just as in the relationship, I was slowly shifting from feeling like a victim, being afraid to be left behind, to taking more responsibility and considering leaving myself, or at least being conscious of continuing something that would have to end sometime soon.

The full album is going to be called ‘For The Leaving and The Left Behind’, and will contain another five songs that were not on any of the EP’s.

I wrote the songs over the course of a few years, that’s why thematically, there is a slow shift – some of them feel younger, others more mature, empowered. We recorded with my band at the time, one week in Haarlems Studio Helmbreker. After we put all the band parts down it was up to me and my boyfriend/producer Aaron to finish the songs together. He was living in Berlin at the time (one of the reasons for our relationship troubles) and so I took the train from Amsterdam to Berlin once or twice a month to join him there and record my vocals, backings, to add more synths and produce and mix the tracks together. It was a beautiful but very intense process – I learned a lot about producing, felt free to be creative and involved in not only the writing and arranging, but also the producing and mixing aspect, which was very new to me at the time. But also, our love was falling apart, and to be sat in a little studio room for hours on end when you’re not feeling comfortable together – well, you have to love your art very much to make up for that.

I’m planning to release one or two more singles before the full album comes out – though times are weird, it feels kind of ‘wrong’ to talk about my work and my music with a pandemic going on. I hold on to the thought that it might be a nice distraction for people, or it might be a consolation in rough times. In my songs, I’m allowing for grief, making space for it. In my case it was grieving a relationship, but I hope there is space to see it can be a broader grief or sorrow – that we can allow it in, for just a moment, let it take over, and see that this sadness also needs a place to live, and is part of life.

I have many, many more new songs that aren’t recorded yet – maybe I’ll find the time to put them to tape this year. There could be another album-and-a-half in there.

I’m also releasing singles and an EP with my project The Coo (@thecoomusic) – those songs, I write together with a British songwriter I met at an open mic in Amsterdam, where I live. We heard something in each other music that we really strongly related to. Now, we’re both in isolation on different sides of the sea, but in ‘normal’ times we would be traveling to tour together and play some duo-shows. Let’s just hope that we, working together globally, can keep the spread of this virus under control and come out stronger and more together afterwards.