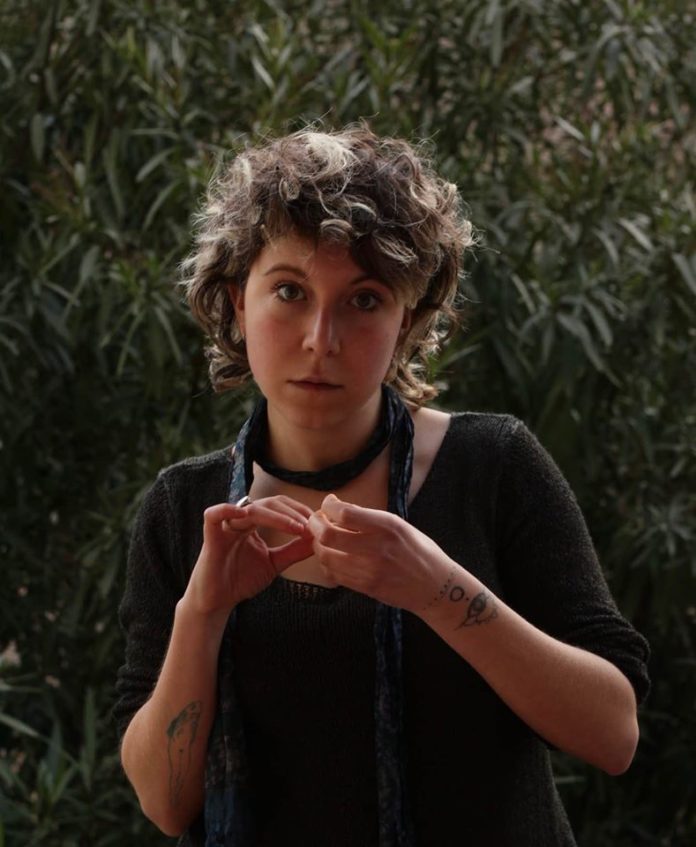 Emma Grace’s music is not the kind we usually cover on this segment, but the natural, raw beauty of her compositions, which traverse through the fields of classical, ambient, and folk, made it impossible to ignore. An Italian-American composer, singer, and violinist from Assisi and Florida, Grace released her first album, Backgrounds, at the age of 22, and two years later, she has come through with a new double LP, the earthy and enchanting Wild Fruits and Red Cheeks. Right from the beginning of the record, Grace displays the different elements of her music that flourish throughout – opener ‘Animated (Midnatt)’ is an ambient piece incorporating lo-fi recordings, which transitions to the more fully-formed, tension-filled, and melodic ‘Random Precision’, while ‘On Top of Our Worlds’ introduces Grace’s ethereal voice, which so naturally dances around the violin. The nearly 8-minute ‘Red Fruits’ is a flower of its own, changing form as it grows, while the guitar-based, folkier ‘The Tree’ and ‘Blue Woods’ explore a more intimate type of beauty. The slowly-unfurling ‘Climbing on Waters’ is wonderfully evocative as its propulsive rhythm pushes forward, a remaining echo first unveiled on ‘Red Fruits’. The graceful beauty of this album is undeniable upon first listen – but the journey it takes you through, the different creeks you discover along the way, is the reason you’ll want to return to it again and again.

We caught up with Emma Grace for this edition of our Artist Spotlight series, where we showcase up-and-coming artists and give them a chance to talk a bit about their music.

How and when did you decide to pursue music?

I always had the dream of touring with bands but after finishing my music studies at 13 I didn’t touch the violin for about two years. After that I started playing again on my own and also with other musicians from my neighborhood in their projects. Even though at 17 I completed my first violin composition, never had i thought about writing and playing my own music. I figured that playing music was a big inevitable part of my life once I started travelling with the violin as my only suitcase.

I think travelling has always been my greatest influence, and quite an addiction, it taught me to constantly adapt and to realize when it’s time to stop and create. The people along the way have all guided me to come up with new songs and views of the world. From the musicians i worked with in Paris, to my latest music therapy studies. Musically speaking, movie soundtracks and minimal ambient music are always a great inspiration. In this way I discover a lot of new sounds.

How did your current approach to songwriting develop, and how has it changed over the years?

I never intentionally wanted to write music, I think that the world is already full of lots of fantastic music, so much that it’s hard to keep up with it.  But making music turned out to be a daily necessity.Originally I was keener on listening and accompanying others. My composing developed naturally from this.  It’s probably a cliche nowadays to say the music writes itself, but when i write it really feels that way. It’s not something I want to control with my mind. I just let it happen, it can’t be planned or predicted.

Can you talk to us about the process of making ‘Wild Fruits and Red Cheeks’?

Wild Fruits and Red Cheeks started composing it self in India. I started writing one of the guitar songs “Blue woods”. Once got back to Venice “On Top Of Our Words” just came out as soon as I tried the Viola that was kindly lend to me on one of my trips back to the States. After that I remember it was raining outside and I pressed Rec when i first tried a friend’s Loop Station and then realized that I almost had a new album to work on, and probably it was going to be a double. Some tracks have remained first takes recorded in my room in Venice, others have been recorded a second time in a bathroom in the countryside in Umbria. Finally I added some sounds and songs made on my phone during my latest travels.

What were some of the inspirations behind it?

As I already mentioned, I started work on the first songs in India where I stayed a month in an orphanage working on musical activities with kids and older women. After that experience I found that I couldn’t relate to my earlier works as before, so I felt it was time to try and push “rec”  again as soon as i had the possibility to do so. The album is an update to where I am now musically.

If you could collaborate with any musician, who would it be?

Always a hard question, let’s see…At the moment it would be late nights composing with Moondog, dance sets with Arthur Russel, and morning ritual writing with Franco Battiato, amongst others. Rather than working only with musicians, I would like to combine my music with other artforms and the artists I meet day to day.

For now I am in quarantine as we all are, so it is very difficult to plan. But it is good to stop, focus on other rhythms, daily routines, old books and new notebooks.

I will continue with my music therapy studies and perhaps will soon be pressing “rec” again! Who knows?