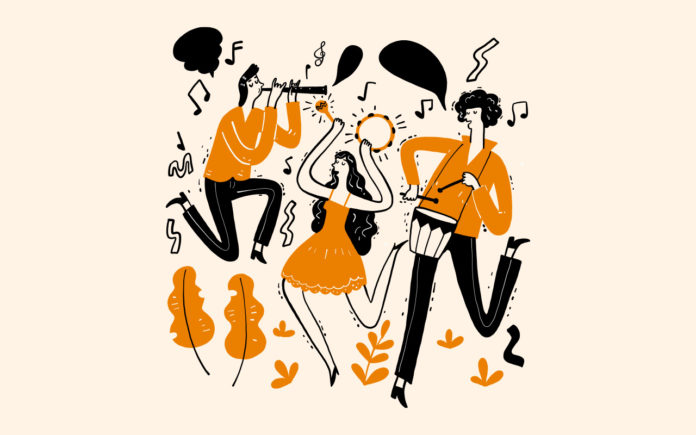 Recent trends in Hollywood suggest that musical biopics are dominating the big screen with increasing viewers and a string of awards. If you don’t already know what a musical biopic is, examples of biopics, you may have likely recently watched, or why they are surging in popularity, read on to find out more.

The Relationship Between Music and Entertainment

But first – why is music so important to entertainment? Music has long been intertwined with other mediums of entertainment, and without it, the whole product can be flawed.

This is especially true in film making, or even casino gaming where the music can enhance the gaming experience by increasing tension and excitement. Adding music to other entertainment formats has been done since the days of Charlie Chaplin and the pioneering slot games. The presence of music is crucial, and because we have always known it, sometimes it is easy to forget why music is pivotal to these other entertainment formats.

What Is a Biopic and a Musical Biopic?

A biopic is nothing new, and the format of this film genre has been around for decades, even if we love it. The word biopic is coined from two other words, namely biography and picture, which gives a significant hint into what these films are all about. You guessed it, a biopic is a film that documents real events of a famous person or famous discovery.

Writers of musical biopics have a lot of go-to material to use as long as they are willing to put in the research.

Musical biopics have also been made for decades with plenty of famous rock gods and musicians had their life relayed on screen. Recently there has been an increase in the number of musical biopics made. Some examples include Rocketman (Elton John) and Straight Outa Compton (N. W. A). Both of these were successful biopics were made in the last five years.

Why Biopics are Successful

There is a core reason why musical biopics, or nay biopic, is likely to be more successful than other fictitious films. When a biopic is released, it advertises that it will tell the story of the life of someone deemed relevant or interesting. Viewers contemplating watching a film at the cinema are more likely to be interested in a biopic or go and see one because the title and the narrative will be recognisable. It also taps into a market of people that are fans of that person or want to know more about specific events.

Biopics are also attractive to actors and actresses because these films are likely to be received well and more likely to pick up awards. Simultaneously giving them a better chance of picking up their own personal Oscar.