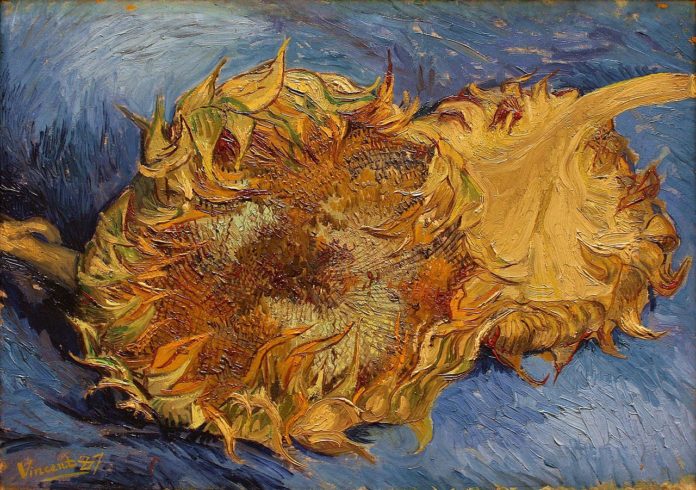 A spell of warm weather, along with a mandatory stay in one’s own home, is a perfect opportunity for would-be artists to head out into the garden and get some inspiration from the sight of flowers and greenery.

Of course, plants and flowers are among the first things that many artists learn to draw, and many of history’s most famous painters continued to paint garden scenes throughout their careers. Plants make great subjects, as they’re naturally beautiful, interesting form-wise, and they won’t fidget or wander off when you’re midway through your piece. Provided you’ve got a suitable bench or lounger from which to contemplate your surroundings, the garden is the best place for any artist to be.

But which famous painters took inspiration from their gardens?

Of course, the Dutch master’s most famous flower paintings were his sunflower series. What’s less well-known is his paintings of the garden of fellow painter, Daubigny. These works were painted in early summer of 1890, just before Van Gogh’s death.

Pierre Bonnard’s garden in northern France was kept deliberately untidy and overgrown, with the artist himself dubbing the style ‘jardin sauvage’ (that’s ‘wild garden’). The result is something that looks a little more like a natural landscape than a garden in the formal sense we might recognise.

Max Liebermann was a German impressionist with another contrasting take on what garden painting should involve. Liebermann, like many of his contemporaries, designed his garden in such a way that it would create motifs that would come through in his paintings, even enlisting gardeners to divide the space up into orderly flower terraces with green space between to break up the view.

Joaquín Sorolla’s house in Madrid had a beautiful garden of its own, which was heavily inspired by Spain’s Islamic gardens, and incorporated decorative tiles and paving as well as the floral elements which make a garden a garden. As such, this space was practical to work in as well as beautiful and inspiring – and much of this comes across in the works produced there.

This Norwegian painter, most famous for ‘The Scream’, took inspiration from many of the local sights and people near to the fishing village of Åsgårdstrand. Gardens often played a starring role in his works – including in ‘Two Girls Under and Apple Tree in Bloom’. Though the subjects were always very conventional, the execution is unmistakably Munchian.

Having enjoyed a successful career as a painter of urban landscapes, Gustave Caillebotte made the decision to stop displaying his work publicly, and commence a new career as a landscape gardener. This new direction provided an endless stream of inspiration, made possible by the affordability of greenhouses during the late 19th century. Many of his most vivid paintings can be traced to this era.

Claude Monet is indisputably history’s greatest practitioner of painting in the garden. He had a level of expertise in horticulture that’s unrivalled in other artists, and this is in particular evidence in his paintings of his gardens at Giverny in Normandy, which was designed and maintained in exacting detail by the man himself. Even as his work made him a very wealthy man, Monet remained in charge of his garden, issuing daily instructions to seven gardeners and overseeing the installation of several lily-ponds, which would become the inspiration for his best-known works. The garden occupied him for some two decades, and inspired him to break new artistic ground that others have since been able to tread.