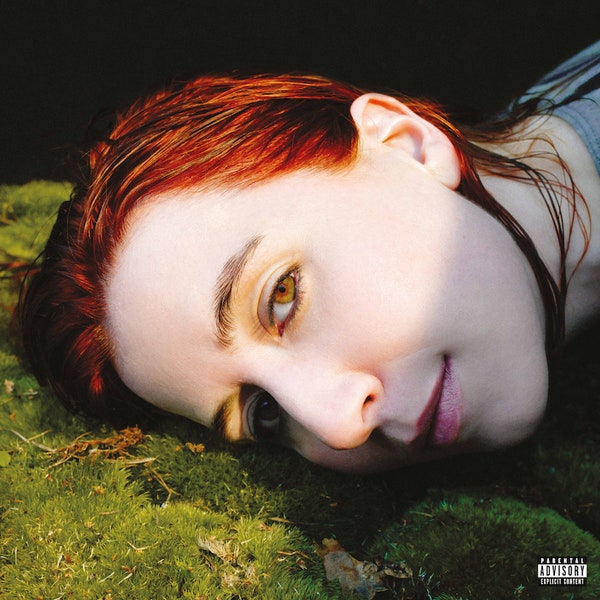 On her 2017 album Future Politics, Katie Stelmanis presented her own utopia, a world where technology might bring us together, where the oppressive structures that hold us captive are a thing of the past. Atop minimal synthpop production, she showcased her ability to articulate a hopeful vision that resonates even during the darkest times, to see the light at the end of the tunnel even as it seems out of reach.

HiRUDin, her fourth LP as Austra, also searches for hope,  though this time in the wake of heartbreak. “The world keeps turning anyways/ The flowers come up anyways/ The mountains rise up anyways,” she sings on the euphoric opener ‘Anywayz’, recognizing the insignificance of something like a breakup in the grand scheme of things; but rather than making her feel defeated, it offers relief. And despite the pain this toxic relationship has caused her, she doesn’t lose her faith in love; in fact, she allows herself to go through it all again, on ‘It’s Amazing’, revelling in the pleasures and uncertainties of a new relationship, only this time stronger and more self-aware.

As she dwells deeper into her personal sorrows, Austra also shifts her sound away from the icy, propulsive techno beats of Future Politics to more dynamically organic instrumentation that accentuates the full emotional spectrum of her experience. Stelmanis’ classically-trained and remarkably powerful voice has such a command over her surroundings that it could work on nearly any track, but it fits especially well against the plucked, stripped-back strings of ‘All I Wanted’, or the twinkling, soaring chorus of ‘How Did You Know?’, which is most reminiscent of Florence Welch. Despite the album’s propensity for big hooks, a simple instrumental backdrop often leads to some of the its most potent moments, like the piano-led closer ‘Messiah’, or ‘Your Family’, where Austra’s operatic voice calls back Björk as it stretches and pulls against echoing synths. Perhaps the one misstep here is ‘Risk It’ – the highly pitched vocals can be irritating, though they have an almost hauntingly entrancing quality about them as the melody lingers on your mind.

Stelmanis worked with co-producers Rodaidh McDonald and Joseph Shabason for the first time on HiRUDiN, and though for the most part that brings some more variation to the record, it can also be a hindrance, as it sometimes lacks the kind of unique, focused vision that Future Politics presented. Perhaps the most interesting contribution, though, is that of Cecile Believe, a collaborator on SOPHIE’s debut album, on the track ‘Mountain Baby’, which employs a children’s choir and a simple piano melody before switching to a spellbinding beat on the chorus. “Climbing a mountain/ To get to the top/ One and another keeping on/ Not knowing why or what/ I might find up there,” the children sing. It’s a perfect way to embody the youthful idealism that’s often found in Austra’s music; it’s not so much about getting to the top, she implies, as much as having someone alongside you on the journey.

Album Review: Austra, 'HiRUDiN'On her 2017 album Future Politics, Katie Stelmanis presented her own utopia, a world where technology might bring us together, where the oppressive structures that hold us captive are a thing of the past. Atop minimal synthpop production, she showcased her ability to articulate...