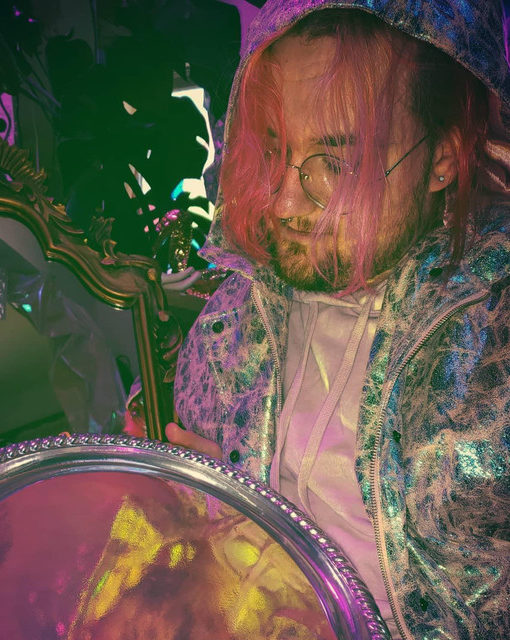 Named after character from the anime series My Hero Academia, recovery girl is the moniker of electronic producer Galen Tipton, hailing from Columbus, Ohio. Following 2018’s nightbath, their latest self-titled effort was initially released as an EP back in January and recently reissued by Orange Milk as a full-length record, featuring songs from February’s gross/scratch as well as seven remixes. This new, expanded edition is a dynamic, glitched-out powerhouse of experimental pop – or so-called ‘hyperpop’ – in the same vein as 100 gecs and PC Music, though Tipton infuses their own unique personality into those stylings. Highlight ‘that girl is my world (you transphobic piece of shit)’ is as compelling as its title, propelled by a fluid song structure that perfectly complements the track’s theme, while ‘don’t be my light’ incorporates hardcore elements into its already abrasive mix. ‘gross’ drills into your head with its propulsive, intoxicating rhythm, while opener ‘big loud & violent’ is a downright banger.

We caught up with Galen Tipton for this edition of our Artist Spotlight series, where we showcase up-and-coming artists and give them a chance to talk a bit about their music.

If I had to trace it back to one moment definitely Guitar Hero 2. Not only did it inspire me to get interested in playing and making my own music, it actually got me interested in listening to music for pleasure and seeking out more of what I liked.

my biggest influences right now are

Why did you choose that particular character from My Hero Academia as your moniker?

i really identify with her abilities to heal nearly any wounds. the project started off as a way as therapy for me; a way to work through, heal and “bounce back” from trauma and hopefully give others the energy to do the same. its just as a reminder to myself that no matter what pain i go through i have the power to process, grow, and heal no matter how bad it gets

What were some of the inspirations behind recovery girl?

the biggest inspiration behind this project is definitely laura les of 100 gecs. I’ve been wanting to make pop music for years but have just in general been very embarrassed and dysphoric about my voice. hearing laura’s work for the first time made everything click for me and I almost immediately started working on stuff, not really planning on releasing anything, but just as something just for me to show myself that I could do it if I wanted to. having enough support and positive feedback from friends and peers helped me turn this into a full fledged project.

besides the obvious pc music and post pc music/hyperpop/whatever you want to call it influences i take a lot of influence from digital hardcore acts like machine girl, street sects, deli girls, etc. im really interested in the fusion of pop and hardcore sounds and want to blur the lines between them as much as possible. i grew up on all types of hardcore and metal and whenever I start performing recovery girl sets i want to get people moshing as much as dancing

when it comes to vocals and lyrics im still pretty self conscious about recording and performing, so i would find different ways to “trick” myself into being comfortable. a lot of times i would record over an instrumental or loop of a song that already exists and that I’m comfy with then delete that instrumental and build a track around those vocals, basically remixing and sampling myself. lately ive been recording myself singing chorus’ of pop songs that already exists just to have some sort of familiar reference, then chopping up and sampling that recording and splicing it into the track. as a producer mainly, i’m more interested in using my vocals as a glue to hold different instrumental ideas and passages together and help translate my more exuberant production ideas into a pop lense. from an instrumental stand point i was just trying to be as loud and raw as i possibly could, not thinking too hard about anything and stopping myself from adding too much detail, trying make the project as focused and straight forward as possible without sacrificing energy.

Could you talk a bit about the remixes that appear on the new deluxe edition of the record?

the remixes are all done by friends and musicians i admire and want the world to be watching out for and paying attention to ! there were many other artists who were not able to create and submit remixes in time for release but with all the stems out there now we should be seeing some more amazing remixes out soon !

currently im working on a few singles and am at the early stages of demoing out a full length for recovery girl. because the project has been very sample heavy up to this point, i’m currently working on building soundbanks of sounds i am making myself to use in the project as a challenge to myself. when it comes to the work released under my own name, ive got an EP dropping this summer as well as full length follow up to my recent Orange Milk release that is nearly done.

would really love to tour either under the recovery girl project or galen tipton project, and there are small chances of either of those happening later in the year depending on how everything plays out with the covid situation.