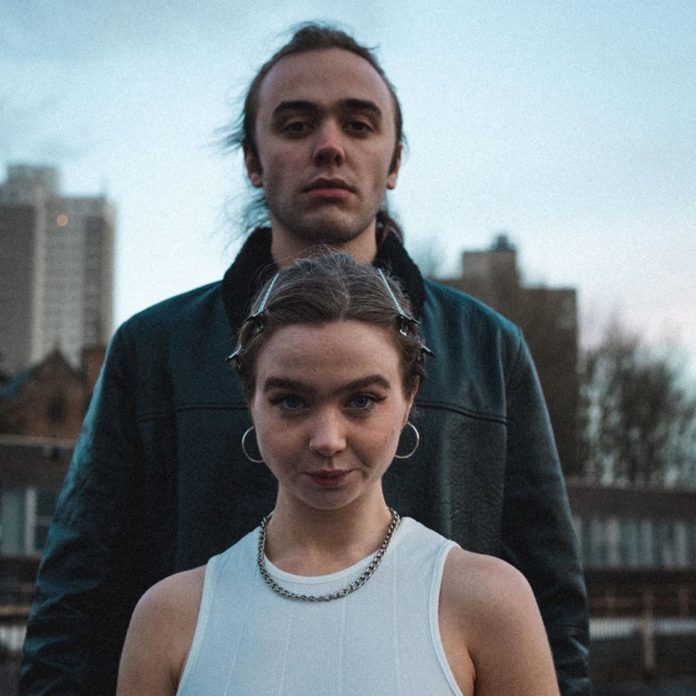 A quick glance at Dead Pony’s quarantine playlist, and the wide range of influences informing the band’s sound becomes immediately clear. Dua Lipa, Ariana Grande, and Kylie Minogue sit comfortably alongside the likes of Wolf Alice, Nirvana, and Hinds. The Scottish pop-punk outfit – consisting of singer and guitarist Anna Shields, Blair Crichton on lead guitar and backing vocals, Liam Adams on bass, and drummer Aidan McAllister – always had a knack for writing catchy rock tunes, from the Queens of the Stone Age-esque ‘Sugar Sweet’ to the driving ‘Speak of the Devil’. But their latest single, ‘Everything is Easy’, the first in a series of songs to be unveiled in 2020, is their most direct fusion of rock and pop yet, bringing together thumping bass, crisp drums, and an infectious hook, while the playfully processed backing vocals offer a nice extra touch. It marks an exciting new chapter for the recent LAB signees, who will no doubt continue to gain traction throughout the year.

We caught up with Anna Shields of Dead Pony for this edition of our Artist Spotlight series, where we showcase up-and-coming artists and give them a chance to talk a bit about their music.

How did you decide to form Dead Pony?

Blair and I formed Dead Pony because we both loved music and writing music. Over the past couple of years we have just been gigging and writing music loads and it has started to all come together.

I think in some ways yes and others no. We all have very similar tastes in music and we can all agree when a banger is a certified banger. But I think our individual tastes also bring a lot of important and versatile influence to the band. I’ve always really loved the classic icons such as Stevie Nicks, Debbie Harry and Madonna. Blair is heavily influenced by Queens of the Stone Age and The Dandy Warhols, Aidan is more Nirvana and Metallica whereas Liam loves Kings of Leon and The Smiths.

How has your approached to songwriting changed since you formed the band?

Yeah it definitely has. We all write music and find inspiration in different ways. For instance, I find writing music, particularly lyrics, quite an intimate and vulnerable thing at times and it can take me hours or sometimes days to write a song. Whereas, Blair can sit down and bash out 3 phenomenal songs in 30 minutes. There’s nothing wrong with either of these methods but over the years I think we’ve really found a good balance between pouring yourself into a song and also writing something that is fun and sounds cool. Now that we have found that sort of writing. Now that we’ve found what works best for us when writing music, we can really work well together and bounce ideas off of each other. I think that a lot of my anxieties surrounding music writing has eased over the years and we all feel comfortable sharing music that we’ve written with one another. Even if it is shit.

You recently signed to LAB Records. How does that feel?

It feels really really brilliant. We’ve been working so hard for the past few years as most bands do starting out, and it just feels so class that all of our hard work has finally started to pay off. I’m immensely proud of myself and of the boys and I just can’t help but hope and think that this is the beginning of something really good for us.

Can you talk about your new single, ‘Everything is Easy’? What was the inspiration behind it?

Blair and I wrote Everything is Easy last summer after having a conversation about the silly things we believed growing up. It started off with Blair telling me that his dad used to tell him as a child that one day, he just found a little snotter on the wall and decided to pick it off and raise it as his own. That snotter grew up to be Blair. I always loved that story and it just got me thinking of how gullible we all are as children and how, when that feeling of mystery and wonder that goes along with naivety starts to evaporate you realise how silly the things were you believed as a child and how upset you were when you realised that your parents were lying to you. We tried to capture this feeling in the song in a fun and playful nature. I think it’s a song that everyone can relate to as everyone has a story about something wild they believed to be true as a child.

What do you have in store for us for the rest of the year?

Unfortunately due to lockdown we’ve had to put a pause on gigging at the moment. However, we’ve got another two singles coming out on LAB Records and another few fun things planned for the rest of the year. We just can’t wait to get back to gigging and to play these songs live again.