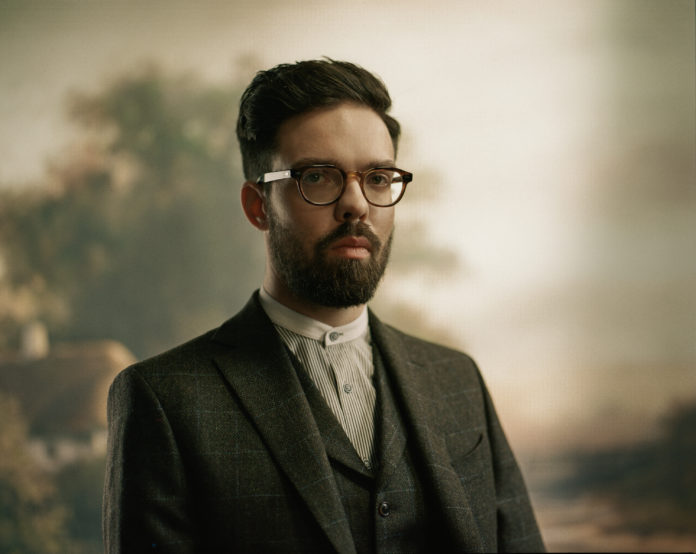 Vermont singer-songwriter Henry Jamison makes folk music that shimmers with a wistful sense of nostalgia. One of his biggest fans is none other than Big Thief’s Adrianne Lenker, who says his “songs sing me through mazes of my own sensuality and sadness, help me to feel less alone in the journey to understand myself more deeply and to face gaping wounds”.  That journey may look different for each listener, but the warm, comforting presence of Jamison’s poetic songwriting makes for the perfect companion. His latest release is the EP Tourism, a collaborative effort that features the likes of Fenne Lily, Darlingside, Ed Droste (Grizzly Bear) and Lady Lamb as it explores the ways in which touring led to a “dissolution of the self”, and as a result, the falling off of a relationship. “The monster here/ He’s only half of me/ Alligator tears/ In my cup of tea,” he sings on the mellifluous ‘Green Room’, while highlight ‘Tourism’ is reminiscent of Damien Rice as Jamison and Fenne Lily duet against a beautifully spare, somber instrumental. The record may take on a new meaning during these times, but the sentiments expressed are as deeply resonant as ever.

We caught up with Henry Jamison for this edition of our Artist Spotlight series, where we showcase up-and-coming artists and give them a chance to talk a bit about their music.

You started recording your own music while you were still in elementary school. Do you remember the first song you wrote?

There’s a cassette tape called “Henry’s Tape” that I made when I was seven or so. It’s full of songs, if we’re using a loose definition. Mostly they were just me banging on pots and pans, with mixed results. There was one called “I Don’t Wanna Go to School” and one where I played guitar a bit, which is sadder, about staying inside while other kids play.

How has your approach to songwriting changed over time?

It’s become more intentional in a lot of ways. But it’s best to kind of be intentionally unintentional. To set aside time to just mess around on the guitar or piano and sing gibberish. I used to write songs constantly, like it was all I did so I didn’t need to articulate any method to myself or anyone else. I’m doing a “Song a Day” thing right now with some friends and that’s helped me reenter that old way of doing it again.

Who are some of your biggest influences?

Always the classics like Dylan and Joni Mitchell, almost just in the fact that I’m doing it at all, writing in a particular form. I don’t listen to them much anymore. Over the past years, Big Thief has inspired me a lot, as has James Blake. I’m not sure exactly how those influences come through, but I’m sure they do.

What was the inspiration behind your latest EP, Tourism?

Touring, as the name somewhat suggests. It was written on tour or between tours and is specifically about the way touring so much affected my relationship and homelife.

How did the different collaborations featured on the EP come about?

I met Darlingside right after college and we liked each other, but didn’t see each other again for years. Then I did a bunch of touring with them, supporting them through most of the US in 2018. I’m friends with all of them, but Harris and I developed a good writing relationship, so he and I cowrote most of the EP together and he produced it. And the rest of those guys played and sang on a lot of the tracks as well. Fenne and Ed featuring came about mostly due to instagram DMs. I had met both of them in person only once. Joseph and I met in VT a few summers ago and stayed in sporadic contact. I think I asked Natalie over text and then we hung out in Portland last summer before they tracked their vocals in LA. And Aly (Lady Lamb) is one of my oldest friends and it was great to collaborate with her again.

What were some of the highlights of making the EP?

The time in the studio was great. Honestly any time spent with Harris is fun and super interesting, since his mind works similarly to mine but also very differently in key ways. That makes us good collaborators, because we speak the same language but specialize in different areas. Hearing the features come in was also definitely a highlight, and seeing how they completed the songs.

Well, it’s hard to say exactly, given the state of the world. But I’m writing a record (or really just a ton of songs) and figuring out a process for recording them partly by myself and then also sending them out to other people. I think it’ll work well, but I’m still troubleshooting that. After that, touring next year, assuming venues still exist…