The Tragic Trend of Anne of Green Gables 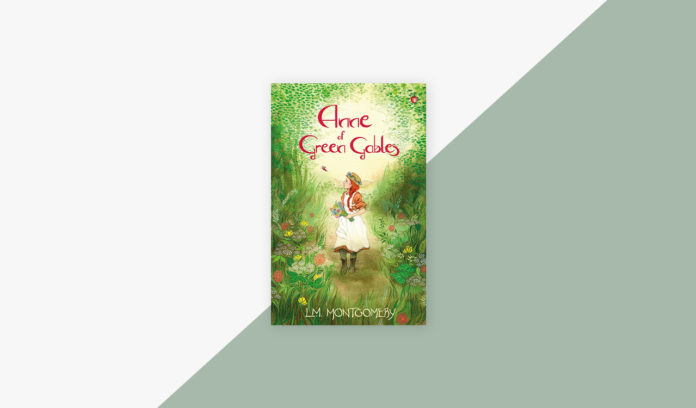 Lucy Maud Montgomery’s Anne of Green Gables series, published between 1908 and 1921, consists of eight books that follow Anne Shirley’s life. The first book takes place between 1876 and 1881, and the last book ends in 1918, along with the First World War.

Anne starts as an eleven year-old orphan from Nova Scotia who is adopted by the elderly Cuthbert siblings who live in Avonlea on Prince Edward Island. She finds family in Matthew and Marilla Cuthbert and the friends she calls “kindred spirits”, who are just as imaginative as she is. The story moves from Avonlea to the town of Glen St. Mary when Anne marries Gilbert Blythe, years after swearing she would never forgive him for calling her “carrots” after her red plaits. The last four books focus on Anne’s marriage and motherhood, and while each instalment is entertaining, a strange pattern emerges in these last few stories.

In her youth, Anne dreams of becoming a renowned author. She even writes and publishes a few stories during her first few years out of school, but after marrying Gilbert and starting a family, she seems to forget her dreams and her vibrant imagination fades. Understandably, she needs to focus on raising her children and she wants to support her husband, but she stops placing herself first as she did in childhood. As an adult, she spends her days visiting or hosting friends, worrying about her children’s rapid growth and her own ageing, and occasionally accompanying Gilbert to dinner parties. The last four books are set in Glen St. Mary and gradually tilt their focus to Anne’s children and their friends. Anne stops being the main character in her own story, to the point where she is referred to only as “mother” or “Mrs Blythe”

Anne is effectively silenced by her marriage and motherhood—but not by Gilbert or her children, who support her ambitions and enjoy stories just as much as she does. Her firstborn, James “Jem” Blythe, inherits Anne’s habit of concocting wild fantasies, but he grows out of them and pursues medicine like his father until he enlists and joins the army. Jem is therefore silenced by early twentieth century ideas of masculinity.

Walter is the only one of Anne’s children to actively pursue a writing career. In Rilla of Ingleside, the series’ last book, Walter writes a poem about the war that becomes famous across Prince Edward Island. Eventually, his conscience gives way and he joins his brothers battling in France. He’s killed in action, and another of Montgomery’s storytellers is silenced.

A possible reason for this strange pattern is that it reflects the author’s own struggles as an oppressed woman in the nineteenth century, especially one with such ambitions. Lucy Maud Montgomery was born on Prince Edward Island in 1874, and as a young girl frequently visited the Green Gables farm where her cousins lived. She was raised by her grandparents, and spent much of her childhood isolated from other children, concocting stories and taking comfort in nature as her character Anne does.

Several of Montgomery’s characters are projections of her personality or the struggles she faced in her life; like Montgomery, the character Leslie Moore spends years caring for a husband suffering from mental illness. Where Leslie gets a happy ending, Montgomery did not. Her marriage was unhappy and she did not respect her husband. She felt that as a woman, her role was to care for the family, which seems to be Anne’s pattern of thoughts, too. Like Montgomery did, Anne faces rejection when she first attempts to make a living in the sphere of literature. Montgomery bestowed Anne with the life she wanted for herself, yet the character’s gradual recession cannot be ignored; Anne’s shrinking agency in her own narratives saying a great deal about the author’s own ongoing struggles. The biggest difference between Anne and her creator is that Montgomery realised her dreams as an author. The books granted her instant fame, but at a cost.

In 2008, the author’s granddaughter revealed that Montgomery suffered from depression and that her death was a suicide. The isolation that Anne deals with as a child is arguably a reflection of Montgomery’s, so the same is likely true of Anne’s adulthood. Montgomery grew up dreaming of fame from a young age, but in the late nineteenth century, fame was not regarded as something women should strive for.

If mental health had not been so stigmatised and misunderstood in the early twentieth century, would the Anne of Green Gables series have been an explicit exploration of how the role of a woman—a wife, a mother—affects her mental wellbeing and ability to use her voice?

Staff Picks: Our Favourite Books of 2022