10 Classics to Read in Isolation 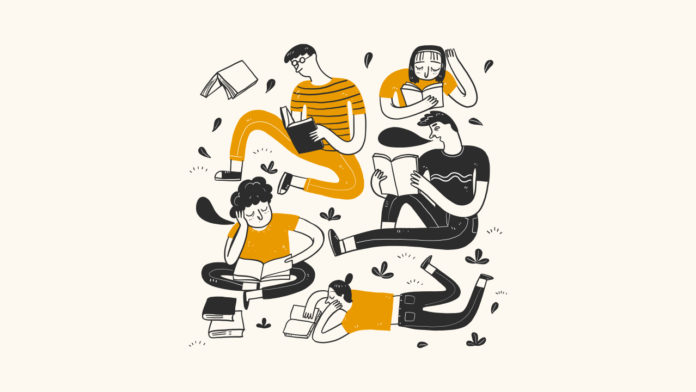 Isolation has forced many of us to find new hobbies, including reading. If you are not much of a reader, now is the perfect time to pick up a book—and what better place to start than with some of literature’s most excellent? If you are a reader, here are ten classics you may have been putting off reading.

This Russian novel may seem formidable at first, but its length is justified by the vibrancy between its pages—864, to be exact. The book was published in 1877 and follows the journey of its titular character as she abandons her husband for a younger man, less esteemed man. Framing the main plot is the arc of Anna Karenina’s brother, who has also been unfaithful to his spouse. The only difference is that as a man, he is not publicly shamed for his infidelity, while Anna must give up everything, including her beloved young son.

The plot is layered enough to explore the main characters’ inner turmoil as well as side characters’ bitter heartbreaks and bittersweet hopes. Reading the story of this socially outcast woman from a twenty-first-century perspective offers a unique insight into the unjust world Anna lived in. Yet, despite the condemnation she faces for what her society believes to be her crimes, we never judge her. We’re only accompanying her for the ride as observers. By the end of the book, you may feel like you’ve read a story about everything.

To Kill a Mockingbird by Harper Lee

Published in 1960, this is a modern classic told from the point of view of a six-year-old girl named Jean—who insists on being called “Scout”—living in Alabama during the Great Depression. Her father Atticus is a lawyer trying to defend a black man named Tom Robinson from a crime he never committed. The townsfolk disapprove of Atticus’ decision to help Tom. At school, the children make fun of Scout.

The heavy subject matter is balanced out by the adventures of the main character, her older brother Jeremy—whom everyone calls “Jem”—and their friend Dill who visits their town every summer. The trio is simultaneously fascinated by and terrified of the mysterious recluse Arthur “Boo” Radley who lives nearby. This character becomes a centrepiece to the book’s plot and in the end offers a unique perspective on the inequalities that define the town.

This series consists of eight books that follow Anne Shirley’s life on Prince Edward Island, Canada. Published between 1908 and 1921, the events of the first book take place between 1876 and 1881, and the last book concludes in 1918 along with World War One. The heartwarming, imaginative, and inspiring story rejects contemporary ideas surrounding the role of women in society and the household.

Anne begins as an eleven-year-old orphan, until the elderly Cuthbert siblings adopt and love her. She dreams of becoming a renowned author and experiencing a “tragical romance”, all while adventuring and exploring with her friends. The message of the story is to hold onto one’s imagination and look out for friendship in the unlikeliest of places.

East of Eden by John Steinbeck

East of Eden is considered by many to be Steinbeck’s most ambitious novel and his magnum opus, and rightly so because it seems to encompass everything. The story explores the intricacies of two families—the Trasks and Hamiltons—living in the Salinas Valley, California between 1900 and 1945. Steinbeck takes great care to detail the setting and the two families’ histories. For the reader, this book is a swan dive through history that holds a microscope up to the characters’ internal struggles, their desire for greatness, and their struggles to be accepted. Many of the novel’s themes compare to those of the Book of Genesis.

Pride and Prejudice by Jane Austen

Published in 1813, this feminist piece of literature was released ahead of its time. The main character is a young woman named Elizabeth. She is the second eldest of five sisters born to Mr and Mrs Bennet, who live comfortably on a slightly above-average income. Mrs Bennet is obsessed with finding husbands for her daughters until her youngest, Lydia, stumbles into an unwanted elopement. Mrs Bennet becomes indisposed, and Lydia realises that her husband has no interest in her. Meanwhile, Elizabeth tries to ignore her mother’s wishes and follow her dreams to be a woman in society rather than somebody’s wife.

Her older sister Jane finds a loving husband in a wealthy man from a town whose best friend is Mr Darcy, a man Elizabeth judges to be rude and haughty. She immediately despises him but becomes confused by his taciturn advances at public events. She is further confused and angered when he proposes to her out of the blue. However, Mr Darcy is more than meets the eye.

Little Women by Louisa May Alcott

Alcott originally wrote this iconic story in two instalments, which were published in 1868 and 1869. The book explores the lives of five young women of the March family living in nineteenth-century America. Each sister is unique in their personalities, ambitions, and desires. Jo, the narrator, dreams to be an author. She behaves in what some of her peers deem to be an unwomanly manner, but she only wants to hold onto the freedom of her childhood—so much so that she doesn’t want to marry. She believes that she wants to be an independent woman who can make a living writing, but the truth is that she does not want to be alone, either. This internal struggle is the backdrop to her story and the other March sisters’ fates.

As an allegorical novella, this is one of Orwell’s most famous works and one of the most well-known modern classics. The story is told from the perspective of a group of farm animals who try to rebel against their human farmer. One of their leaders is named Napoleon, and he tries to establish an equal society in which each animal can be free. Since the book was published in 1945, the war is a ubiquitous presence in the backs of readers’ minds. This book is the perfect classic to choose if you’re looking for a quick read.

Tarzan of the Apes by Edgar Rice Burroughs

Tarzan of the Apes (1912) is the first of a twenty-four-book series about Tarzan, a boy who grows up in a jungle among apes. His parents arrived on what they thought was an uninhabited island but died when Tarzan was a baby. The boy is taken in by the local population of apes, and he grows into a strong, courageous man who behaves more like an animal. However, Tarzan realises that he is different from the other apes. As a boy, he finds the cabin where his human parents lived and using his father’s books, teaches himself to read English, but he can’t speak it.

When a group of humans become stranded on the shores where he lives, Tarzan becomes infatuated by the young woman with them. The book explores the struggles Tarzan deals with as an outsider in both ape and human society. It’s full of adventure and unexpected relationships, which makes this book the perfect choice for those of us experiencing cabin fever.

The Diary of a Young Girl by Anne Frank

Most of us will never know what it feels like to be a Jew in hiding, but isolation might be the closest we ever come to empathising with Anne Frank even in the slightest. Anne kept this diary from 1942 to 1944 while in hiding during the Nazi occupation of the Netherlands. It recounts her and her family’s experiences during this time, but also offers many unique and insightful reflections on the state of the world and society. Her voice is innocent, but her words are timeless. Originally written in Dutch, her diary has since been translated to over sixty languages and published around the world.

Twelfth Night is a romantic comedy that is perfect for those of you looking for something to lift your spirits. It is believed to have been written between 1601 and 1602 for the Christmas season. The story is centred around the twins Viola and Sebastian after they’re separated during a shipwreck.

Viola disguises herself as a man and finds a place to live and work on the shore she washes upon. The house belongs to Duke Orsino with whom Viola falls in love. However, he is already in love with someone else. If the plot sounds familiar, that is because the 2006 film She’s the Man is a very loose adaptation of this play.