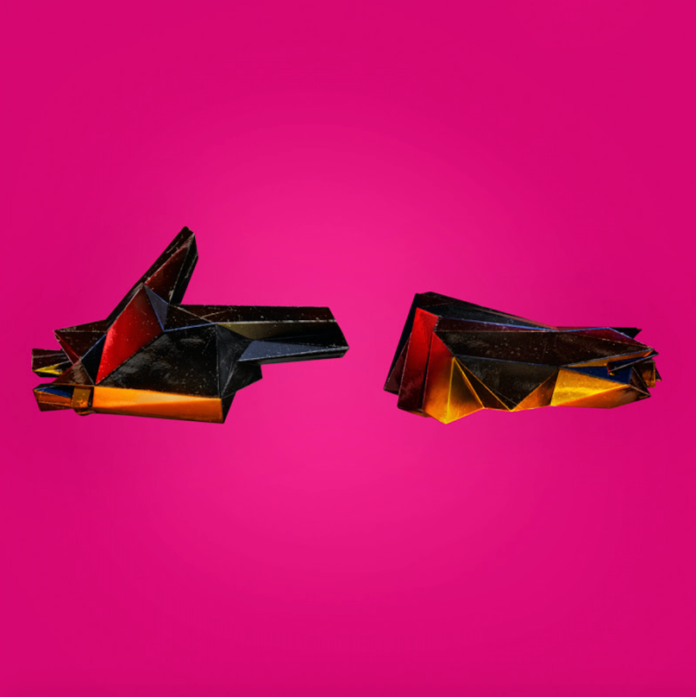 ‘Thieves! (Screamed the Ghost)’, a mid-album highlight from 2016’s RTJ3, closes off with a quote from Martin Luther King Jr.’s ‘The Other America’ speech that has recently been making rounds on social media: “A riot is the language of unheard.” The track itself imagines a dystopian sci-fi future that serves as an allegory of racism in America, confronting of the harsh realities of police brutality and systemic violence that have plagued the country for decades. The incomparable duo of Killer Mike and El-P paint a grimly vivid scene of a riot – “burning, looting, shooting, taking, thieving” – images we’ve become all too familiar with during the last few days. It’s so frighteningly prescient one could easily mistake it for a protest song recorded in direct response to the uprising over the killing of George Floyd.

But of course, that’s exactly the point –  much like that track, Run the Jewels’ latest full-length effort, released on June 3rd (two days before its actual release date), doesn’t feel so much like a reflection on the current political moment as much as a pertinent reminder of a long-standing pattern of abuse at the hands of a racist state. Even RTJ4’s most memorable lyric, which arrives once again at the midpoint of the album, isn’t in reference to George Floyd but to Eric Garner, a black man who was killed in horrifically similar circumstances six years ago: “You so numb you watch the cops choke out a man like me,” Mike raps, “Until my voice goes from a shriek to whisper—‘I can’t breathe’.” It would have been potent enough if it was written about George Floyd, but showing how it’s also about every black person whose life has unjustly been taken away really drives home the point that Mike and El-P have been making for years, be it through their music or through Mike’s activism.

But despite RTJ2’s success, RTJ3 was itself a musical riot that went largely unheard, though it had less to do with structural inequality than with the fact that it was released at the tail end of the year – even if it was the year that ushered in the era of Trump. The show Mike and El-P put on here isn’t that different – it’s still raucously fun, virulent, and bombastic all at the same time – but the stage has certainly changed, with more people watching than ever. Chances are, if you’ve heard a Run the Jewels album before, you don’t need to be told that RTJ4 is good – not as punchy as RTJ2 or as diverse as RTJ3, but it certainly doesn’t disappoint. The chemistry between the duo is more naturally effortless than ever, the production is blisteringly boisterous, and the lyrics can be both boastful and sobering. Even El-P, who’s often the less politically outspoken of the two, frequently steps out of his comfort zone to take aim at systemic oppression: “Funny fact about a cage, they’re never built for just one group/ So when that cage is done with them and you’re still poor/ It come for you,” he spits out on ‘walking in the snow’.

But there’s more to the album than just that chilling highlight, both in terms of sound and subject matter. RTJ4 is framed as an action comedy set in a world of chaos, with fiery opener ‘yankee and the brave’ introducing the rappers’ comedic alter egos as they run away from a swarm of police offers. There’s a sense of joyful frenetic energy that propels the album forward, from the catchy hooks of the classicist ‘ooh la la’ featuring Greg Nice and DJ Premier to the wildly infectious and enthralling ‘holy calamafuck’, whose thunderous production hints at RTJ4’s heightened dramatic flare. The propulsive synths and haunting backing vocals of ‘never look back’ sound like they’re coming straight from a horror movie, while ‘the ground below’ pulses with rock n’ roll dynamism. The grievous atmosphere of ‘pulling the pin’, featuring Mavis Staples Queens of the Stone Age’s Josh Homme, is eerily reminiscent of Nick Cave’s latest work, and there’s nothing quite as evocative as Staples’ chorus as she sings: “It hurts, I’m bein’ torn apart/ There’s a grenade in my heart and the pin is in their palm.”

As is to be expected, RTJ4 is filled with ruthless attacks on capitalism and its relation to various forms of injustice, but none is as biting and witty as ‘JU$T’, co-produced by Pharrell Williams and featuring Zach De La Rocha (who also made a noteworthy appearance on RTJ2), which includes one of the album’s most memorable punchlines: “The Thirteenth Amendment says that slavery’s abolished/ Look at all these slave masters posin’ on yo’ dollar.” But what makes the album stand out from the rest of the duo’s discography is not so much its barbed political commentary as the surprising amount of self-reflection that’s on display here, from ‘never look back’ to the closer ‘a few words for the firing squad (radiation)’. The latter is a 6-minute epic that builds and builds as Mike and El-P deliver knock-out performances; El-P looks inwards to offer some poignant truths about life (“I used to wanna get the chance to show the world I’m smart/ Isn’t that dumb?/ I should’ve focused mostly on the heart/ ‘Cause I seen smarter people trample life like it’s an art”), while Mike ruminates on his own image and legacy (“Friends tell her, ‘He could be another Malcolm, he could be another Martin’/ She told her partner, ‘I need a husband more than the world need another martyr’”).

The album’s tongue-in-cheek outro serves as a reminder that this is all just a work of fiction, and a darkly comedic one at that – but it’s a framing device that actually amplifies the truths that have been laid out throughout its tense 40-minute runtime. RTJ4 is as consistently rapturous as it is fierce, managing to stay true to its playful spirit without minimising the impact of its powerful message. That MLK quote is not the only sample from that RTJ3 track that has now taken on a new resonance – a snippet from the opening monologue to a 1961 episode of The Twilight Zone perfectly distills what’s at the core of the album’s thesis: “This is not a new world, it is simply an extension of what began in the old one.”

Album Review: Run the Jewels, 'RTJ4'‘Thieves! (Screamed the Ghost)’, a mid-album highlight from 2016’s RTJ3, closes off with a quote from Martin Luther King Jr.'s 'The Other America' speech that has recently been making rounds on social media: “A riot is the language of unheard.” The track itself imagines...