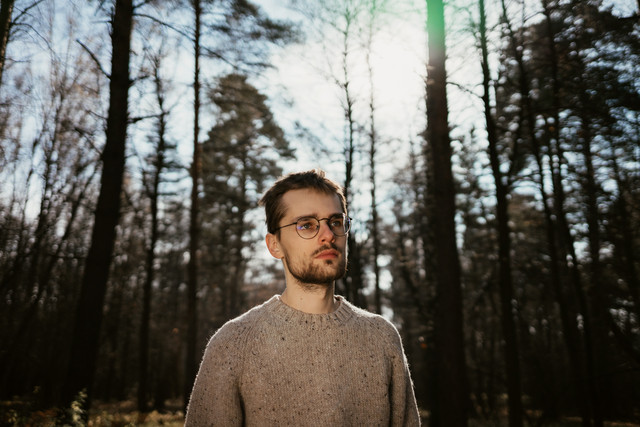 Welcoming us with an angelic-like voice, and a highly personal piece is Saer, a musical project by the British artist Simon Davies. In his latest piece, Saer takes on an emotional trip in which he explores his experiences of being next to his Father’s bedside in his last moments. Vocally and lyrically, this is a gorgeous piece by Saer who delivers a mesmerising, authentic and most of all, a sophisticated performance that sticks with you from the get-go. Start A Fire is not just an important mark in Saer’s discography but one in his personal life too.

We don’t know much about Sirotkin other than that they are one of the most impressive Indie bands to come out of Russia in recent years. While their biggest acclaim has been their cinematic videos for songs such as Выше Домов and Бейся Сердце, Время Биться, the band has been growing on us with one of their latest pieces С самых высоких скал, vocally reminding us of artists such as James Blake. If you’re looking for something a little different and new, you’ll love this one.

Lastly, on our Sound Selection, we have a dramatic, journey-filled piece named Sparkle by the Moscow-based artist Dmitry Evgrafov. With Sparkle, the talented Evgrafov explores more tensity, and action compared to his last two pieces N.94 and Illumination. Rhythmic constructions drive the piece with an evolving wave of force surrounding it, bringing us to a new room of Evgrafov’s music. In fact, Sparkle marks the first piece from his upcoming album Surrender which is due to be released on the 31st of July digitally, and with a limited release on vinyl on the 28th of August.

Talking about the album and its name Surrender, Evgrafov stated: “I surrendered to letting people into the sacred space of my musical processes; I surrendered to allowing them to help me; I surrendered to the fact that musically I cannot bite off more than I can chew, and that instead of trying to wrench the masterpiece out of me, it is better to just let the music flow through me and accept that it’s okay if it’s not as perfect as I wanted it to be. I surrendered to new approaches and ways of music creation.”