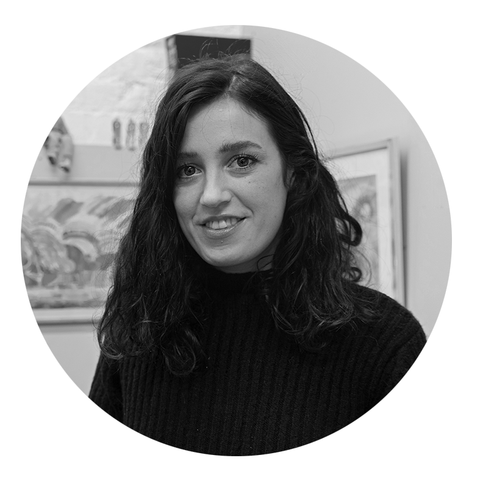 Isabel Garrett is an award-winning Welsh animation director whose work utilizes elements of stop motion, puppetry, and live action to explore the intersection between strangeness and beauty. Her most recent animated short, Listen to Me Sing, which we caught at the Manchester International Film Festival this March, is a stunningly unique effort whose story revolves around a miserable hotel performer who falls love with a walrus. Winning Best Animation at the BAFTA-qualifying Underwire Festival, the film showcases the filmmaker’s knack for conjuring surreal worlds inhabited by characters that are conceptually subversive and wonderfully rendered on a technical level. The effect is both uncanny and subtly funny, like a strange dream you can’t quite shake.

We caught up with Isabel to talk about Listen to Me Sing, her influences, and future plans.

What drew you to the world of animation?

I love the diversity that comes with animation. You can create any world, tell any story, and have a choice in every aspect of its design. It’s a particularly visual way of telling stories; because everything is made there’s a very definite choice behind the way everything looks. It lends itself to the surreal, weird, slightly odd stories.

What about stop motion in particular interests you?

The tactility of stop motion is something I really love, it’s quite a simple thing but the fact that everything’s real and made by hand gives it an inherent feeling of life even before it’s animated. I think a lot about materials and the design of a world while I’m writing a story, for me the choice of materials, texture, design and so on is just as powerful in telling a story as anything else.

What were some of the ideas that went behind Listen to Me Sing?

Most of the things I write tend to be about relationships, in particular I’m really drawn to our relationships with our pets, with wild animals and with the natural world in general. We have a tendency to project our own experiences onto animals in order to make sense of their world, so the idea behind Sophie and the Walrus is just that- they’re similar in many ways, they’re made of the same stuff, they sound similar and they’re both misunderstood by the world they find themselves in. But the Walrus is there to represent Sophie’s primal self, the bits of her she’s forgotten.

Could you talk about the making of the short? Any challenges you faced during filming or post-production?

Making the film was a mixture of being really fun and really intense. We had about 18 months to develop the script and make the film, and it was the first time I’d worked on something so big before, with so many people, sets, puppets etc. The most exciting thing I learned was the joy of collaborating. I was used to making, lighting, editing everything myself, but there’s something so magical about working with people who are all brilliant at what they do to make something far more accomplished than I could have imagined.

How was it different from your previous efforts?

It was more ambitious in scale than anything I’d done before, and narratively a little more confident than any of my previous films.

How has the reaction been so far?

The reaction’s been lovely so far, and personally the film’s helped me confirm more clearly the sort of stories I want to tell

What are you working on currently, and what are your plans for the future?

I’ve had a few commissions over lockdown which have been really fun. I’ve also been very slowly writing a graphic novel which I’m super excited about, and in very early stages of developing a new short film!