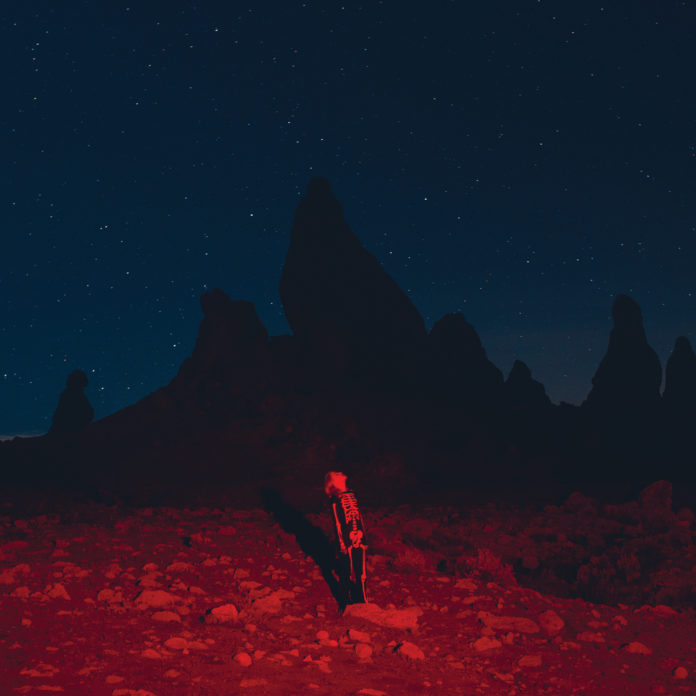 Phoebe Bridgers doesn’t need much more than a guitar and her voice to bring tears to your eyes – anyone who’s listened to her stunning 2017 debut Stranger in the Alps can attest to that. But the singer-songwriter’s music goes far beyond what you’re likely to find on any sad indie playlist; her songs are wrapped in melancholy, sure, but that’s not why they’re likely to evoke that reaction. Bridgers’ arrangements carry with them a depth of feeling, a kind of intense sensitivity accompanied by a knack for wry storytelling that comes as close to capturing the overwhelming absurdity of the human condition as possible. Her music avoids platitudes, reaching instead for the kind of emotional truths most artists are too scared to confront.

Bridgers’ second album, Punisher, is still centered around a guitar and her voice, but it also finds the singer-songwriter pushing her sound forward in ways that are both interesting and ambitious. She utilizes a plethora of different instruments – from horns to a variety of stringed instruments and even a hint of heavy metal shredding on the epic closer ‘I Know the End’ – but the expansive approach of the album only serves to amplify the intimate qualities she had already mastered on Stranger, carving out a bigger space for her wrenching compositions to settle into. Punisher also includes contributions from a wide range of artists, including previous collaborators Lucy Dacus, Julien Baker, and Conor Oberst on guest vocals, guitarist Blake Mills, Yeah Yeah Yeahs’ Nick Zinner, and Warpaint’s Jenny Lee Lindberg. But these cameos never detract from Bridgers’ vision. Following a string of releases that showcased her collaborative spirit, including 2018’s excellent boygenius EP with Baker and Dacus and 2019’s Better Oblivion Community Center with Oberst, Punisher pulls Bridgers’ singular artistic voice back into focus, further cementing her status as one of indie rock’s most unique storytellers.

To be more precise, though, the songs here don’t so much settle into the album’s atmospheric soundscapes as much as they are submerged into them. ‘DVD Menu’ opens the album with ominous strings and liquid guitar tones that make it feel like you’ve just fallen underwater, struggling to swim back to the top as your consciousness fades in and out. The rest of the album, too, is concerned with trying not to let the crushing weight of your emotions drag you down, to keep picking yourself back up and become more self-aware instead of dissolving into some kind of dream state. “I don’t know how, but I’m taller/ It must be something in the water,” she sings on the dreamy ‘Garden Song’, just after recounting a recurring nightmare where a “screen turns into a tidal wave”. The very same thing that can drown you, Bridgers seems to suggest, can help you grow.

The album continues to waver between dream worlds and reality. Accompanied by nylon guitar chords, ‘Moon Song’ sees Bridgers shifting from past to present tense just as we enter yet another dream, this time “nautical themed”, before being presented with the stark image of “You might be dying/ But you’re holding me like water in your hands.” Bridgers’ lyrics can be abstract and powerfully symbolic, but they can also be harrowing yet morbidly funny in their specificity. On the very same track, Bridgers sings, “We hate Tears In Heaven/ But it’s sad that his baby died/ And we fought about John Lennon/ Until I cried.” At times, the thoughts being laid out here are so grisly that it feels less like listening to a record than intruding into the most private parts of someone’s mind, like on the song ‘Halloween’, which opens with: “I hate living by the hospital/ The sirens go all night/ I used to joke that if they woke you up/ Somebody better be dying.”

If you’ve never heard of Phoebe Bridgers’ music before, you’re probably thinking, “Wow, that’s a lot of death.” But though the singer-songwriter’s obsession with death dates back to her 2015 Killer EP, what makes Punisher stand out is the way it blurs the line between death as metaphor and death as reality. On ‘Savior Complex’, a song about an “emotional affair/ overly sincere”, she describes the demons of her past as skeletons, then offers an emotional trade-off: “Show me yours, and I’ll show you mine.” On ‘Kyoto’, she once again assumes the role of the killer, threatening to “kill you/ if you don’t beat me to it.” Elsewhere, though, she confronts the inevitability of death with haunting earnestness: “I think when you’re gone, it’s forever,” she admits on ‘Chinese Satellite’. Yet her desire to transcend the limits of mortality comes up more than once, most potently on the title track, in which she imagines having an encounter with the late Elliott Smith. “What if I told you/ I feel like I know you?” she sings on the chorus.

It all culminates with ‘I Know the End’, an explosive 6-minute track about a literal apocalypse that erupts into a chaotic whirlwind of horns, screams, and a chorus of vocals from Bridgers, Oberst, Dacus, Baker, Bills, and others chanting “The end is here.” A song about the end of the world hits differently right now, especially when closing off an album whose prevailing sentiment is one of crushing isolation. But Punisher is a soundtrack to the apocalypse as experienced by those who are faced with feelings of existential dread and loneliness on the regular, who “romanticize a quiet life” and are “not afraid to disappear” (‘I Know the End’), who have “been playing dead” all their lives (‘I See You’). Those who know what the end feels like. And yet, it doesn’t romanticize death as much as it yields up to it, and with searing force. In context, the line “we’re not alone” appears to be a reference to extra-terrestrial life, but when so many voices come together to deliver it, it becomes much more than that. It’s an act of collective defiance – and Punisher is nothing short of a triumph.

Album Review: Phoebe Bridgers, 'Punisher'Phoebe Bridgers doesn’t need much more than a guitar and her voice to bring tears to your eyes - anyone who’s listened to her stunning 2017 debut Stranger in the Alps can attest to that. But the singer-songwriter’s music goes far beyond what you’re...