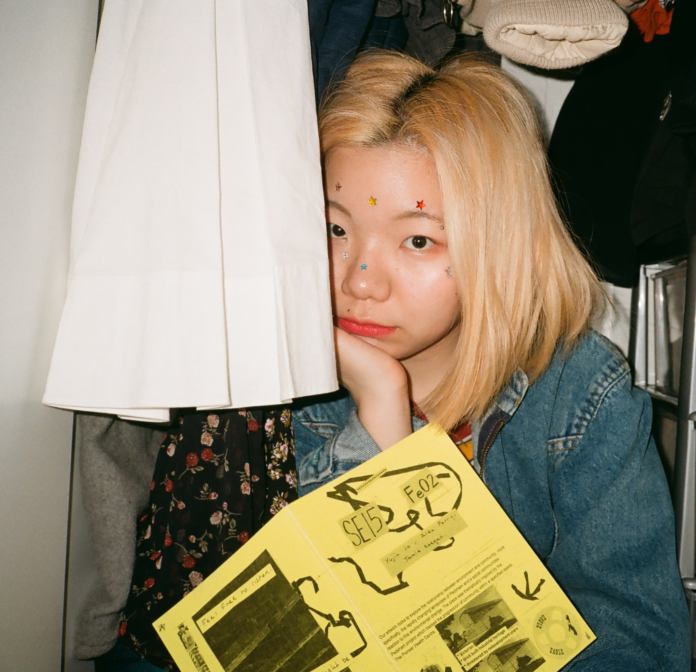 Nijuu’s music feels like being submerged underwater. On her debut EP, fittingly titled nijuu in the sea, the London-based, Korean-born dream pop artist sings about exactly that — but as she explains, she doesn’t refer to the ocean as a real space, but as an illusive world where she feels the most free. When she was fourteen, she says, she used to imagine the whole world as an ocean, each person a different sea creature. She evokes the same kind of youthful innocence and imaginative spirit on her latest project, in which her intimate, vulnerable vocals are soaked in delicate but wondrous arrangements. While tracks like the ethereal opener ‘BLUE’ and follow-up ‘Deep Down’ hint at a clear dream pop direction, the self-produced recordings stand out with a kind of clarity that can be hard to find in the DIY genre. Moments like the stand-out piano ballad ‘i wanna be strong’ or the tender closer ‘IF’, meanwhile, are more reminiscent of the plainspoken honesty of something off Soko’s I Thought I Was an Alien. “If your eyes close/ I could be your eyes,” she sings amidst icy pianos on the closing track, “I’ll walk by your side/ You don’t need to hide.” As she swims around her own little world, Nijuu makes the water look a little bit clearer, and life just a little bit simpler. And we can’t wait to dive into more.

We caught up with Yujin Jo aka Nijuu for this edition of our Artist Spotlight series, where we showcase up-and-coming artists and give them a chance to talk a bit about their music.

How did you start making music?

Since I was really really young, like 4 or 5? I played classical piano and at the same time I loved to write poetry or short lyrics. I really loved writing lyrics, and when I was 14 I learned 3 chords on guitar and then I made melody with lyrics with the chords I’d just learned! That was how I started writing music.

My sound on this EP is inspired by the ocean and the world I feel. I wanted to make it sound like the water and how it flows…

What was the inspiration behind your new EP, nijuu in the sea?

“the sea” that I sing of is not a real space. The far away sound and illusive ocean world was the clearest and most free world to me. Ironically like you won’t stay in your mother’s womb, we have to go out to the world. So I made this album with the desire to leave the world where I could understand and live alone, now step forward to live a life and make relationships with people.

First of all, I used drum samples and recorded synths, keys, guitars, vocals at home. And I asked my band mates Joe and Jamie to play real drums and bass. So we recorded drum, bass and their backing vocals on studio. And then while editing and mixing the sounds me and Joe added synths, FX stuffs.

I’ll keep making music, for the future I might release new albums and next year I want to play on festivals with my greatest band mates!