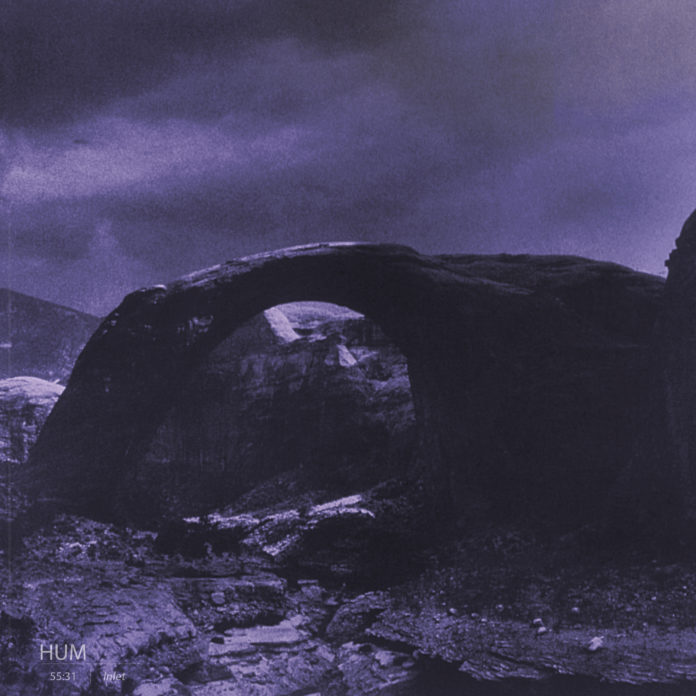 Inlet, Hum’s first new material in as long as I have been alive, dropped with practically no warning one Tuesday in June, as if it’d fallen straight through the atmosphere. It’s not like the space-rock band had vanished off the face the earth for the past 22 years – more like hovering through the ether, if you will, playing a handful of shows here and there and later revealing they were working on new material. But there was no official announcement, no promotional cycle leading up to the release of the album, which follows 1998’s Downward is Heavenward – a record that failed to emulate the success of their fluke single ‘Stars’, mostly because it wasn’t trying to. If the band was known for doing their own thing before, they’ve pulled their esoteric qualities further into focus here, refining their sound and letting the music speak for itself. Not since fellow shoegazers Slowdive made their big comeback in 2017 has an act so influential and emblematic their time returned with such a clear vision. Except that Inlet doesn’t just reaffirm Hum’s status as experts at creating mood, nor does it simply remind listeners just how much their genre-blending approach has echoed through the alternative music landscape of the 21st century. It also might just be the band’s best full-length record to date.

Well, it certainly is their most solid collection of songs yet, more in the literal sense of the word: hefty, dense, strapped firmly to the ground, but never oppressive. Opening track ‘Waves’ sounds just as its title would imply, but Bryan St. Pere’s pummelling drums and Matt Talbott’s thunderous riffs are so heavy they also double as the rock against which Tim Lash’s luxurious lead guitars soar. As shoegaze openers go, it’s almost My Bloody Valentine ‘Only Shallow’ good, except slowed-down and without all the added layers of electronics. The same kind of searing force roars through the rest of the album, from the propulsive ‘In the Den’ to the somewhat more conventional ‘Step into You’, the only song here that clocks in at under five minutes. Yet the album’s most earth-shattering moments also happen to be its sludgiest, from the ethereal echoes of ‘Desert Rambler’ to the absolutely towering riffs of ‘The Summoning’, stomping their way through the song’s near 9-minute runtime. The band might have made a name for themselves for meshing a dozen different micro-genres, but the power of a track like that is pure classic metal.

Hum’s signature blend of shoegaze, alternative metal, and post-hardcore may have now become a staple for many acts, but where others use it as a backdrop for epic tales spanning through the ages, Talbott’s lyrics turn inwards. The writing here doesn’t just fit the album’s overall sound – on many occasions, it serves as an apt evocation of it: ‘The Summoning’ is a “burning giant”, while on ‘In the Den’, “you feel the ground move”. With tracks like ‘Desert Rambler’ and ‘Cloud City’, the two words in the title are enough to get a sense of exactly what you’re being handed. But more than just describing the album’s sound, Talbott’s lyrics manage to capture feelings of loneliness and depression in a way that’s both crushingly direct and beautifully poetic: “I feel they know that I’m all alone/ The stars are strange and this isn’t home,” he sings on ‘In the Den’; the lines that open the record, “Waves of lost hope, venom is in my head/ They fill my days with sorrow”, are also some of its most potent.

But the Inlet’s most wrenchingly elegiac moment comes at the very end, with the closing track ‘Shapeshifter’. Following the almost three minutes of ambient noise that closes off ‘Folding’, conjuring images of disintegration and death, ‘Shapeshifter’ returns to the album’s robust sound, reclaiming its form, before slowly dissolving again, the wall of distortion giving way to cleaner, reverb-drenched guitars. It’s also an unexpectedly narrative-driven track, with Talbott singing about becoming a butterfly, then a fawn, then a bird, travelling “to heights unimagined, ’til loneliness turned back its hold”. At this point, it seems unlikely that the album will end on anything but a sour note, and it nearly doesn’t, until the song’s shimmering melodies line up with Talbott’s final couplet: “Suddenly me just here back on the land/ Reaching for you and finding your hand.” For an album that drags everything out until the feeling swallows you whole, it might seem strange that we’re not allowed to hold onto that one moment of hope. But the fact that it’s there, suggesting a whole other life after the reverb fades out and the skies sort of clear up, makes it all the more powerful.

Album Review: Hum, 'Inlet'Inlet, Hum’s first new material in as long as I have been alive, dropped with practically no warning one Tuesday in June, as if it'd fallen straight through the atmosphere. It’s not like the space-rock band had vanished off the face the earth for...