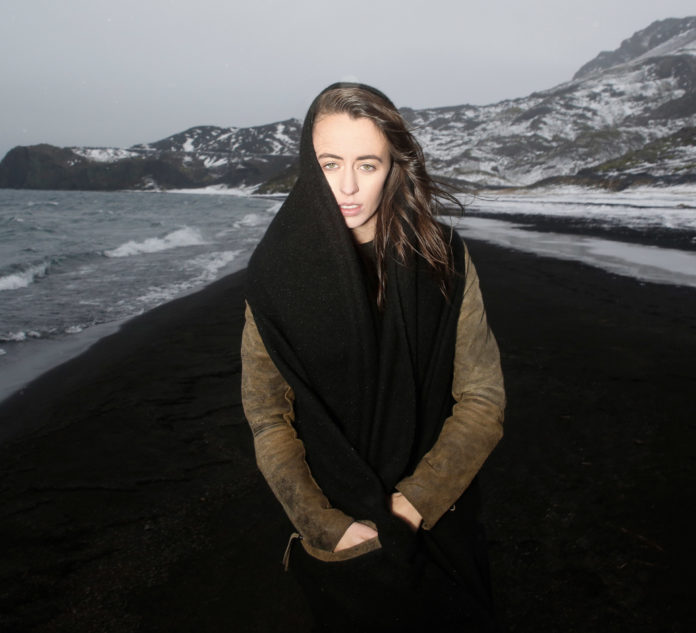 The project of Australian singer-songwriter Sophie Payten, Gordi’s music is powered by the kind of stark emotional honesty that lies at the center of any great ballad. ‘Aeroplane Bathroom’, the track that properly starts off her sophomore album, serves as a striking introduction to the rawness of her songwriting, one that sits comfortably near the top of the most soul-crushing piano ballads of the year. Written on a flight from Australia to Europe, Payten had a lot on her mind: “I can’t get my shit together in this aeroplane bathroom / I’m wondering why I haven’t seen myself before,” she sings. Stripping down a lot of the layers that made up her indie pop debut Reservoir in 2017, Our Two Skins manages to carry the sense of intimacy that’s implied in the album’s title throughout its runtime, aided by previous collaborators Chris Messina and Zach Hanson (both of whom have worked with Bon Iver’s Justin Vernon, whose influence can be heard throughout the album’s tender palette). The equally wrenching vulnerability of tracks like ‘Volcanic’ and ‘Radiator’ makes the album’s more hopeful moments feel all the more earned, like the heartfelt ‘Extraordinary Life’, where Payten proclaims “It’s like you’re in my chest/ It’s like you’re in my lungs”. The slow-burning ‘Free Association’ is the kind of cinematic closer an album like this deserves: Our Two Skins is not only a beautiful record, but one full of revelations.

We caught up with Sophie Payten for this edition of our Artist Spotlight series, where we showcase up-and-coming artists and give them a chance to talk a bit about their music.

Sitting in the car with my grandmother. She would drive me into town and teach me old songs and I’d sit in the front seat and barely be able to see over the dashboard. I don’t really remember a time when I didn’t sing or hum. Before I discovered records I was really just learning catholic church hymns. But then I came across ‘Stranger’ by Billy Joel and it probably made me fall in love with music.

Early on I was listening to Billy Joel, Carole King, James Taylor, Eva Cassidy, The Beatles – I think most of us grow up listening to our parents’ records. When I turned 12 I was given the debut record of an Australian artist named Missy Higgins; that was a real turning point for me. It was the first music that truly resonated with me on a lyrical level because of the personal, diary-entry style. A little while later, my aunty showed me ‘Alas, I Cannot Swim’ by Laura Marling, which continued me on that folk journey. My brothers got me listening to The Tallest Man on Earth, The Postal Service and Bloc Party. I discovered Bon Iver and Sigur Ros and Death Cab, then Asgeir, Sharon Van Etten, The National and Perfume Genius. I could literally go on forever.

What were some of the ideas that went into the making of Our Two Skins?

Essentially we wanted every aspect of the record – the sonics, the songs, the visuals – to all look and feel like the place in which the record was made. We made it on my family farm outside a small town called Canowindra. Throughout the album you can hear a lot of sounds that we recorded with a field recorder around the property; revving vehicles, swinging gates, clashing chains.

The name ‘Our Two Skins’ tries to capture a lot of the ideas in the songwriting; intimacy between two people, death and grief, and finding an identity in the world’s landscape. At the time I wrote this record, Australia was voting on same-sex marriage while I was falling in my love with my friend. There is a particular kind of isolation that comes with being told your rights are limited because of something you cannot change about yourself. It was a turbulent time of trying to maintain a sense of self-worth.

How was your approach different from your debut album, Reservoir?

‘Reservoir’ was my first album and I recorded it between Reyjakvik, New York, LA, Eau Claire and Sydney with a number of different people. I wrote the songs over a period of a few years and then looked back at them and thought – what is the story I’m trying to tell? I had a string quartet on the record, horns, thickly layered vocals; it was like a rich soup.

‘Our Two Skins’ is very different. I recorded it in a cottage on my parents’ farm with Chris Messina and Zach Hanson in 4 weeks. The story of the album is very linear, starting with ‘Aeroplane Bathroom’ and ending with ‘Sandwiches’. We purposely put limitations on the process – we had a small number of instruments, pedals and recording gear which we had to predetermine. The essence of the record was about what felt true to the songs and we were committed to this idea; what is the least amount of stuff we need to tell this story? Where ‘Reservoir’ was a rich soup, ‘Our Two Skins’ is bare bones; no bells and whistles.

What are your favorite tracks from the new album?

That will largely be determined by the pandemic. I’m hoping I’ll be able to play some shows in at least Australia and New Zealand. This month I am playing a live streamed show with a band from the Sydney Opera House. At the moment I’m also taking time away from my other career, which is working as a doctor. I’m going to start a Masters in Public Health this semester while the world is somewhat on pause. And of course; I will write.

Gordi will play a livestreamed launch gig for Our Two Skins on Saturday, July 25 at 9pm, from the Sydney Opera House. Find more info here.