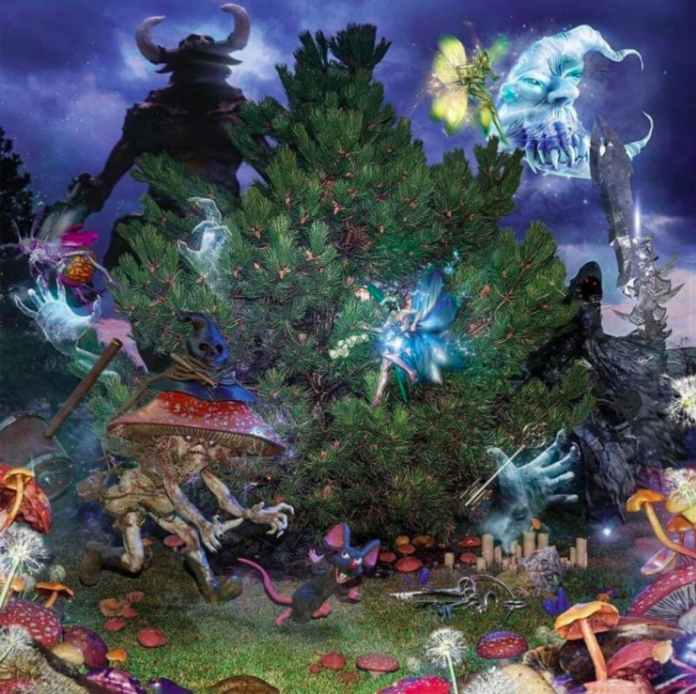 100 gecs’ abrasive 2019 debut LP stuck out as such a jarringly singular DIY project from experimental pop duo Laura Les and Dylan Brady that it was hard to imagine any guest features being laid on top of it. The group’s hyperactive, maximalist approach already functioned much like a remix album, stitching together elements of bubblegum pop, metalcore, indie rock, and hip-hop and then throwing them all in a high-speed blender. So when 100 gecs announced their new, star-studded remix album, one had to wonder: would it be an attempt to make some of the songs off 1000 gecs appeal to a larger crowd, or would it serve as a vehicle to crank up their already whiplash-inducing sound to… well, a 1000?

The answer, of course, is a bit of both. Though, unsurprisingly, accessibility is never the goal here as much as it is an occasional side-effect, with Les and Brady aiming for just pure fun – whether it comes in the form of the catchy-as-hell ‘ringtone’ remix featuring Charli XCX, Kero Kero Bonito, and Rico Nasty or the playful, adrenaline-fuelling ‘stupid horse’ remix with GFOTY and Count Baldor, which kicks off with the sound of an actual horse. Elswhere, ‘xXXi_wud_nvrstøp_ÜXXx’ has been turned into a full-on Eurodance banger, complete with a tongue-in-cheek Pitbull impression courtesy of Estonian rapper Tommy and sweet AutoTuned vocals from Hannah Diamond. The pop singer is one of the many PC Music affiliates who appear on the album, including label head A.G. Cook, who lends a polished, glossy sheen to opener ‘money machine’, a perfect introduction to an album that mostly runs as a more polished yet equally chaotic and rapturous version of its predecessor.

These collaborations are far for surprising – Brady recently co-produced much of Charli XCX’s quarantine album, how i’m feeling now – and in that sense, 1000 gecs & The Tree of Clues highlights the participatory culture that permeates the hyperpop scene. But the duo aren’t afraid to go the extra mile and serve up something that seems to have come from an entirely different universe, like the stand-out ‘hand crushed by a mallet’, which enlists Fall Out Boy’s own Patrick Stump as well as Chiodos’ Craig Owens and singer-songwriter Nicole Dollanganger to deliver a fiery remix that does emo revival better than most emo acts of the 2010s.

The track’s unrelenting fusion of screamo and electronic music is the first real sign that 100 gecs’ wild-eyed adventurousness hasn’t gone anywhere. If much of first half of the album hints towards a less ear-piercing – but never conventional – direction, the second half is stacked with rougher remixes that are mostly varied enough to warrant their inclusion here. The umru remix of ‘ringtone’ drifts through constantly-mutating percussion before ending with a slowed-down guitar solo, while the ‘745 sticky’ remix featuring Canadian noise pop duo Black Dresses takes the crown for the most nightmarish track on the album. The previously amorphous ‘gecgecgec’, meanwhile, has been transformed into a fleshed-out blend of hip-hop and melodic indie pop featuring Lil West and Tony Velour that boasts one of the record’s more wrenching hooks.

Unfortunately, some of the remixes in the second half don’t quite stack up to the ones in the first, including the 99jakes remix of ‘xXXi_wud_nvrstøp_ÜXXx’ or the N0thanky0u-assisted ‘hand crushed by a mallet’; the Dorian Electra-featuring ‘gec 2 Ü’ is one notable exception. None of the remixes are bad, though – unless you already weren’t a fan of 100 gecs, in which case you probably have no reason to listen to this – and the fact that the album is hardly meant to be listened to from start to finish mostly invalidates that criticism. Similarly, the two live tracks and previously unreleased cuts are best seen as bonus tracks more than any kind of coherent ending to the album.

The new tracks in question, ‘toothless’ and ‘came to my show’, serve as reminders – not that they really were necessary – that the power of 100 gecs’ music rests on the duo’s originality more than any guest feature. Despite the blood-pumping pop-punk energy of ‘toothless’, though, it’s the heartfelt sincerity of ‘came to my show’ that stands out the most, a full-hearted display of affection that dismantles any wrongful assumption that gecs’ music is “post-ironic”. It would have made for the perfect closer, but then again, if Laura Les and Dylan Brady were aiming for perfection, nothing on 1000 gecs & The Tree of Clues would be quite as good as it is.

Album Review: 100 gecs, '1000 gecs & The Tree of Clues'100 gecs’ abrasive 2019 debut LP stuck out as such a jarringly singular DIY project from experimental pop duo Laura Les and Dylan Brady that it was hard to imagine any guest features being laid on top of it. The group's hyperactive, maximalist approach...