Last week, Sylvan Esso teased us with their first new song in two years, the 90-seconds-long ‘What If’. Now, the indie duo have announced a new album called Free Love, set for release on September 25 via Loma Vista. The group, consisting of Mountain Man’s Amelia Meath and Megafaun’s Nick Sanborn, also shared a new single titled ‘Ferris Wheel’. Check it out below, and scroll for the album’s tracklist and cover artwork.

In a press release, the duo explained the inspiration behind the new 10-track LP: “It’s a record about being increasingly terrified of the world around you and looking inward to remember all the times when loving other people seemed so easy, so that you can find your way back to that place.”

Free Love is the band’s third studio album and follows 2017’s What Now. A few months ago, Sylvan Esso put out a live album and concert film called WITH. 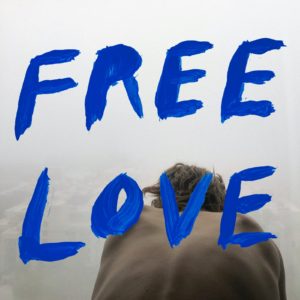