Future Islands Announce New Album ‘As Long as You Are’, Share New Song

Future Islands have announced their sixth studio album, As Long As You Are. The follow-up to 2017’s The Far Field comes out October 9 via 4AD and contains the previously released ‘For Sure’ and the newly unveiled single ‘Thrill’, which comes with a one-take video created by and starring frontman Samuel T. Herring. Check it out below, and scroll down for the album’s cover artwork and tracklist.

As Long As You Are marks the first album by the band to include a fourth member, drummer Mike Lowry, in addition to the three-piece lineup featuring Herring, William Cashion and Gerrit Welmers. The band also handled some of the production for the first time in a their decade-and-a-half-long career, working alongside producer and engineer Steve Wright at Baltimore’s Wrightway Studios.

In September of last year, the band previewed seven new tracks during a show at the Pearl Street Nightclub in Northampton, Massachusetts: ‘The Painter’, ‘Hit The Coast’, ‘Born In A War’, ‘Thrill’, ‘B.Ham’, ‘Plastic Beach’, and ‘Moonlight’, all of which appear on the new album (with the apparent exception of ‘B.Ham’).

As Long As You Are Cover Artwork: 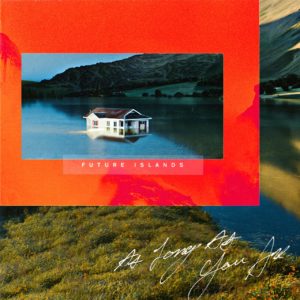 As Long as You Are Tracklist: