These 2 YA Adaptations Should Have Changed The Original Story 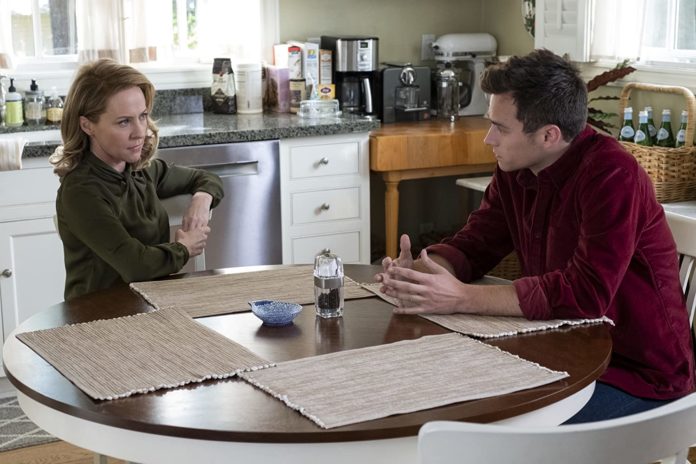 13 Reasons Why stars Katherine Langford as Hannah Baker, a student new to Liberty High who commits suicide. She’s not the main character, though; Clay Jensen (Dylan Minnette) is her shy, awkward classmate and colleague who receives a box of tapes one day. Hannah recorded the tapes before her suicide, and she made one for each of the thirteen reasons she killed herself. Since Clay received the recordings, he knows he’s one of the reasons.

Each episode is dedicated to a tape, recounting stories of bullying, toxic masculinity, entitlement, sexual assault, exclusion, and more. By the end of the series, viewers should feel sorry for Hannah, and they do–but the series also makes her suicide seem a little too much like revenge. Many viewers thought the show glorified suicide.

The last straw for Hannah is her visit to Mr Porter, the school counsellor. He fails to understand her and doesn’t question her enough about what she’s going through. On the other hand, Hannah is nervous and vague because she’s never spoken about her feelings with anyone. But she also counts on Mr Porter’s failure, wanting him to prod further after she refuses to be open with him, but also knowing that he won’t. She even wears a recording device to prove his inadequacy in her tapes; again, this feels vengeful and spiteful.

The tapes she leaves feel like they’re meant to haunt her classmates, not help them to understand the consequences of their actions. While it’s important for the characters to know how they’ve done Hannah wrong, it’s also important to show a solution to this problem. Instead, they’re left to deal with very adult issues on their own. None of the adults in the series offers much help, to the point where Alex names it as one of the thirteen reasons she attempts suicide.

Three extra seasons–none of which have anything to do with the standalone book–are not enough to present the solutions that the school system so desperately needs. In season 2, Hannah’s parents launch an investigation into the school’s involvement and lack thereof, which results in Mr Porter’s dismissal. This conclusion is not exactly a victory for the Bakers or anyone involved. A more progressive take on this storyline might have seen Mr Porter learn about how he could have done better.

In fact, the series, in general, would have benefited from a more optimistic outlook. The show is already so dark–much darker than the novel–and leaves viewers feeling hopeless. Increased suicide rates were linked to the show’s viewership when it first premiered. The best thing for the show would have been to omit the suicide altogether.

Of course, no suicide means no series. Or does it? Perhaps Hannah records these tapes and maybe even sends them out, but Mr Porter, or her parents, or even one of her classmates stops her before she can go through with it (the graphic scene was recently edited out of the series). Showing viewers a constructive, open conversation where nobody feels ashamed to speak out would have been a much more hopeful and useful story. The series claims that it’s trying to start conversations, but it doesn’t show its young viewers how.

The subsequent three seasons are not necessary to tell the story of the book, so altering the ending would have little impact on the success of the series. Not to mention, after the first season, viewership plummeted, and critics reviews took a significant turn for the worse. Similarly, altering the ending of All the Bright Places wouldn’t have impacted the film’s success or its core message.

Based on Jennifer Niven’s 2015 novel of the same name, the film follows Violet Markey (Elle Fanning) and Theodore “Finch” Finch (Justice Smith) as they form a relationship in the aftermath of a car accident that killed Violet’s sister. Early in the film, it becomes clear that Finch is facing some inner struggles of his own. The film handles teenage mental health reasonably well and shows a guidance counsellor who seems to care about students like Finch. He even encourages Finch to join a support group, and he does.

However, the film’s third act is where the story unravels. The book splits the focus between Violet and Finch equally, but the film is much more focused on Violet. When Finch starts disappearing, the audience isn’t privy to Finch’s thoughts; we see him from Violet’s perspective. She doesn’t understand where he’s going or why. In the book, readers spend more time with Finch and understand that he needs time to be away from reality because he’s not himself.

Violet and Finch first become friends when they team up for a school project. They must travel around Indiana and find locations to create a report about. One of the places Finch shows Violet is the Blue Hole, somewhere he often retreats to when he needs to be alone. He likes to try swimming to the bottom because he says it’s a portal to another dimension, but this worries Violet.

At the end of the book, Finch has disappeared for the most extended period of time yet, and readers know that he’s gone to the lake and drowned. However, his narration suggests that it might not have been an accident. He feels euphoric and liberated, thinking he’s about to reach the bottom of the Blue Hole at last. Whether he intends to drown is unclear; the ending is ambiguous and left to the reader’s interpretation but completes the book in a way that offers a degree of closure.

Admittedly, the ambiguity of this scene is difficult to translate to the screen. Without Finch’s narration, the film relies on Violet’s perspective of the moment. Viewers don’t see Finch travel to the Blue Hole, or his expression as he dives in, or how he feels as he swims to the bottom. We only see Violet realize too late what has happened as she arrives and finds his clothes strewn on the shore.

Because of this one-sided perspective (and none-too-subtle foreshadowing), the film suggests that Finch’s death is intentional; the last time viewers see him, he’s dull and unhappy and not himself. His last interaction with Violet is negative, whereas in the book, he seems content in his final moments, and in a right place with himself and with Violet. In any case, having his possible suicide take place at the place where he feels like he can be himself suggests that suicide sets him free of his struggles. Furthermore, the film’s portrayal of the aftermath presents his death as a positive learning experience for Violet.

In interviews, the cast and creators have confirmed that the message they’d like viewers to take away is to seek help – but Finch does seek help, and it doesn’t seem to help him. He confides in people who love and care about him (he doesn’t have any friends in the book, but he has a small group in the film), sees a counsellor, attends a support group, and supports Violet through her struggles. The film would have succeeded in delivering its message if these actions had helped Finch in some way.

An alternate ending might have seen Violet arrive at the Blue Hole to find Finch on the shore, indecisive about what to do, just as he finds Violet standing at the bridge at the beginning. This ending could have brought the story full circle, and show audiences that support can be found by opening up to people. Instead, the people around Finch are comfortable with him disappearing for days at a time and allowing this behaviour to continue. Nobody is surprised to learn of his death except for Violet.

The creators of both 13 Reasons Why and All the Bright Places claim that the stories they’re telling are cautionary tales, but both end up glorifying suicide. After Finch’s death, Violet’s memories of him become fonder. She explains that his memory will help her moving forward, but had he lived. Her character arc would have been the same; Violet has learned from Finch’s life, not his death. 13 Reasons Why, on the other hand, shows the characters learn about how they hurt Hannah Baker. Instead of emphasizing the way these characters change their behaviour after her suicide, the series shines a spotlight on Hannah’s posthumous revenge.

In both cases, these outcomes are likely unintentional. Violet’s happy ending is a result of everything she learned from Finch, but her lack of grief suggests that she’s also happy that he chose to leave his troubled existence. In 13 Reasons Why, the central message of the first season is to be careful how to treat others and that one can never know what someone else is going through. However, both of the stories could have conveyed the same message without their characters committing suicide.

The time for merely raising awareness has passed; these two adaptations could have sent more optimistic messages by showing their characters seeking help in an accessible manner, and one that results in a successful outcome. This would empower viewers and leave them feeling hopeful.

If you're having suicidal thoughts, it's important to tell someone. Call a crisis line