Weezer have shared a new track for the upcoming Bill & Ted Face The Music film called ‘Beginning of the End (Wyld Stallyns Radio Edit)’. It arrives with an accompanying music video directed by Brendan Walter. Check it out below.

The version that will appear on the Bill & Ted soundtrack is an edit by Wyld Stallyns, the fictional band fronted by the film’s characters (played by Keanu Reeves and Alex Winter). A different version of the track is also expected to appear on the band’s forthcoming album, Van Weezer, which is set to come out in May 2021. As Stereogum notes, Billy Joel appears to have a writing credit on the track, which frontman Rivers Cuomo addressed on his recently launched online chatroom Riverchat: “Just a clearance thing. Very common in recent years. I don’t think Billy Joel’s written a song since the 90s.”

The Bill & Ted soundtrack is out August 28th, the same day the film will hit on-demand services. It also features contributions from Mastodon, FIDLAR, Lamb Of God, Cold War Kids, and others. You can check out the full tracklist below, along with the official cover artwork. 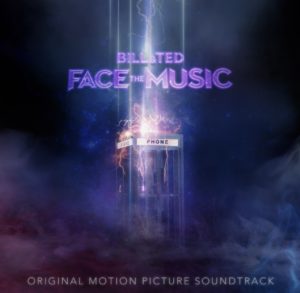