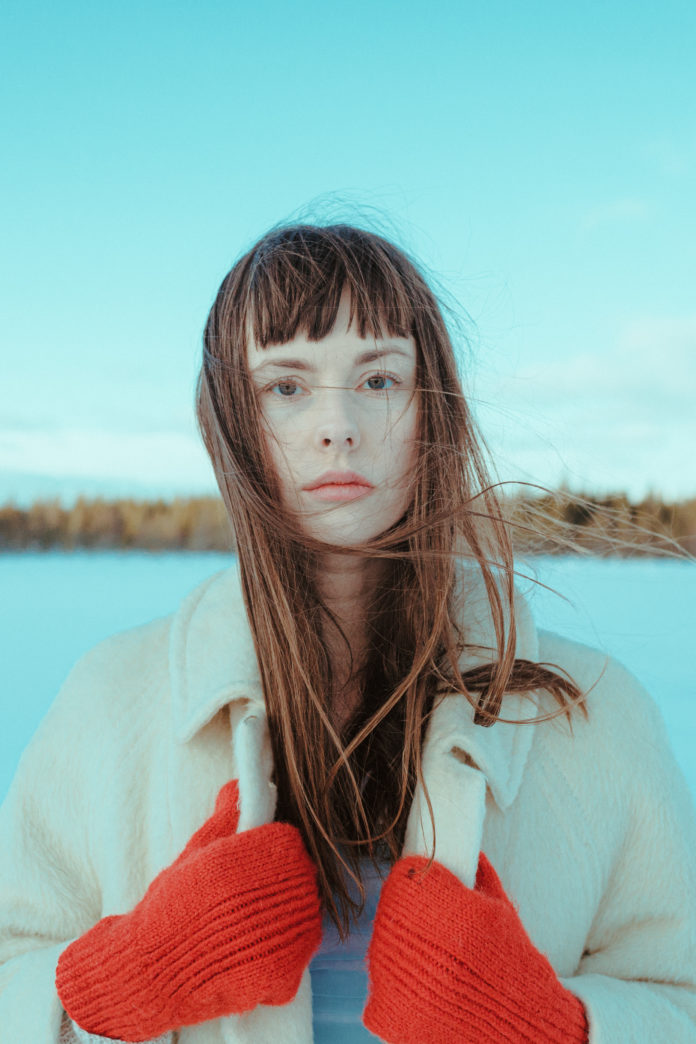 Oslo-based singer-songwriter Siv Jakobsen makes ambient folk that swaddles you in its haunting yet gentle beauty. She released her first EP The Lingering back in 2015 and went on to tour alongside the likes of Benjamin Franciss Leftwich and Bear’s Den, following it up two years later with her stunning full-length debut The Nordic Mellow. After taking necessary break from touring and recording in 2018, she’s now back with the aptly titled A Temporary Soothing, out this Friday via U OK?, a cathartic release that couldn’t have come at a better time. Produced by Chris Bond (Ben Howard, Nick Mulvey) and mixed by Zach Hanson (Bon Iver, Tallest Man on Earth), the album sees Jakobsen refining her sound while retaining the intimately evocative qualities of her past work. Opener ‘Fear the Fear’ creates a stirring atmosphere with its lush cinematic strings and slow-burning outro, the pristine echo of the snare drum a testament to the attention placed on each element of the mix. There are even hints of The War on the Drugs’ driving electro-folk on ‘Island’, while tender closer ‘I Call it Love’ centers on a delicate piano arrangement and Jakobsen’s raw, vulnerable vocals. On the dazzling highlight ‘A Feeling Felt or a Feeling Made’, she presents us with a question that’s both poignant and timely: “I wonder if loneliness is a feeling felt or a feeling made/ Do we make it up as we go along/ To feed our poetic lines?”

We caught up with Siv Jakobsen for this edition of our Artist Spotlight series, where we showcase up-and-coming artists and give them a chance to talk about their music.

I’ve been into music for as long as I remember, I can’t remember a time where I didn’t feel a need to sing. As far as writing music, I started playing around with it a tiny bit in high-school, but didn’t get properly into it until my early 20’s. I had started listening to more and more music in the indie-folk and singer-songwriter genres, and a good friend of mine who is also a songwriter suggested I take a songwriting class in our college to try it out. It only took about a half a lesson for me to be completely hooked, and I’ve never looked back.

Who are some artists you look up to, and why?

There are many. Two that come to mind right now are Gregory Alan Isakov and Ane Brun – both incredible songwriters that have been able to stay independent with their music. I look to both of them for inspiration both musically and in how they manage themselves and their careers in the industry.

What were some of the ideas that went into the making of A Temporary Soothing?

At this point the record feels like a big melting pot of ideas, hunches, thoughts, dreams and emotions. A sort of guideline I gave myself when going into the writing process with this record was that I wanted to be less critical and nit-picky in regard to the songwriting. I tend to slave over lyrics for a really long time, but I wanted to let myself go a little to see what would happen. As far as the recording goes it was important to me that everyone involved felt free to try whatever ideas they had, no matter how crazy, no matter how weird. I wanted an atmosphere of absolute creative freedom, where we could have fun with the process. I think we were able to do that, and I feel it’s made the album feel creatively free as well. I also wanted to go in without too many set ideas of how I wished it to sound, to see what would happened if I let go a little more of controlling everything.

How was your approach different to The Nordic Mellow?

On The Nordic Mellow I definitely went in with a more set idea of what I wanted the record to sound like. I love that record a lot and definitely think that’s a good way to work, but I like to challenge myself, so it felt natural to take myself out of my controlled comfort zone and let someone else take the reins a bit more on A Temporary Soothing.

Chris is a fantastic producer and a really lovely person, it was a real treat to work with him. For most of the recording process it was just Chris, Bear Bond, and myself (Bear is the assistant producer and engineer on the record). That meant that we could all experiment more freely, there wasn’t really anyone else coming in, disturbing our little recording bubble.

What was your favourite track to record, and why?

Ask me every day of the week and I’ll likely have a different answer to this. I will say that Fear the Fear has a special place in my heart – that was the first track we did, it was a sort of tester to see if Chris, Bear and I were a good fit. We worked early AM to past midnight for two days on it, before I went straight to Spain for a gig. It was a bit of a whirlwind but I remember feeling so excited afterwards, knowing we had made something special.

What are your future plans?

My future plans are to just keep writing, recording and performing music, on repeat, for as long as I am able to. At the moment it’s hard to know how much of the performing aspect can happen, I guess we’ll just have to see.