When reviewing A. G. Cook‘s 49-track LP 7G, we said that it’s “just a hint a of what’s to come” – just a couple of days later, the PC Music founder has announced yet another album. Titled Apple, it’s comprised of 10 tracks and comes out September 18 via PC Music. Cook has also shared a new song from the album called ‘Oh Yeah’ alongside a self-directed music video featuring an adorable French bulldog. Check it out below, and scroll down for the album’s cover artwork and tracklist.

“The notion of pure, classic songwriting is one of the core aspects of the album and ‘Oh Yeah’ is maybe my most direct attempt,” Cook said in a statement. “I was really inspired by Shania Twain and how her clean, slinky vocals tell you as much about the song as her lyrics. The song itself—like most pop music—is really about confidence & escapism, and how bittersweet those things can feel.”

He added: “Apple is my own take on Personal Computer Music. I’ve always been interested in the blurred line between bedroom and professional studio production and at what point a personality either gets created or accidentally takes shape. For me, there’s a great sense of freedom in combining something slick with something naive reality where anything could happen.” 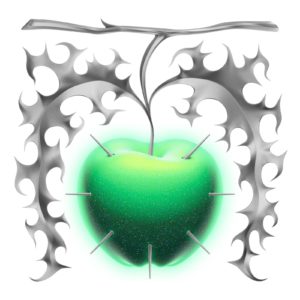