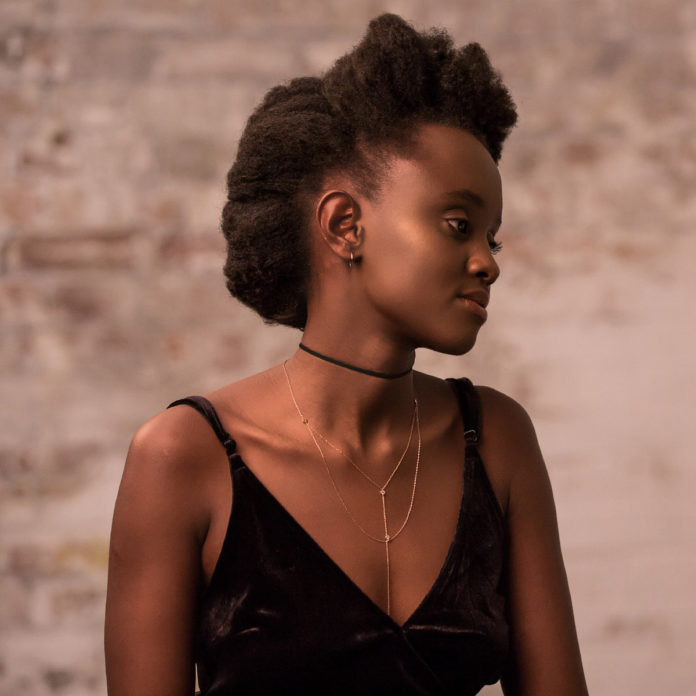 There’s something wonderfully refreshing about the soothing, reflective indie/folk music of singer-songwriter Jennifer Kamikazi. The homely, earthy nature of folk means that the genre isn’t typically associated with subverting expectations or deviating from the norm. However, in many ways, that’s exactly what the London based artist has done. Growing up on a Barking council estate after moving from Rwanda to the UK, Kamikazi (which means ‘little queen’ in Kinyarwanda) embraced the sounds of her new city immersing herself in the exciting sounds of hip-hop, R&B, and grime. Even with her interest in music, as a child she would have never imagined that she would end up pursuing her passion for her work, and certainly not as a folk musician. However, skip forward to today and Kamikazi has made a name for herself as a folk-pop artist on the rise. Releasing two EPs, Wildflower and Wander in Wonder, her ethereal vocals and thoughtful songwriting have garnered her over a million streams. So, what did Jennifer Kamikazi’s musical journey into folk look like, and what’s next on the horizon for the artist?

We caught up with Jennifer Kamikazi for this edition of our Artist Spotlight series, where we showcase up-and-coming artists and give them a chance to talk about their music.

How would you describe your sound in 5 words?

When and why did you start singing and playing music?

I would say I have a very unconventional start into singing and songwriting. Before moving to the UK, the only music I knew of was traditional Rwandese folk music (which I still love). When I moved to the UK at the age of 7, I grew up on an estate in Barking and predominantly listened to grime, R&B and Hip Hop. I loved listening to music but would never in a million years have considered a career in the music industry, let alone folk!

In my late teens I became a Christian (long story), and this made me really conscious of the music I was listening to. Not to say R&B/Hip Hop are bad, I still listen to it, but I cut out a-lot of music which I felt was not positive or enriching. Subsequently, I found myself gravitating towards folk music, something that felt familiar to me because of my roots in African folk. In my late teens, my sister (who has a tendency of buying things she never uses) bought a guitar. As the inquisitive nerd of the family, I ended up “borrowing” it and taught myself to play. I was about to start university at the time to study Biochemistry and become a scientist, but after graduating I released my first EP and the rest was history (The guitar is still in our house and she still hasn’t touched it by the way).

Where do you find your creative inspiration?

I’m inspired by people and real life. I always want to speak about things that I have experienced first-hand or observed from the people around me. I’m one of those nosey people who will ask you about your life story on first meeting you. Everyone has a reason why they feel how they feel and are the way they are – this fascinates me tremendously.

Alongside the joys that life has to bring there are things that shape us, things that we are proud of, and things we are not so quick to share about ourselves. We all have a thorn in our side and I like to write about that. I write a lot about loneliness and desire for love and intimacy. Loneliness is such a huge issue in this big city of London. So many people are looking for fulfilling and meaningful relationships far beyond what Tinder can offer (no offence to Tinder lol). I hope my music will bring comfort to people to know that they are not the only ones feeling how they feel.

Who are your favourite artists to listen to, and what artists have inspired you the most?

If I’m not listening to Nina Simone on replay, you’ll catch me listening to indie-folk artists such as Ben Howard and Laura Marling. I also listen to a lot of gospel music. I’d say English bands such as Mumford and Sons, Florence and the Machine and Daughter have shaped my music. When I shifted to folk music they were really popular at the time, so I found myself bingeing on that kind of vibe which hasn’t left me since. There is a poetic and spiritual beauty of modern English folk that appeals to me.

As a Biochemistry graduate, do you think being science-minded gives you a unique approach to music?

I do feel like by background gives me a unique approach to music, not because of what I know, but rather what I don’t know. I’m not tamed in any way by a deep understanding of how music works or should work. As a self-taught guitarist and songwriter, music is a little bit like a playground for me and I write what sounds nice to me. My only desire is that people would be able to relate to my story. I’m jealous of artists that are so knowledgeable about their craft. I tend to shy away from deep conversations about musical history and artists I don’t have a clue about (but have to pretend I know). With that being said, I do believe the simplicity of my expression is mainly a blessing and I wouldn’t change it for the world.

There’s a clichéd assumption that indie and folk are genres where white men dominate. Is this something that resonates with you?

Yes, I think this is something that resonates with me and I’m sure a lot of women in folk. I’m very lucky because I grew up around powerful women making things happen in various spheres of influence. I’ve grown up around female creatives, e.g. authors, designers and musicians and this made me not question myself before starting a career in music. This is why role-models and diverse representation is very important in any field. It helps young people, or anyone that wants to take a first step into anything new, not to feel like they are doing anything out of the ordinary.

Doing what we love should be normal, it is through this that we will begin to see the extraordinary expression of creativity enriched by diversity. For this reason, I am very passionate about mentoring young people and instilling self-confidence in youth. Particularly disadvantaged youth who are less likely to have positive role-models. I do hope to see change in the indie-folk world and the rest of the music industry. It is beginning to change slowly, but we have quite a long way to go and need to create room for people who don’t fit the mould of traditional ‘indie folk artists’.

Let’s skip to 2021. Where would you like to see yourself?

I would love to see myself touring my first album around Europe; I have quite a few materials I hope to release before then, but this is something I’ve wanted to do before COVID. I just have a desire to be on the road, as I’m sure everyone does after this pandemic, and would love to support other artists on tour and travel like there’s no tomorrow.

Do you have any new music in the pipeline?

On the 18th of September 2020, I’ll be releasing my new single called ‘Black Skin’. I am really excited about the song because it’s very different from the music I normally make – it’s a lot more soulful and sassy.