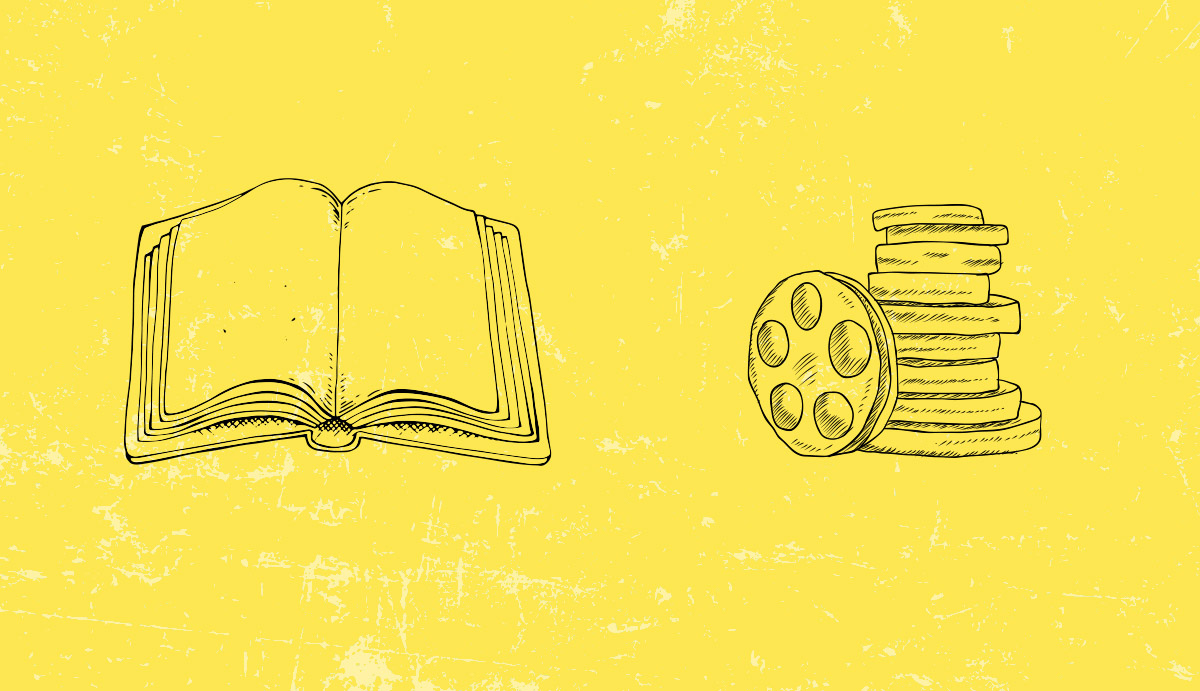 The Mortal Instruments is a series of six books part of the larger and evergrowing Shadowhunters Chronicles by Cassandra Clare. Shadowhunters are creatures with angel blood running in their veins, invisible to mortals while keeping them safe from demons. The series is immensely popular in the young adult market, so naturally, it was given a life on the screen.

In 2013, a film adaptation starring Lily Collins was released to awful reception from fans and critics alike. Collins stars as Clary Fray, the daughter of two very powerful Shadowhunters, who lives with her mother in New York City, sheltered from any knowledge of the Downworld (warlocks, werewolves, vampires, faeries, etc.). Her mother has ensured that any childhood memories of the supernatural have been wiped from her brain to keep her safe. But when her mother is kidnapped, Clary is thrust into a world of adventure.

Not only was the film a box office flop, but it made a mockery of the story on which it’s based. With cheesy visual effects and an even cheesier soundtrack, a confused romance, and soulless characters, this adaptation falls short in every way possible. After this adaptation failed, the franchise saw a revival with the 2016 series Shadowhunters, which survived three seasons on Freeform until its cancellation in 2019.

The series follows the same premise, but Clary (Katherine McNamara) is eighteen instead of fifteen. Overall, the show takes itself too seriously; the books are much lighter, and every scene is infused with humour. The dialogue comes across as tacky, while the characters seem frivolous and silly. Hopefully, some of the other books in the Shadowhunters Chronicles can be adapted in a way that does justice to the source material.

Percy Jackson is another failed movie franchise. The popular middle-grade book series by Rick Riordan follows the journey of Percy, a dyslexic teenager who learns that he’s a demigod. Following a similar formula to The Mortal Instruments, Percy’s mother is kidnapped by evil forces while he is accused of stealing Zeus’s lightning bolt.

The books are rife with backstory and ancient Greek mythology, as well as a cast of diverse and compelling characters. The movie simply doesn’t have time to include all of this material, but the problem lays in the execution of content that is included. One of the most glaring issues is that Percy is only twelve in the first book, but in the movie, he is sixteen. His behaviour doesn’t represent either age.

After the failure of the first movie, book fans were hoping that would be the end of it, but three years later, Logan Lerman reprised the lead role in Percy Jackson: Sea of Monsters (2013). The sequel is just as garish and flamboyant as its predecessor, and Rick Riordan couldn’t have been happier when a third movie wasn’t made.

Recently, fans of the book received some great news; Disney+ announced that the story Percy Jackson would return to the screen in a TV series. Riordan assured fans that this adaptation would be in safe hands, and even Lerman expressed his support.

Love, Rosie, another disappointing adaptation starring Lily Collins, was originally a book titled Where Rainbows End by Cecelia Ahern. Published in 2004, making it the Irish author’s second novel, written entirely in epistolary entries. The main character is Rosie Dunne, whose best friend since childhood is Alex. The two don’t realize that they’re in love until they’re much older, but a series of misfortunes combined with bad timing prevents them from being together until they’re in their fifties.

The film makes some significant changes while largely staying true to the heart (and pain) of the story. Important to note is that the book is some 592 pages and spans more than fifty years, while the film is only 102 minutes long. In the film, Rosie’s journey to opening her dream hotel is expedited, and she manages to fulfil her dreams in her thirties. Naturally, Alex (Sam Claflin) travels from the U.S. and shows up to her hotel on the very day of its opening, and they live happily ever after.

While Collins and Claflin share strong chemistry, this alone is not enough to carry the overly sugary film. For instance, Rosie’s friend Ruby (Jaime Winstone) is struck by an airport worker who gives her one look and asks to marry her (of course, she says yes) when they’re on their way to storm Alex’s wedding. Stuffed with clichés and corny humour, the movie makes for a decent time-passer but doesn’t do justice to the complex ideas presented in the book.

Lois Lowry’s 1993 young adult novel is set in a society that appears to be utopian but is soon revealed to be dystopian. This adaptation makes the same change as Percy Jackson: the main character Jonas is twelve in the book but sixteen in the 2014 film. Despite the appearance of stars such as Meryl Streep, Jeff Bridges, Katie Holmes, Alexander Skarsgârd, and others (including Taylor Swift), the film feels just as flat as its black-and-white setting.

The premise is exciting, if not entirely original, but the film dulls it to the point of boredom. In the novel, Jonas is selected to be the Receiver of Memory, a person tasked with keeping memories of a time before the present – otherwise referred to as the Sameness. As one might guess, this is an enormous burden on many levels.

The Elders have erased all pain and any memory of it from their society, and along with it, all emotional nuance. Of course, without pain, one cannot know joy. This is exactly why the book is a great choice for children to read in a school setting or somewhere it can be discussed. The film should be able to make this message more accessible, but instead, the film skips over many important details while stuffing in a few too many Hollywood theatrics in all the wrong places.

A Series of Unfortunate Events

Finally, Lemony Snicket’s popular book series has also been adapted for the screen – twice. The first attempt was a 2004 film starring Jim Carrey, Jude Law, and Meryl Streep. Despite winning an Academy Award for Best Makeup and Hairstyling, the film appears gaudy and garish. Of course, the books are purposefully eccentric, which works well for its targeted middle-grade audience, but the film makes some jarring changes that don’t serve the story well.

Violet, Klaus, and Sunny Baudelaire are orphaned after a housefire kills their wealthy and well-educated parents. Their only distant relative is Count Olaf, who comes up with scheme after scheme to get ahold of the Baudelaire inheritance, going so far as to attempt marrying the underage Violet.

The most glaring issue is that the film attempts to stuff three books worth of content into a single movie. Furthermore, the mystery of Lemony Snicket’s identity (the author himself is a fictional invention) is destroyed in the opening scene, where he’s introduced as a character that viewers can see and hear. Snicket is a great narrator for the books, but the whole point is that his narration is insightful yet detached; readers should be curious about him, but never know for sure who he really is.

The direness of the Baudelaire siblings’ situation is exaggerated by flashy special effects and a horrible filter that leaches all colour and vibrancy from the film, something the more recent Netflix series also does. The overall impression is a story that is bleak without reprieve, while the books are infused with regular comedy. Still, the 2017 series has been universally praised by critics, though fans of the book might not agree with their verdict.