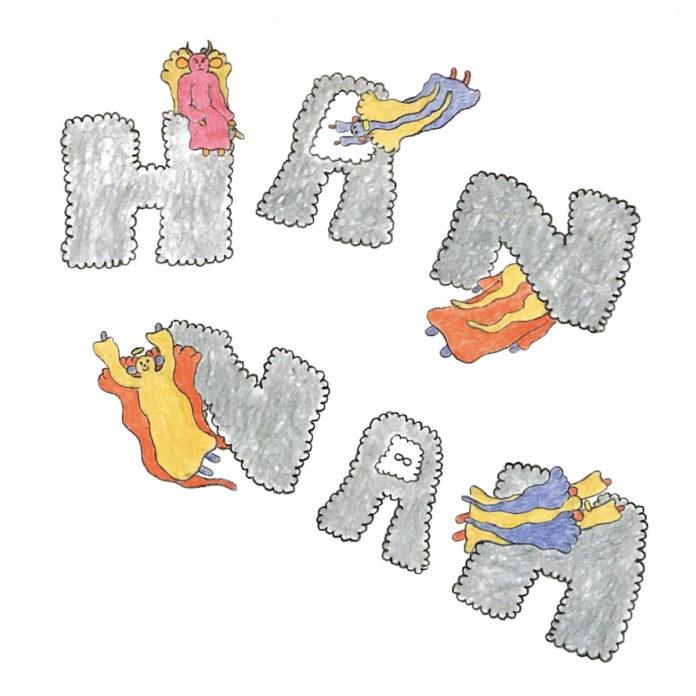 On the opening track of Lomelda’s new album, Hannah Read’s words barely come through; her voice is audible, but the singer-songwriter seems more interested in using it as a conduit to her inner world, another way of mirroring the sentiments so intricately expressed in her music. Adorned with plush, delicate pianos so wonderfully organic you might as well be present in the studio at the time of recording, her vocals center around an unusual affirmation: “I’m light like kisses”. Read is always careful with her choice of words, and “light” happens to be a perfect descriptor for the nature of the album itself: radiant yet soft, like a feather floating through the sky on a warm summer day. But beneath its gentle exterior, there’s a quiet storm raging on; Hannah takes us on a personal journey that’s genuinely illuminating as it reflects on questions of identity with both subtlety and unbridled emotion.

The very fact that Read is negotiating her relationship with her own self is signalled on the album’s title, but she even goes one step further and includes her name in not one, not two, but three tracks: ‘Hannah Sun’, ‘Hannah Happiest’, and ‘Hannah Please’. In them, Hannah appears to be less of a real person and more like another one of her creations, just like Lomelda, the moniker she’s been using for years now. She addresses herself in the third-person: “Hannah, do no harm,” she begs on ‘Hannah Sun’; on the wrenching closer, ‘Hannah Please’, she cries out “Why can’t I speak?/ Come on Hannah, please”. By pointing to the lack of control we have over own selves and the decisions we make, Read cuts to the marrow of how big the divide between who we are and who we want to be really is. “So confused who I have been, who I haven’t,” her voice bursts through ‘Reach’.

Throughout Hannah, Read finds new and creative ways of engaging with that age-old problem. On ‘It’s Lomelda’, she lists a number of her musical influences – Low, Yo La Tengo, Frank Ocean, Frankie Cosmos – all of which, she seems to imply, are part of what makes up Lomelda, but fall short of getting to the core of who Hannah Read is. For her friends on ‘Hannah Happiest’, her name is imbued with the kind of deeper meaning she is somehow unable to access: “Asked you if you knew who I was,” she sings, “You said, ‘Hannah’.” When a security guard sits by her on ‘Stranger Sat by Me’ and asks what her name is and whether she’s okay, her crumbling voice dissolves into a weeping bed of synths and dissonant guitars, their elemental nature more suited to answering that question.

Read’s lyricism on Hannah is as poetic as it is profoundly affecting, but it’s only as a whole that the album comes even close to encapsulating the true essence of her character. Though it marks her fourth studio LP, it also serves as a re-introduction to the artist, taking the characteristics of a self-titled effort but turning the microscope less on her art than on herself. It contains elements from her previous records, but is even more dynamic and diverse in its presentation: ‘Both Mode’ is grungy and expansive, while ‘Sing for Stranger’ is a discordant and experimental interlude. And yet, each song flows seamlessly into the next. Read’s voice doesn’t always sound hesitant or insecure, either; on tracks like ‘Wonder’, it rings through with tremendous passion, one that boils over in the fury of emotion that is ‘Tommy Dread’. By the end, Read doesn’t sound any less conflicted compared to where she started off, but at least the listener can share in some of that frustration, finding comfort in intimate songs that swirl around uncertainty.

Album Review: Lomelda, 'Hannah'On the opening track of Lomelda’s new album, Hannah Read’s words barely come through; her voice is audible, but the singer-songwriter seems more interested in using it as a conduit to her inner world, another way of mirroring the sentiments so intricately expressed in...