LA–based ambient musician Ana Roxanne has announced a new album called Because of a Flower. The follow-up to last year’s ~~~ EP comes out November 13 via Kranky. Roxanne has also unveiled a new song from the album, titled ‘Suite pour l’invisible’. Listen to it below, and scroll down for the LP’s tracklist and cover artwork.

According to a press release, the artist began working on Because of a Flower five years ago. The album explores ideas of “gender identity, beauty, and cruelty”, informed by the experience of identifying as intersex – which Roxanne revealed publicly last year.

Because of a Flower Tracklist:

Because of a Flower Cover Artwork: 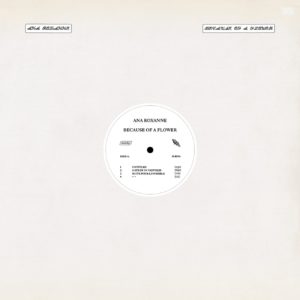