Brian Eno has announced the first-ever compilation of his work for film and television. Titled Film Music 1976 – 2020, the collection includes both classic and lesser-known compositions in addition to seven previously unreleased recordings. It arrives November 13 via UMC. Below, listen to ‘Ship in a Bottle’, a newly unveiled recording from Peter Jackson’s 2009 film The Lovely Bones, and scroll down for the collection’s tracklist and cover art.

Film Music includes collaborations with filmmakers such as David Lynch (Dune’s ‘Prophecy Theme’), Michelangelo Antonioni (Beyond the Clouds’ ‘Beach Sequence’), Derek Jarman (Jubilee’s ‘Dover Beach’), Michael Mann (Heat’s ‘Late Evening in Jersey’) and Jonathan Demme (a cover of ‘You Don’t Miss Your Water’ from Married to the Mob), among others.

Over the course of his five-decade career, Eno has composed the score for 20 films. More recently, the producer reunited with his brother Roger Eno for the Mixing Colour LP. 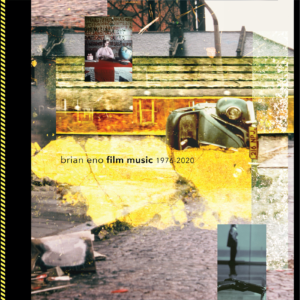