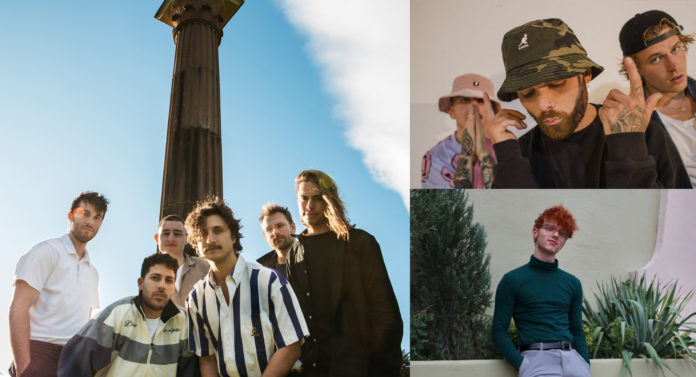 Eighteen-year-old, singer-songwriter Josh Fudge is a relatively new name in the world of music having just released his upbeat single ‘When She’s Gone’. In this piece, Fudge controls the song well with his warm potent vocals, presenting an excellent level of maturity as an artist — especially at such an age.

Having published ‘When She’s Gone,’ we are thrilled to see what he has planned next.

KOKO ‘So Nice To Meet You’

The enigmatic trio behind KOKO are unquestionably one of the most thrilling names to pop out in the music scene in recent years. Now returning with a new single named ‘So Nice To Meet You,’ the trio deliver a romance-filled piece that dives into the idea of meeting someone for the first time.

Production-wise, KOKO takes on a more in-depth, bass-prominent production that helps elevate the honeyed vocals, and mood-altering vibe of the song. Conclusively, ‘So Nice To Meet You’ is one for the playlists.

Sydney-based six-piece group Mel Blue have developed quite the image with their previous single ‘Yesterday’, an energy-filled French-inspired track. Now coming in with a follow-up, we are brought with their newest laidback song ‘Wake Up Call,’ which explores the themes of long-distance love, something that has become more prominent for many people in the recent months due the lockdown.

Mel Blue approach the song with a chill funky-sounding production that lets the audience in subtly, making ‘Wake Up Call’ a must-listen track for the weekend.