Fleet Foxes have surprise released a new album called Shore. The group originally teased new music earlier this week, with reports of a new album surfacing yesterday. Now, the new record is here via ANTI-, while physical editions will be arriving on February 5. Watch a Kersti Jan Werdal-directed Shore film below, and scroll down for lyric videos for each of the album’s tracks, as well as the cover artwork and tracklist.

The follow-up to 2017’s Crack Up, Shore features contributions from Uwade Akhere, Hamilton Leithauser, Grizzly Bear’s Chris Bear and Daniel Rossen, Kevin Morby, and more. Frontman Robin Pecknold began work on the album in September of 2018 and recorded the songs in Manhattan, Long Island City, Paris, Los Angeles, and at the National’s Long Pond Studio in Hudson. He explained in a statement (via Pitchfork):

“I wanted to make an album that celebrated life in the face of death, honoring our lost musical heroes explicitly in the lyrics and carrying them with me musically, committing to living fully and vibrantly in a way they no longer can, in a way they maybe couldn’t even when they were with us, despite the joy they brought to so many,” Robin Pecknold wrote in a statement about Shore. “I wanted to make an album that felt like a relief, like your toes finally touching sand after being caught in a rip current. I wanted the album to exist in a liminal space outside of time, inhabiting both the future and the past, accessing something spiritual or personal that is untouchable by whatever the state of the world may be at a given moment, whatever our season. I see “shore” as a place of safety on the edge of something uncertain, staring at Whitman’s waves reciting “death,” tempted by the adventure of the unknown at the same time you are relishing the comfort of the stable ground beneath you. This was the mindset I found, the fuel I found, for making this album.”

Pecknold also noted that, next year, the group will be putting out nine more songs “co-written from the ground up with [Fleet Foxes members] Morgan Henderson, Skyler Skjelset, Casey Wescott, and Christian Wargo.” 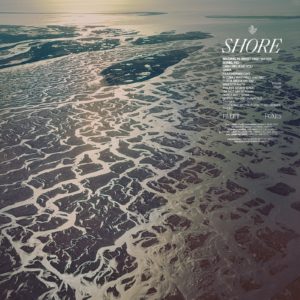