5 Best Character Arcs In Anne With An E 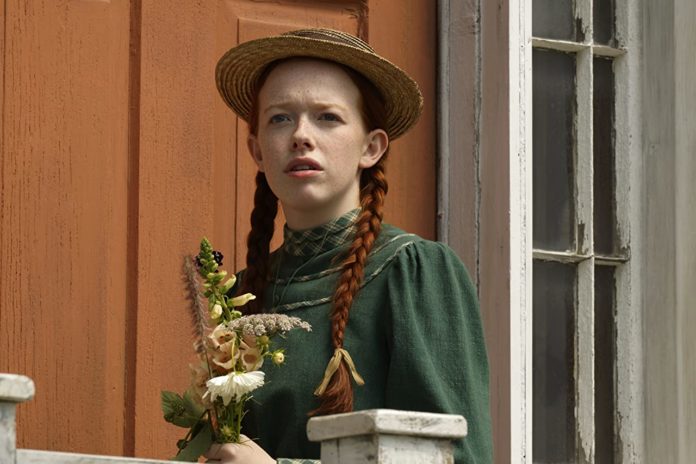 Based on Lucy Maud Montgomery’s Anne of Green Gables books, Anne with an E is a much grittier Netflix series about the young orphan, Anne Shirley. In the late 1890s, thirteen-year-old Anne is adopted by an elderly brother and sister who wanted a boy but decided to keep Anne when they grow to love her wild imagination. Ridiculed at first by the conservative community of Avonlea, Anne struggles to assimilate into her new home on Prince Edward Island.

The first people to accept Anne include Diana Barry, the daughter of wealthy parents and Anne’s best friend, and Gilbert Blythe, Anne’s academic rival and future husband. The Netflix series introduces themes absent from the books, such as racism, disability, and sexuality. However, the olf-fashioned community of Avonlea isn’t quite as accepting of change as Anne is.

Diana arguably undergoes the most significant change of all of the characters. Though she’s quick to accept and love Anne for her imagination, she feels conflicted when her parents discourage their friendship. Diana has been born into a wealthy family, and her parents desire for her to attend finishing school rather than college. At finishing school, she will learn how to become a good wife, but she has other dreams.

With some help from Anne and her Aunt Josephine, Diana is able to make a decision in season 3: she decides to sit the Queen’s Academy entrance exam and is accepted into the institution. However, her parents still forbid her to attend. Diana also engages in a short-lived but sweet romance with Jerry Baynard, the Cuthberts’ farmhand. Unfortunately, the series was cancelled before a satisfying conclusion could be given to this storyline.

Nevertheless, Diana eventually convinces her parents to allow her to join Anne at Queen’s so that she may further her education and pursue her dreams.

As the titular character, it should be expected that Anne experiences the greatest conflicts and trials in her journey. She begins as a very talkative, thoughtless, touchy yet relatively insensitive girl who always wants to speak her mind, even if nobody cares. The first time she speaks to Rachel Lynde, who calls Anne ugly, Anne flies into a passion and tells Rachel she hates her and that she’s a mean woman.

The next day, Marilla sends her to apologize, so Anne puts on quite the show. She throws herself at Rachel’s feet and cries that she was right about her “homeliness” and freckles and red hair. Shocked, Rachel can only accept the apology. By the end of the third season, Anne and Rachel are friends.

At this point, Anne is just as passionate but considers her words before she speaks. She’s also very considerate of others. However, her big moment comes in the last shot of the season, after she learns that her parents did in fact love her and that she inherited her mother’s red hair. Anne is penning a letter to Gilbert: “Dear Gilbert, I look like my mother.” Then she looks up into the mirror and smiles at her reflection, finally happy with how she looks, where she’s come from, and who she is.

Marilla is first introduced as a severe, serious, practical, and rule-abiding woman. She has no time for unwanted orphans, especially one that’s a girl, and has little pity for Anne’s tears or self-deprecation. When Marilla mistakenly believes that Anne has stolen a brooch that Marilla’s grandmother passed down to her, she ruthlessly sends Anne away. Later, she is ashamed of judging Anne by her background when she discovers the brooch tucked behind a pillow.

In season 3, Marilla is so protective of Anne that she forbids her to visit Nova Scotia where she might learn more about her biological parents. This causes a lot of conflict between all three Cuthberts throughout the season. Finally, Marilla realizes that she’s been wrong to mistrust Anne and that’s only driving them further apart. Marilla suggests that she and Matthew travel to Nova Scotia where they find the Shirleys’ old neighbour and learn more about Anne’s parents.

In season 1, Prissy is engaged to be married to her teacher, Mr Phillips. He’s a very strict, cruel man who takes pleasure in embarrassing students. This is something Prissy chooses to ignore until the middle of season 2 when she starts to have doubts about the wedding. When she promises her fiance that she’ll find a way to balance housework and college, he implies that he will not permit her to attend college. This upsets her mother, who is a key member of the Progressive Mothers Group.

Still, Prissy is in denial until she’s standing at the altar. She recalls Anne’s words earlier, about how she hoped that Prissy and Mr Phillips might one day grow to care for one another. Frightened, Prissy runs from the church and out into the snow, where the other girls join her in a snowball fight as they exult in their girlhood. Prissy then leaves for college and returns a smart young woman. She plans to revolutionize her family’s business enterprise, but her misogynistic father dismisses her.

When her brother Billy abuses another girl, Prissy stands up for her and begs her father to do something about it. “You have all of the power,” she pleads. In the end, Prissy has her way when she joins Anne and their friends as they storm the town hall in a protest for freedom of speech.

Elijah is not introduced until the last episodes of season 2, but his growth is significant. He’s the daughter of Mary; a young woman Bash meets in the Bog. Inspired by a real place in nineteenth-century Prince Edward Island, the Bog is where people of colour live as a community. Life there is tough, but they have each other.

Mary works in the laundry, where Bash deposits some filthy clothes after getting into a fight. Having been taken in by Gilbert after spending time working together on a steamship, Bash is clearly out of his depth in the Bog. Mary takes pity on him and lets him stay at her house. He’s immediately taken with her, but she’s hesitant.

Bash stays at the Bog for a while, but one day catches Mary hugging another man through the window. It’s soon revealed that this is Elijah, Mary’s son, whom she gave birth to out of wedlock. She implies that having him was not her choice, and he partly resents her for it. He’s often drunk, or away dealing with suspicious characters. In season 3, Elijah visits Mary and Bash, now married and living with Gilbert. When Elijah learns that they have a baby, he flees, taking some prized possessions that belonged to Gilbert’s late father.

When Mary gets sick with sepsis, she begs Bash and Gilbert to find Elijah. He avoids them until it’s too late. After Mary’s death, Bash visits the Bog and finds Elijah. They fight, but Bash leaves him a letter Mary wrote to him. Eventually, Elijah sobers up and reads the letter, then returns to Avonlea to apologize to Gilbert, make amends with Bash, work on the farm, and get to know his half-sister.