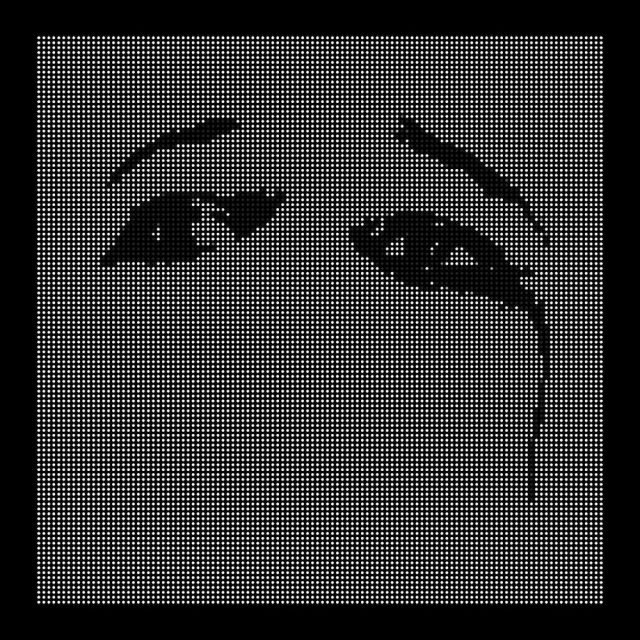 The new Deftones album opens with Chino Moreno vowing to “taste a lifestyle that never gets old.” The meaning behind Moreno’s lyrics has always been up to interpretation, but here they seem to clearly outline the premise of the alt-metal veterans’ ninth studio LP: following 2016’s experimental (and admittedly rushed) Gore, their latest sees the band leaning on their heavier impulses to deliver a record only they could make. Ohms calls back to Deftones’ earlier 90s output, mostly eschewing the more nuanced textures they’ve been exploring since 2000’s masterful White Pony. The album rests on a familiar formula that will no doubt leave fans both old and new generally satisfied, while also peppering in a few inventive flourishes that prevent it from feeling entirely uninspired.

One thing Ohms has going for it is that it builds a world where time has no bearing; everything is, as Moreno puts it on ‘Error’, “frozen in time”. Whether Deftones’ approach has become outdated is more or less an irrelevant question; you can slip in and out of the album’s vaporous soundscapes just as easily regardless. Moreno’s lyrics are as vague as usual, but they keep returning to the idea of sinking, floating, and other shoegazy tropes: “We’re turning time inside out/ Floating off in the ether/ We’re miles beyond the sound,” he declares on ‘Genesis’. Ohms is as much an active evocation of the past as it is a reflection on the present, and there’s something satisfying about the way the band’s music seems to exist in a liminal space, especially in 2020. Sure, the excellent title track includes the now-ubiquitous phrase “these changing times”, but in the Deftones universe, this could allude to pretty much any other point in human history.

An alternative explanation as to why it works – besides the fact that Deftones have managed to evade the concept of time – could be that the music is simply good. Which also happens to be the biggest issue with Ohms: it’s solid, refreshingly focused, and consistently enjoyable… but rarely rises above that. This is far from the first time the band is relying on the same formula that made them successful; this time, though, it feels like the recipe is there but that one secret ingredient is missing. The chugging riffs and pulverizing rhythm sections haven’t lost their appeal, but there’s very little here that stands out as either distinctly memorable or particularly imaginative, even upon repeated listens.

Thankfully, there are exceptions. The group lays down a ream of outstanding tracks halfway through the album, all of which make great use of atmosphere: ‘The Spell of Mathematics’ retains its pummelling, expansive tones across its five-and-a-half minute runtime, while the spacious ‘Pompeji’ allows some beautifully gentle sonics to seep in before segueing into what’s arguably the best song on the album, the visceral yet tuneful ‘This Link is Dead’. Earlier on the record, ‘Urantia’ finds Moreno infusing his lyricism with a considerable amount of detail, and the imagery is incredibly effective: “I slipped into the cloak you left/ I fiddle around in the ashtray/ To find your cigarette pinkish red,” he sings against a punishing riff. The song is clearly about a break-up, but once again it’s hard not to isolate one line in particular and read it as a promise from Deftones: “We’ll probably remain this way to the end,” Moreno reaffirms. For a band that knows how to stick to its guns without doing the exact same thing every time, that’s ultimately a good thing. To quote the title track, “Time won’t change this.”

Album Review: Deftones, 'Ohms'The new Deftones album opens with Chino Moreno vowing to “taste a lifestyle that never gets old.” The meaning behind Moreno’s lyrics has always been up to interpretation, but here they seem to clearly outline the premise of the alt-metal veterans’ ninth studio LP:...