New York rapper Junglepussy has announced a new album: Jp4, the follow-up to 2018’s Jp3, arrives on October 23 via Friends Of/Jagjaguwar. In addition to the announcement, Junglepussy – real name Shayna McHayle – has also released the lead single, ‘Main Attraction’, along with an accompanying music video. Check it out below, and scroll down for the album’s cover artwork and tracklist.

Jp4 features guest appearances from Gangsta Boo and Ian Isiah. “The number three is very powerful for manifestation,” McHayle said in a press release. “Number four though is really securing the foundation. From the genesis of Junglepussy, I struggled with my sound, because what I was doing at the time, I knew it wasn’t really, really, really what I wanted to do. But I just didn’t know how to get there. ‘Jp4’ really sounds like and feels like I got there.”

Junglepussy released her debut album, Pregnant with Success, in 2015. 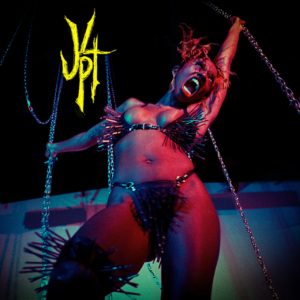