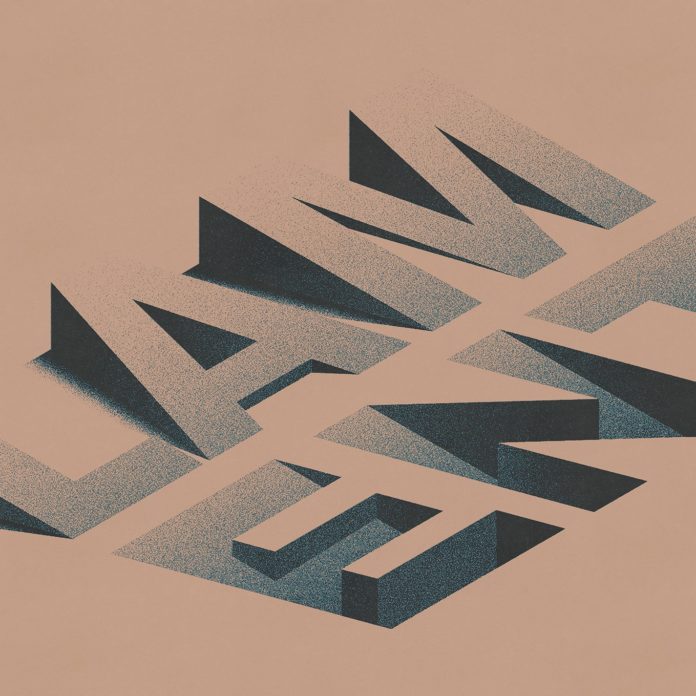 Albums like Lament, the fifth outing from L.A. post-hardcore outift Touché Amoré, are supposed to serve a purpose. Four years after Stage Four, a gut-wrenchingly powerful record detailing the passing of vocalist Jeremy Bolm’s mother from cancer while he was “on stage living the dream”, it’d be natural to expect its follow-up to be about the journey of finding some inkling of hope in the midst all the pain and grief. And in the lead-up to its release, it seemed like that’s where the project was heading: when fans were treated to an adorable music video featuring members of My Chemical Romance, Rise Against, Slipknot, Jimmy Eat World, and more playing with their pets, one could easily replace the need portion of the song’s “I need reminders of the love I have” refrain to have. How could Lament possibly be anything but an affirmation of growth?

Bolm’s statement on the video seemed to confirm that narrative: “If we can provide even just three minutes of joy to someone right now that’s enough for us, and who doesn’t love seeing awesome people and their pets?” That song, simply called ‘Reminders’, is one of the most straightforward and anthemic songs Touché Amoré have ever recorded, and even features vocals from none other than Julien Baker. But the track, written around the time of Donald Trump’s impeachment trial, doesn’t deal with personal loss as much it taps into shared feelings of uncertainty arising from today’s fraught political climate. On any other album, ‘Reminders’ could have acted as the uproarious sing-along closer, but here, it feels more like a passing thought, a necessary distraction – one that, as Bolm has revealed, was almost scrapped from the record.

‘Reminders’ stands out because it has a clear purpose, something Bolm struggles to find throughout Lament (after all, he realizes on ‘Exit Row’, “Suffering has no purpose.”) The album is ultimately less about the grieving process than grappling with his own self-prescribed role as a conduit for grief and where that leads him. Bolm has explored the implications of Touché Amoré’s music being associated with emotional catharsis in the past, most prominently on 2013’s Is Survived By, but on ‘I’ll Be Your Host’, he sounds not just conflicted, but fed up: “I don’t want this role, I give it up,” he declares. On the following track, ‘Deflector’, he places the blame on himself for posing as “a sideline voyeur, a conscientious deflector,” “a faulty poet,” and “a personal arsonist”. Though his delivery is always impassioned, he stretches his voice as far as he possibly can on the chorus: “I’ll test the water/ I won’t dive right in/ That’s too personal/ I’m too delicate.”

‘Deflector’ is the penultimate track on Lament, and it brings new light to the album’s thematic progression. If all those pretences are false, then what should he be? “You’d think by now I’d know my place/ But I lose it almost every day/ You’d think by now I’d have a grip/ But again I’ve let it slip,” he confesses on the title track. On ‘Exit Row’, he exposes the problem of trying to excavate meaning for a song as he howls, “I dragged my body to the desert’s end/ To mine for words in this abandoned head/ But all the vultures that surrounded said, Was ‘flesh is flesh whether live or dead’.” As Lament circles around the vaguest expressions of exhaustion, emptiness, and despondency, you can sense that Bolm isn’t uncomfortable with being real, but with the kind of response it might get. “Even with this silence/ My voice can be misheard,” he sings on the spare ‘A Broadcast’.

Touché Amoré manage to counteract some of that lyrical ambiguity by delivering their most accessible collection of songs yet, one that feels like a natural culmination of what the band have been honing for more than a decade now. To capture the intensity of their bracingly melodic post-hardcore, they enlisted famed heavy metal producer Ross Robinson, who essentially helped birth the nu-metal sound by producing Korn’s self-titled 1994 debut, and later worked with the likes of Slipknot, Limp Bizkit, and At the Drive-In. More than just distilling their approach, Robinson allows the band to go ever so slightly beyond what they’ve already proven themselves to be capable of. Bouncing through one solid arrangement after the other, the album is peppered with plenty of subtly inventive flourishes, like the pedal steel that closes off the dynamic ‘Limelight’, which features a fitting vocal appearance from Manchester Orchetra’s Andy Hull.

It’s only at the very end, after the deep introspection of ‘Deflector’, that Bolm finally decides to “dive right in.” The closing track, ‘A Forecast’, finds him laying out all his troubled thoughts with a newfound clarity and, more surprisingly, humour. Its earnest vulnerability feels like a genuine revelation as he sings of broken relationships, jazz, and the GOP. “So here’s the record closer/ I’m still working out its intent/ I’m not sure what I’m after/ But it couldn’t go left unsaid,” he intones over a twinkling piano. For a record so riveting and even palatable, what makes it so successful is that the huge gap at its emotional center ultimately only enhances its impact. The process of healing, it seems, is less about finding answers than simply searching for them – for something. Whether Touché Amoré’s reach continues to expand – and chances are Lament will have that effect – the band leaves us with the reassurance that their music won’t stop tracing that journey.

Album Review: Touché Amoré, 'Lament'Albums like Lament, the fifth outing from L.A. post-hardcore outift Touché Amoré, are supposed to serve a purpose. Four years after Stage Four, a gut-wrenchingly powerful record detailing the passing of vocalist Jeremy Bolm’s mother from cancer while he was “on stage living the...