On Chesil Beach Could Have Been Perfect With These 2 Changes 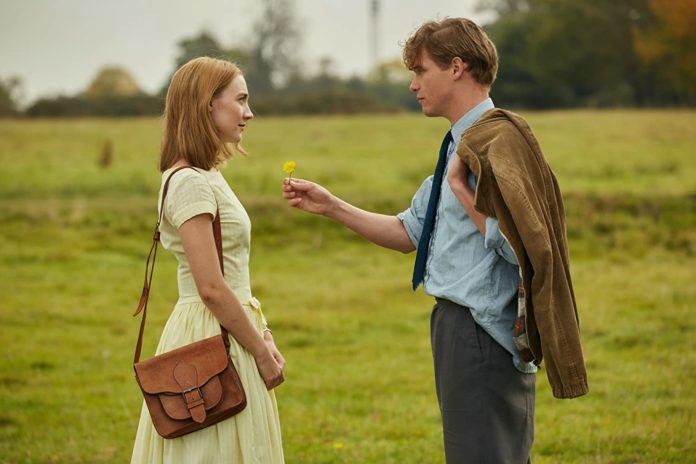 On Chesil Beach is the 2017 adaptation of Ian McEwan’s 2007 novel of the same name. Saoirse Ronan – who also starred in the adaptation of McEwan’s Atonement – has the leading role of Florence Ponting, a budding violinist. She has just been married to Edward Mayhew (Billy Howle), who is from a family of considerably lower social and financial standing. The story picks up just after their wedding reception as they’re heading to a hotel on Chesil Beach.

Though the pair is truly in love, the pressure of consummating their marriage becomes too much and the tension snaps. Florence flees the room, and Edward follows close behind. While the couple tries to mend their already ruined marriage, snippets of their past paint a clearer picture of who these people are.

Viewers later infer that Florence has experienced some sort of abuse at the hand of her severe father (Samuel West). She has an extreme aversion and repulsion towards anything sexual, but the film is just ambiguous enough that it’s unclear why; is this a result of her father sexually assaulting her as a child, or is she asexual? Since the events of the story take place primarily in 1962, such explicit conversations surrounding sexuality are unlikely to be featured in the film. However, at one point, Florence begs Edward to forget this bump in the road. She refers to homosexuals who live in secret by their own rules, and that they could, too.

Edward is repulsed by the idea of sleeping with other women while married to Florence, the woman he truly loves. Flashbacks from his perspective reveal that his home life is also complicated. His mother (Anne-Marie Duff) suffered a physical trauma, so that she is no longer recognizable in character to her family. The only thing that has remained the same is her passion for art, though she now has a tendency of undressing in public.

Edward is so embarrassed by Florence’s flight from their intimate moment in the hotel that he is brisk and harsh on the beach. He doesn’t take the time to process her words and dismisses her angrily, focusing on his own hurt over hers. Ashamed and feeling at fault for ruining their moment, Edward can’t bear to face her or her family again. Only years later does he regret his brash decision.

Unfortunately, the interim period is only shown from Edward’s perspective, when it’s Florence’s character who could benefit from the extra screen time. The ambiguity surrounding her repulsion to sex is a mystery that would make her easier for viewers to understand and thus empathize with; instead, she doesn’t appear in the film after the fateful events of the beach. That is, not until the final scene.

The film is near-perfect for the most part, but the reviews plummet when it comes to the ending. Critics have described it as “too La La Land“, and frankly, the story wouldn’t suffer from abandoning it altogether. With gaudy old-age makeup and a cloying amount of sentimentality, the final scenes take place decades after the botched honeymoon. Florence, along with her string quartet (and new husband) is playing on the stage she always dreamed of, her daughter in the audience. Of course, Edward is there, too. Florence spots him, and by the end of the piece, they’re both crying.

The scenes that precede this include Edward reflecting on his wedding day with his friends, where he reiterates everything the viewers already know. Instead of wasting this precious time on Edward’s side of the story, which is already so effectively shown, the third act could have given the story more clarity by showing viewers Florence’s perspective. Thus, the unnecessary final scenes could have been avoided and traded for some much-needed information on Florence’s character.

Edward meets Florence’s daughter when she wanders into his record store one day, which could have made for a great final scene, but even so, it’s unclear whether Florence’s marriage is a happy one. Has she overcome her aversion to sex, or was she so desperate to have children that she didn’t care? Being more specific about her struggles would further validate her experience and give equal importance to both the male and female characters. If Florence is indeed asexual, making this more explicit could have filled a gap that has been glaringly empty in cinema.

As to the final scenes, it undoes the careful, delicate, artful work of the entire film to this point. Not only do the characters look silly in the makeup, but the scene doesn’t add anything to their characters or to the plot that viewers can’t already infer. But apart from these two elements, the film is an effective exploration of what true intimacy means.