The Staves have announced their third album, Good Woman. It’s set for release on February 5, 2021 via Atlantic Records. Below, check out the album’s title track, and scroll down for the cover artwork and tracklist.

The Staves – the indie folk trio of sisters Emily, Jessica, and Camilla Staveley-Taylor – wrote and recorded Good Woman during a time of personal turmoil, seeing the ending of relationships, the death of their beloved mother, and the birth of Emily’s first child. They mostly self-produced the album with help from John Congleton.

“We have been working on this for a long time and are thrilled to share the title track with you,” the group said in a press release. “When we think about making this album we think about moments and snapshots of all the different contexts we were in as it was made. Living in each other’s pockets and then living with oceans between us. On voice notes and field recordings and ideas in emails sent across continents. We think of homesickness and family. Of being an outsider. Of endless notebooks and scraps of paper. Of studios in the winter and recordings under the summer sun. Of rainy London days and long American night with coffees and beers, dogs and cats. We think of love. Big, big love. Our Mum. Our Dad, Our friends. And of loss. Death and birth. Womanhood, motherhood. Sisterhood.”

Good Woman will mark the trio’s first album in six years, following their acclaimed second album, If I Was. Earlier this year, they released two new songs, non-album track ‘Nazareth’ and ‘Trying’. They recently relaunched their podcast, ‘Dial-A-Stave’, on Spotify. 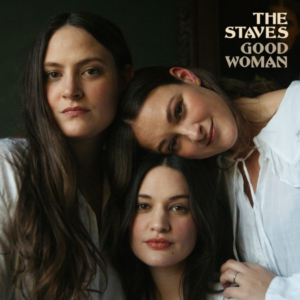