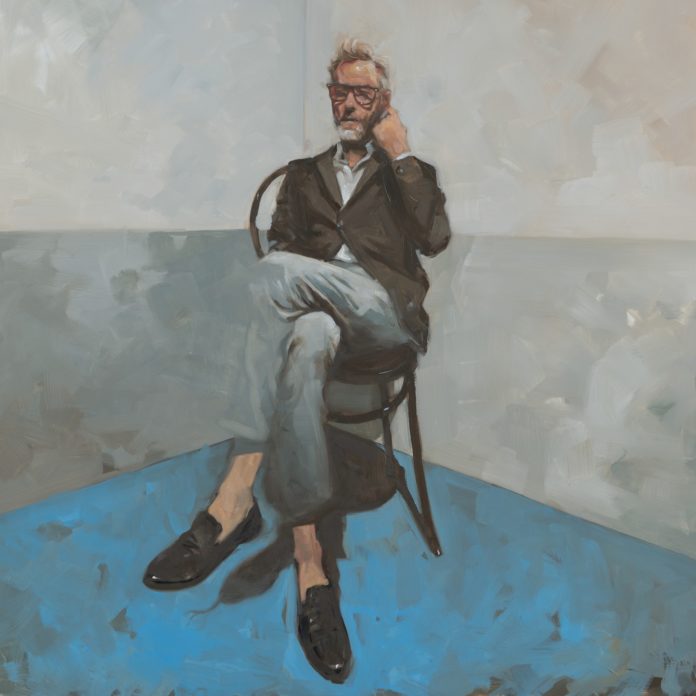 The National is not a band known for their unpredictability, but their output in the second half of the 2010s was daring enough to potentially make sceptics who’d grown tired of the Ohio indie outfit’s “consistency” give them another chance. Matt Berninger and company took a slight left turn on 2017’s Sleep Well Beast, which saw them unleash more of the chaotic energy that was previously reserved for their live shows; while the album still dealt mostly in bleak, monochromatic arrangements, moments like the churning ‘Turtleneck’ or the surprisingly funky ‘The System Only Dreams in Total Darkness’ felt like a breath of fresh air. Berninger’s brooding baritone still remained at the center of the band’s orbit, but even this changed on their follow-up two years later: however flawed, I Am Easy to Find was filled with rousing highlights and featured contributions from a wide range of female vocalists, including Lisa Hannigan, Mina Tindle, Kate Stables, Sharon Van Etten, and the Brooklyn Youth Chorus. The latter sang on ‘Dust Swirls in Strange Light’, where Berninger was all together absent. Sure, it might have gotten somewhat lost in the middle of the album’s 63-minute runtime, but who would’ve thought a National song could exist without the frontman’s vocal presence?

Of course, the band’s dynamic has always been the driving force behind their music, and some of Berninger’s most resonant lyrics over the years were co-written with his wife, Carin Besser. His debut solo effort, Serpentine Prison, feels less like an attempt to focus more on his own artistic vision or carve out a personal voice outside of the National than simply another means by which to explore that love for collaboration – in a way, it barely feels like a solo record, much less a debut. This makes sense considering the origins of the album, which actually began as a covers project; Berninger was inspired by his dad’s favourite record, Willie Nelson’s Stardust, and wanted to make his own version of it. He eventually managed to get a hold of the record’s producer, Memphis soul legend Booker T. Jones, to work with him on a set of covers and a few originals, and invited multiple guests to help bring the project into fruition: Andrew Bird, Gail Ann Dorsey, Mickey Raphael, Hayden Desser, as well as bandmates Scott Devendorf, Kyle Resnick, and Ben Lanz all contributed to Serpentine Prison.

The result is an album that’s as beautifully ornate and plush as you’d expect it to be, with Jones lending a subtly organic, jazzy touch to the instrumentation. The gorgeous flourishes that trickle throughout ‘One More Second’ or the smoky textures that arise on ‘Loved So Little’ add a certain richness to the otherwise modest, simplistic arrangements. But the songs here are only as strong as the songwriting behind them, and Serpentine Prison rarely stands out among Berninger’s most inspired work. ‘Distant Axis’, a collaboration with Walkmen’s Walter Martin, comes nearest to capturing something transcendent, its basic chord structure a pure evocation of the song’s lyrical preoccupation: feeling distant from someone or something. If there’s one theme the record keeps revolving around, it’s this intense need for human connection and the fear of falling out of touch that comes when that desire is left unfulfilled. “I don’t know how to be here without you,” he sings on the piano ballad ‘Take Me Out of Town’, right after the grim recognition that “everyone’s in this alone.” On the title track, which also closes the album, he begs, “Tell me that I’m not in this alone/ And I, I’m so sorry, I don’t know why I’m slow.”

Then again, that song also contains the lines, “I’ve been picking my kid up from school/ Smelling like girl scout cookies and drool/ I still crawl up to you every night/ Do not forgive me, I’m a reptile,” which veer closer to cringeworthy than self-consciously goofy. The hook is memorable and the lyrics are at least intriguing, but the rhymes can get tiresome – it doesn’t cause “total frustration,” but it does feel a little bit underwhelming, like Berninger can’t quite to make up for that empty space he finds himself singing about. Serpentine Prison may lack the emotional depth and nuance that the songwriter is more than capable of mining, but there’s still a pleasant stateliness to it all – ‘Silver Springs’, a whimsical duet with Gail Ann Dorsey, is another entrancing highlight – and the sense of maturity that permeates the album will no doubt make fans feel at home. But it’s also an unfortunate reminder that Berninger is often at his best when he tries to step out of it.

Album Review: Matt Berninger, 'Serpentine Prison'The National is not a band known for their unpredictability, but their output in the second half of the 2010s was daring enough to potentially make sceptics who'd grown tired of the Ohio indie outfit's "consistency" give them another chance. Matt Berninger and company...