Tigers Jaw have announced a new album called I Won’t Care How You Remember Me. The Pennsylvania-based outfit’s sixth full-length LP is out March 5 via Hopeless Records. Tigers Jaw have also shared the first single, ‘Cat’s Cradle’, along with a music video directed by Drew Horen and Lauren H. Adams. Check it out below, and scroll down for the album’s cover artwork and tracklist.

Tigers Jaw recorded the album with producer and longtime collaborator Will Yip. I Won’t Care How You Remember Me also marks the first time all four members of the group share songwriting duties and features contributions from Manchester Orchestra’s Andy Hull, who sings backup vocals on the title track.

““Cat’s Cradle” is about the realization that no matter how much love, effort and consideration you put into a friendship, sometimes it just isn’t enough to make it work,” the band said in a statement about the single. “The lyrics reflect on how being passive aggressive and not communicating directly can just lead to tension, confusion, and frustration in any relationship. Confrontation can be really challenging, especially when you’re worried about how what you feel might make someone else feel, and I have the tendency to suppress my own concerns and apologize first. With this song, I wanted to acknowledge my own thoughts and emotions without feeling bad for having them.”

Earlier this year, Tigers Jaw signed to Hopeless Records and released the one-off single ‘Warn Me’. Their most recent album, spin, came out in 2017.

I Won’t Care How You Remember Me Cover Artwork: 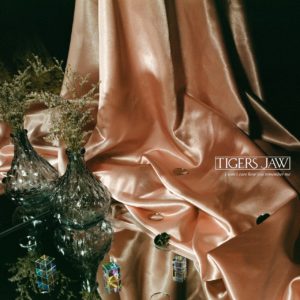 I Won’t Care How You Remember Me Tracklist: