John Carpenter has announced a new album called Lost Themes III: Alive After Death. It’s set to arrive on February 5 via Sacred Bones. It marks his third collaboration with Cody Carpenter and Daniel Davies, following 2015’s Lost Themes and 2016’s Lost Themes II. Below, check out a new song called ‘Weeping Ghost’, and scroll down for the LP’s cover artwork and tracklist.

“We begin with a theme, a bass line, a pad, something that sounds good and will lead us to the next layer,” John Carpenter said in a statement about the trio’s creative process. “We then just keep adding on from there. We understand each other’s strengths and weaknesses, how to communicate without words, and the process is easier now than it was in the beginning. We’ve matured.”

Back in 2018, Carpenter executive produced and composed the music for the new Halloween reboot, directed by David Gordon Green. 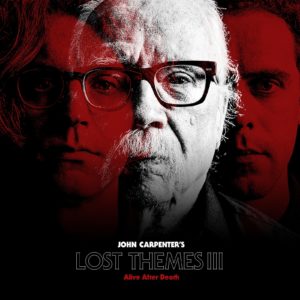