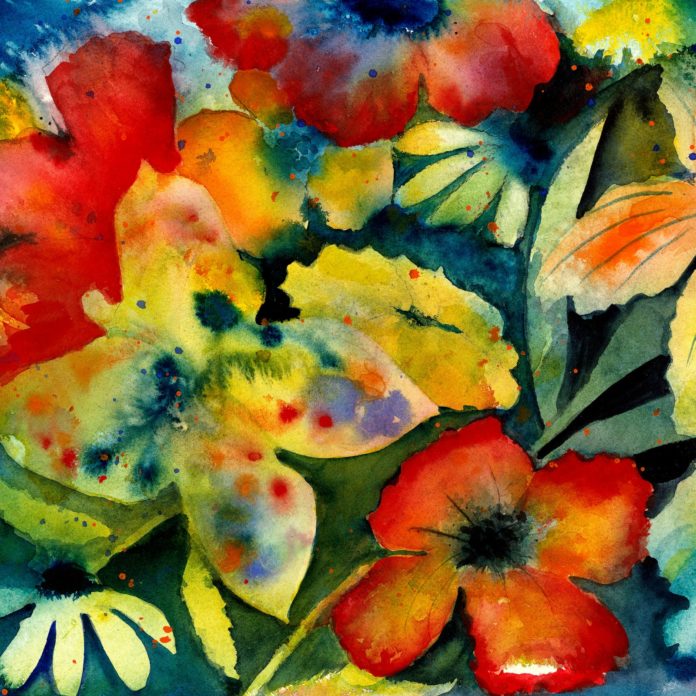 About halfway through ‘music for indigo’, the 21-minute opening track of Adrianne Lenker’s instrumentals, the Big Thief singer clears the air with the sound of bells and natural harmonics. Then, a few minutes later, just as she’s settled into a new rhythm, she lets out a chuckle that’s impossible to miss, a moment of pure delight that leaves you wondering how it came to be. It’s the kind of sound you’d make after peeking through the window to watch the morning sun and catch sight of a bird nestled in a nearby tree, or remembering that strangely funny dream you had the night before. But it’s also, more obviously, the sound of a musician deeply invested in that sacred interaction between herself and her guitar, a tiny celebration of the unexpected place the two of them have arrived at, seemingly without intention – something akin to a smile you’d normally throw in the direction of a fellow band member in the middle of an improvised session.

It’s no wonder Lenker’s relationship with her instrument of choice is as naturally symbiotic as the one she shares with the rest of her band; after Big Thief’s tour was cut short due to the pandemic, she rented a one-room pine cabin in western Massachusetts that “felt like the inside of an acoustic guitar.” She speaks of the joy she found “hear[ing] the notes reverberate in the space,” and the ways in which she captures that joy throughout her new pair of albums, songs and instrumentals, is nothing short of exquisite. songs might be an album about heartbreak, but it feels more like a reaction to it, an attempt to create something raw and beautiful to fill that unshakable absence rather than wallowing in it. It’s why Lenker’s presence on the record is so unmistakable – the majority of the songs consist of just her acoustic guitar and her voice, recorded straight to tape with the help of her friend and sound engineer Philip Weinrobe. That sense of warm intimacy will come as no surprise to anyone familiar with Big Thief’s music or Lenker’s prior solo work, but there’s a newfound directness to both the sound and songwriting here that immediately sets the album apart.

As with 2018’s overlooked abysskiss, Lenker’s lyricism is rich with poetic detail: on the stand-out ‘indygar’, she evokes images of how “the juice of dark cherries cover his chin” or the way “the pink ring swallows the spherical marigold terrain,” before returning to the disquieting refrain of “Everything eats and is eaten/ Time is fed.” On the tender ‘dragon eyes’, she veers even more towards the abstract: “Dragons have silent eyes/ cracked eggshells, fireflies.” (It brings to mind an older song of hers, ‘out of your mind’, in which she sang, “She is not a dragon/ But I am afraid of her fire.”) Those themes are nothing new for Lenker, but the emotional candour radiating through songs renders them especially heart-wrenching. On the opening track ‘two reverse’, her voice rises and falls in sync with her guitar as she sings, “Is it a crime to say,” but cracks just a little on the “I still need you?” Even when Lenker is singing of the past, invoking someone “as far from me as memory,” she still recreates those fragments with stunning clarity: “Let me lie on your arms/ I am weightless in the sea/ Up to my ears the salt sits in a circle around me,” she pleads on ‘come’.

It’s among the album’s most crushing moments, but the sounds of rain that introduce the somber track are soon replaced by that of birdsong on the next one. As if waking from a bad dream, ‘zombie girl’ summons a more familiar folk melody as Lenker addresses emptiness directly: “I cover you with questions/ Cover you with explanations/ Cover you with music.” At its most affecting, however, songs accomplishes much more than that – on the gorgeous ‘anything’, the singer wants nothing but to remove all unnecessary distractions and cherish that empty space. For a record so steeped in melancholy, it’s astounding how much of a comforting presence it really is, how it keeps pulling you back in its embrace. But as Lenker slides further and further into the background on instrumentals, leaving behind her mostly ambient space on the final 11 minutes of ‘mostly chimes’, it’s like she wants you to be comfortable in that absence, too, the solitude she’s learned to live with. You can long for those lovely memories, those pretty, simple folk tunes, or you can hum, as she often does on songs, “I’m not afraid of you now.”

Album Review: Adrianne Lenker, 'songs / instrumentals'About halfway through ‘music for indigo’, the 21-minute opening track of Adrianne Lenker’s instrumentals, the Big Thief singer clears the air with the sound of bells and natural harmonics. Then, a few minutes later, just as she’s settled into a new rhythm, she lets...