The Best Places in the World for Live Music 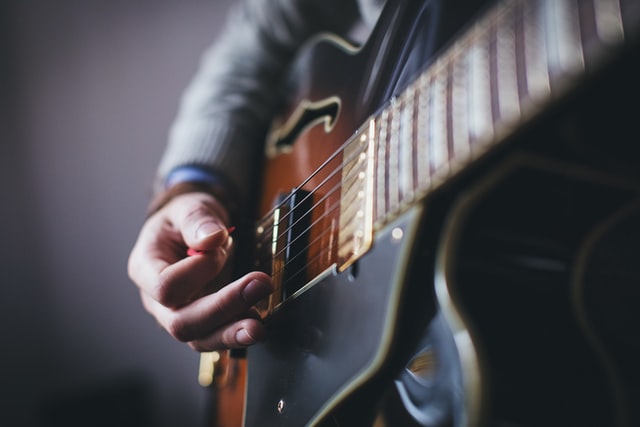 The live music industry has taken a huge hit in the wake of Covid-19, with some suggesting that this sector could take up to three years to recover from the socio-economic impact of the virus.

This has particularly hit entertainment-led cities such as Las Vegas, where the stages are filled with stars from across the globe and have forged (or in some cases, rebuilt) the careers of legends such as Elvis Presley.

In this post, we’ll look at the world’s best cities for live music and ask how they’ve built their reputations over the years.

While Liverpool and Manchester may have delivered live music legends such as The Beatles and Oasis respectively, it’s London that’s thought to be the birthplace of the real-time music scene.

Synonymous with the aforementioned bands and legendary live groups such as The Clash and The Rolling Stones, the UK capital has a lucrative and non-stop live music sector that’s dominated by regions such as Camden, Brixton and Soho.

A wide range of music genres are well-represented here too, from jazz and latin to punk rock and even dubstep.

In the US, Nashville is renowned as the home of country music, in the same way that Memphis has its cultural roots in the blues movement.

This location is defined by legendary venues such as the Bluebird Cafe and the Grand Old Opry, where some of the world’s most famous country music stars launched their careers.

Nashville is also home to theCountry Music Hall of Fame and Museum, making it a popular hotspot for history enthusiasts and anyone with a penchant for nostalgia.

Interestingly, the Texas city of Austin has proclaimed itself the ‘World’s Live Music Capital’, with this breathtaking example of self-promotion reflective of the region’s unique swagger.

Austin is chock-full of clubs, bars and live music arenas, which are dedicated to a range of genres including (most prominently) biker rock, country and blues.

Austin is also known for its outdoor festivals, where events and fringe shows take place city-wide and throughout the typical year!

Havana is a city that’s delightfully still in time, while it also serves as the undisputed epicentre of Cuba’s rich cultural heritage.

It’s also a popular live music hub, and one that dominates both busy indoor arenas and the city’s cobbled streets and grand old piazzas.

Musical influences come from as far afield as Africa and Spain, with the rumba rhythm often pulsating long into those hot, sultry summer nights.

Next up is the Japanese capital of Tokyo, which was once the presence of only puppet theatres and operettas (from an entertainment perspective, at least).

Now, however, Tokyo has a bustling and thriving music scene, and one that boasts an array of superb venues from downtown ‘live houses’ to state-of-the-art arenas.

The hip neighbourhoods of Yogi, Shimokitazawa and Koenji drive the live music industry in Tokyo, and here you’ll find a number of global influences well-represented.

Like London, Berlin is regarded as one of Europe’s finest music capitals, with the city awash with underground electro clubs, cool jazz cafes and raves that make the English capital appear tame in comparison.

However, the live music scene in Berlin is relatively niche, as House and Techno genres (which are dominant in Europe) remain most popular here.

Indie rock and alternative punk is also well-represented in the German capital, while listen carefully and you can even hear Northern Soul echoing throughout the city at nightime.

No list of this type should be complete without referencing Ibiza, especially when you consider its enviable array of beach bars, live music venues and iconic open-air clubs.

There’s also a combination of high-octane venues and ambient tunes, so you’re sure to find something to suit your tastes while traversing the party capital of Europe.

In recent times, the island has also shifted towards non-dance related music and festivals, so Ibiza continues to diversify with every passing year.

We’ve already touched on Memphis, which is home to the blue music movement and still a hotbed for live music and entertainment to this day.

Make no mistake; this iconic city is regarded as the home of soul and rock & roll, while Memphis in Tennessee has had more than its fair share of successful artists and accolades.

Elvis Presley and Johnny Cash all launched their incredible careers here, while the city’s contemporary music scene continues to introduce new stars to the wider world.

Seattle is one of the more subtle live music capitals in the world, but this shouldn’t distract from the fact that Pearl Jam, Nirvana and the Sound Garden all ruled the airwaves from this city.

Seattle is still home to various jazz cafes and rock arenas to this day, while we’ve also seen a dramatic rise in the number of classical orchestras in the region in recent times.

Districts such as Ballard, Capitol Hill and Belltown are the most popular amongst music fans in Seattle, so we’d recommend that you check these out whilst on your travels.

We close with New York, which is the world’s  most populous city and one that has a diverse live music scene that continues to grow with every passing year.

From jazz cafes to blues bars, New York is one of the coolest places in the world for live music, while the city’s underground clubs are typical for a location that’s known for never sleeping.

Interestingly, New York is often considered as being responsible for laying the roots for disco music, while house and hip-hop are also well-represented citywide.