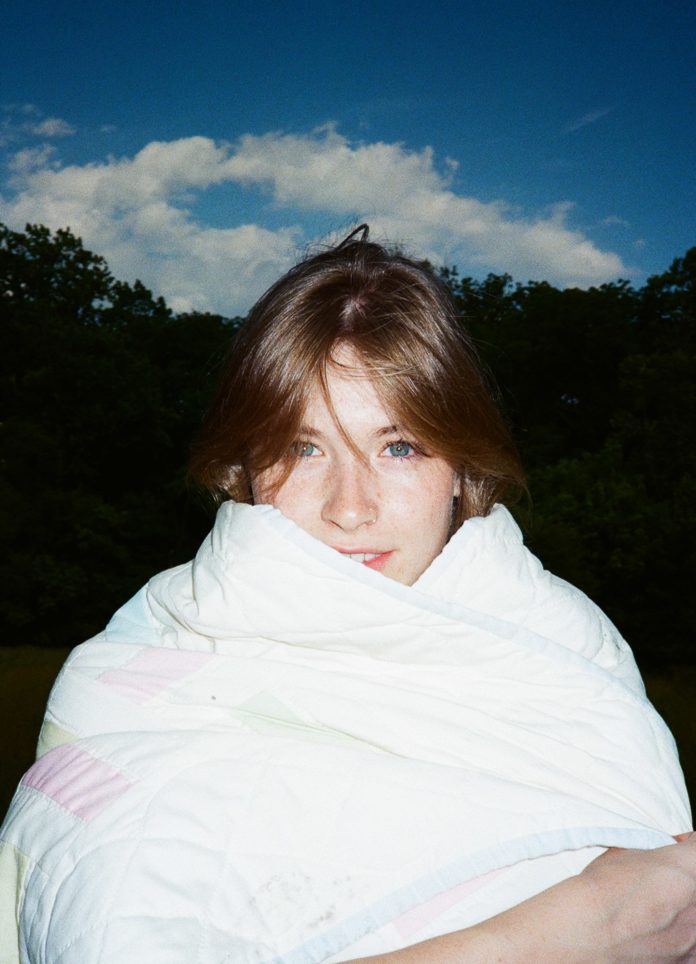 Growing up immersed in music, perhaps it was inevitable that Kate Bollinger would in turn utilise it as her means of escape and emotional release. Born and raised in Charlottesville, Virginia, she grew up in the midst of a family that very much had music at their heart; her brothers can play a variety of instruments and her mother’s occupation is a music therapist. Since 2018, Kate Bollinger has released a slew of singles before issuing her debut EP I Don’t Wanna Lose in the summer of 2019. Composed of thoughtful, self-aware ruminations that are oftentimes deceptively upbeat, the EP combines her signature jazz-infused, intricate guitar work with her soothing, buoyant voice firmly at the forefront. Vocally, she possesses a magnificent cadence that brings to life her genre-melding music, as well as garnering comparisons to an early Joni Mitchell or Laura Marling. Having displayed a proclivity for lo-fi tracks with a musical adroitness, she teamed up with producer and principal collaborator John Trainum for her sophomore EP, A word becomes a sound, which came out in late August. Featuring the blissful and philosophical ‘A Couple Things’, the more experimental percussive sound of ‘Grey Skies’ and stripped-back title track, the project shows a maturation of Bollinger’s sound.

We caught up with Kate Bollinger for this edition of our Artist Spotlight interview series, where we showcase up-and-coming artists and give them a chance to talk about their music.

The inescapable question: how are you and your nearest and dearest in these most bizarre times? Have there been any positives that you’ve taken from the lockdown experience?

After graduating from school in May I had planned to be on the road mostly, to be traveling for shows and sessions, so the pandemic certainly uprooted my life just like it has for many people. I will say it has forced me to be okay with letting days pass where I just think about things, cook, listen to music, talk on the phone, watch TV shows, knit, and go for walks. Historically I would feel depressed if I let a day slip by without having accomplished something, but I’m learning to see the value in living more day-to-day, putting more care into my immediate relationships, and letting other things rather than my productivity alone determine my happiness.

What are the main differences you’ve found between making your first EP I Don’t Wanna Lose and your latest release A word becomes a sound?

The process was different partly because of novelty. I had formed my first ever band only a couple months before recording I Don’t Wanna Lose, which we tracked live in a studio in Virginia all in one day. Luckily some of the guys in the band had been playing together for a while before playing my songs, so they had a preexisting musical understanding and comfort playing together, but it was still all very new for all of us. A word becomes a sound felt like a natural progression because I knew what worked and what I wanted things to sound like. It’s like anything else; you knit one scarf and it has some holes in it or you make it too wide, so the next time you make one you have more of an understanding of the size you want and you don’t leave it out for the cat to find. There were also obstacles because of the pandemic, like being unable to record as a full band, but we made it work and tied things together more slowly and in a more deliberate way, which really ended up serving the project well.

Your mother is a music therapist and your brothers are also multi instrumentalists: besides drawing you to music and perhaps highlighting the wonder of music, what other effects do you think this has had on your own drive to create music?

I think it meant everything to see my family members constantly working on their own projects. It was just the normal thing to do. I spent a lot of my childhood following my brothers around and wanting to do what they did. There was one week where we started a band called Paramecium – the two of them played drums and bass while I rapped nursery rhymes. My oldest brother is an animator and I remember sitting with him in the basement while he planned one of the episodes for his show, letting me chime in with ideas here and there. It was the same with my mom, she made children’s music while I was growing up and I sang on most of her albums as a kid. I was never pushed into music or pushed to be good at it, it was just really natural. I have a three year old niece now and it’s the same sort of thing – she’s constantly reading her little books because it’s what she sees her parents doing all the time.

What’s your earliest musical memory, one that has stayed with you?

I still remember certain lullabies that my mom would sing to me as I was falling asleep. I also have some early memories as a six or seven year old of going to see my oldest brother play shows with his high school band and dancing with his friends in the crowd.

Perhaps this is a mean question, but do you have a favourite track from A word becomes a sound, one that stands out to you on a personal level?

They’re all special to me, but I feel the most connected to ‘A Couple Things’ on a personal level, partly because I wrote it a few years ago and it’s one of those songs that twists and shifts and always means something to me even at different times in my life.

What’s your biggest dream musically, something that you think if you achieved you could truly say you had surpassed your own expectations?

There are some songs that make me feel this indescribable feeling or bring me to a specific place and time in my life. I just want to make songs that make people feel happy and inspired. I think that I’ll feel like I’ve surpassed my own expectations when I can listen to one of my songs and feel that it represents a part of me in the most authentic and precise way that it could. Those are my favorite kinds of songs.

If you could give your EP to just one artist with the guarantee that they’d listen to it and in turn receive feedback from them about it, who would you choose and why?

It’s so hard to pick one, but Feist has been one of my favorite artists since I was little. Receiving her feedback would just be sort of unimaginable. I feel the same way about Joni Mitchell and Paul McCartney. All three of them write in such a soulful way. I got to work with one of my favorite songwriters ever, Jay Purdy, when I was in high school. He’s lesser known than the other three, but he has written some of my favorite melodies and lines, so getting to work with him and receive his feedback was really special. I think feedback can also be harmful though, it’s good to get other perspectives, but it can be easy to take something that is the most authentic to you and turn it into something else. I’m constantly learning how to have the right combination of open and closed-mindedness.

Kate Bollinger’s A word becomes a sound EP is out now via House Arrest.