Another Michael have announced their debut album, New Music and Big Pop, due out February 19 via Run for Cover. The Philadelphia-based outfit have also shared a new single called ‘I Know You’re Wrong’. Check it out below, and scroll down for the album’s cover artwork and tracklist.

“‘I Know You’re Wrong’ came to be when I first started toying with my new Electro-Harmonix Freeze, a pedal which has since become a piece of gear I go back to often when songwriting,” vocalist/ guitarist Michael Doherty said of the new track in a statement. “Speaking of freeze, the ending lyrics tell a true story: It hadn’t snowed in Albany in a very long time. No snow whatsoever in the winter of 2016, and still no snow at the time of writing the song in late January of 2017. But by nature, all things overdue will eventually give, and soon enough we had a storm that our good friend, neighbour, and engineer Scoops Dardaris could only describe as ‘Snow-pocalypse 2k17.’ Who still remembers?”

New Music and Big Pop follows two EPs, 2016’s Sans and 2018’s Land. It includes the previously released singles ‘New Music’ – which Samia picked for our feature 21 Artists on the Songs That Got Them Through 2020 – and ‘Boring For The Times’. 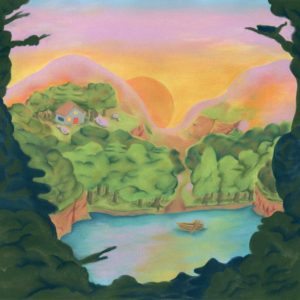