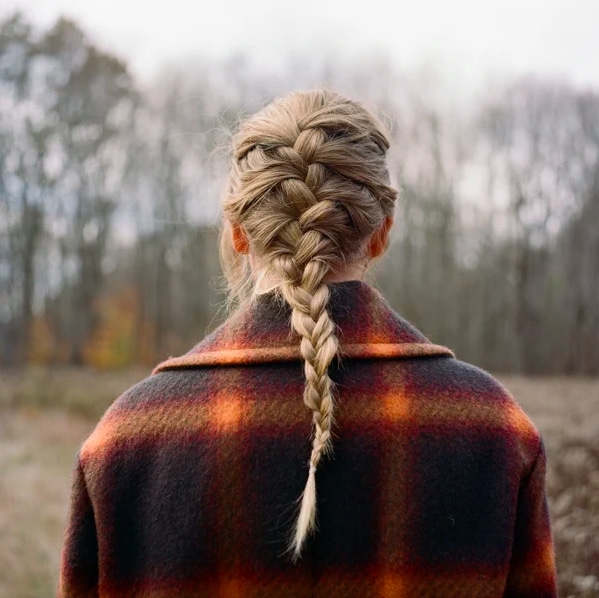 Taylor Swift might have managed to avoid a traditional album cycle by announcing folklore a day ahead of its release back in July, but that didn’t entirely stop the discourse surrounding her new sound and aesthetic from occasionally overshadowing the richness of the music itself. As the months went by, however, the album’s astute songwriting – enshrouded in the plush, low-key folk arrangements of The National’s Aaron Dessner and often lifted by the glossy pop sensibilities of longtime collaborator Jack Antonoff – lost none of its initial splendour. So when the singer stopped the world in its tracks once again this week with just the push of a button, there was something comforting about the fact that this time, we knew pretty much exactly what we were getting, as if the announcement carried with it that sense of warm-hearted familiarity that’s a vital part of this era of Swift’s career. If folklore conjured a wintry fantasy land as a way of taking our minds off an especially cruel summer, the fireplace intimacy of evermore feels less like an escape than a much-needed companion (a cardigan, perhaps?), arriving at our doorstep just in time for the holidays. Simply put, ‘tis the damn season.

In the “imaginary/not imaginary” binary that Swift continues to mine, though, evermore seems to land closer to the former category. Her storytelling feels further removed from her own persona than it was on folklore, a narrative approach that suits the album’s considerably more measured but no less vibrant sonic palette. On ‘dorothea’, the narrator reminisces about her youth and the time she spent with the titular character, who left town to chase her Hollywood dreams. “Are you still the same soul I met under the bleachers?” she ponders, which prompts an even more pressing question: why is Jack Antonoff not on this track? Indeed, the megaproducer’s relative absence is felt throughout the album – he co-wrote two of its songs and co-produced just one – but he and the rest of Bleachers lend their talents on ‘gold rush’, a dreamy, synthpop-infused highlight that’s one of evermore’s most emotionally resonant moments. Follow-up ‘’tis the damn season’ sees Dorothea returning home for the holidays, and Dessner’s swirling guitars and intricate percussion elevate Swift’s evocative lyrics, this time written from Dorothea’s perspective: “I’m stayin’ at my parents’ house/ And the road not taken looks real good now,” she sings, capturing a feeling of nostalgia that’s all the more pronounced this time of year.

Here, the subtle ambivalence of Swift’s writing comes to light. evermore may present itself as a timely winter album, but its tales still flirt with the outskirts of reality, populated by characters that daydream about missed opportunities and alternate lives: ‘ivy’ tells a story of infidelity in which the protagonists laments, “I can’t/ Stop you putting roots in my dreamland”; on the country-style ‘cowboy like me’, which features backing vocals from Mumford & Sons’ Marcus Mumford and Justin Vernon on guitar, the love-struck protagonists are cursed with “Eyes full of stars/ Hustling for the good life.” But nowhere is that sense of loss mixed with guilt and possibility more pronounced than on ‘coney island’, in which the narrator mourns a past relationship, asking “Did I close my fist around something delicate?” and apologizing for “not making you my centerfold.” (On the track, Swift is finally joined by the entirety of the National, including Matt Berninger on vocals, though one cant’ help but feel their presence is somewhat underutilized, as is that of the Haim sisters on the otherwise fun murder mystery ‘no body, no crime’).

But even if Swift’s writing attempts to eschew autobiographical detail, the album’s most affecting moments still feel strikingly personal. ‘tolerate it’ is evermore’s most immediate piano ballad, its narrator finding herself trapped in an unbalanced relationship; even in her most vulnerable state, however, she still is capable of acknowledging her worth: “I know my love should be celebrated,” she declares, “But you tolerate it.” On the heartfelt ‘marjorie’, Swift pays tribute to her grandmother, an opera singer who inspired her to pursue music but died before her career took off. But it’s ‘happiness’ that stands out as one of the most devastating songs not just on the album, but in Swift’s entire discography. Laced around soft, delicate synths, the stark emotionality of her lyrics is disguised in the form of a philosophical argument: “There’ll be happiness after you/ But there was happiness because of you/ Both of these things can be true/ There is happiness.” Maybe there’s little use, then, in also viewing “imaginary/not imaginary” as a binary; both of these things can be true, and it’s part of what makes Swift’s storytelling so compelling.

One of the simple joys of listening to evermore is how unrestrained her and her collaborators’ approach is, less concerned with figuring out what her next era should be than simply delving further into the folklorian woods. Sure, the album doesn’t just feed into that same aesthetic but often follows an almost identical formula – the conclusion of ‘champagne problems’ hints at the social commentary of ‘mad woman’, ‘willow’ has the same homey vibe and a chorus as catchy as that of  ‘cardigan’, and Dorothea apparently went to the same school as folklore’s Betty, James, and Inez (that’s without even mentioning the cautiously optimistic Bon Iver duet that serves as the closer, which is basically a mirror of ‘exile’). But the experimental touches on ‘closure’ or the playfulness of ‘no body, no crime’ are just a few moments that suggest Swift is as interested in expanding that universe as she is in exploring new artistic ground. “I haven’t met the new me yet,” she admits on ‘happiness’, and there’s at least a bit of comfort in that. Reinvention, it turns out, is not always a prerequisite for growth.

Album Review: Taylor Swift, 'evermore'Taylor Swift might have managed to avoid a traditional album cycle by announcing folklore a day ahead of its release back in July, but that didn’t entirely stop the discourse surrounding her new sound and aesthetic from occasionally overshadowing the richness of the music...