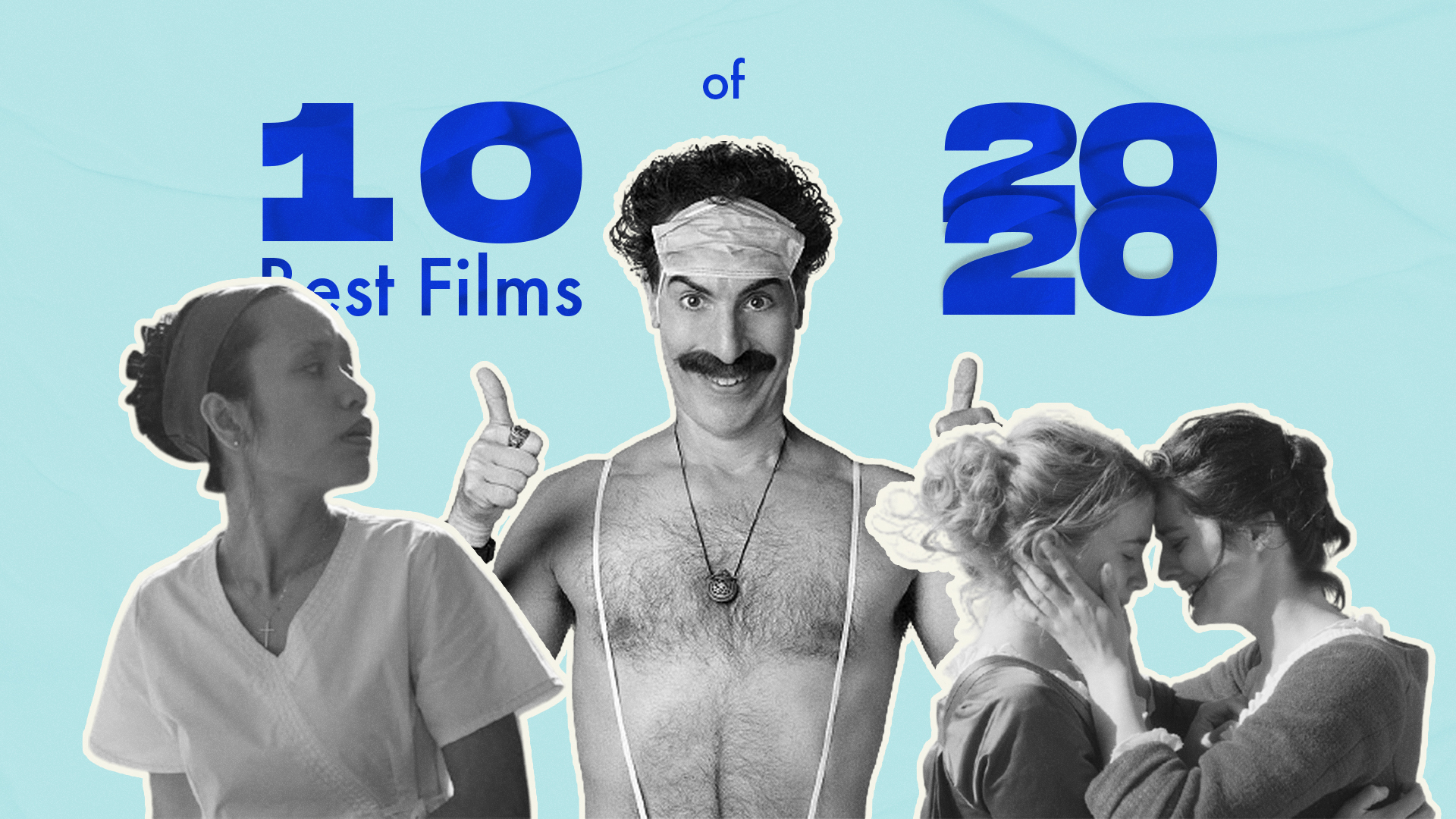 2020’s been a strange and worrisome year for film. Covid-19 lockdowns have slowed or halted several productions, and many theatrical releases have been pushed back or shelved indefinitely. Moreover, talk of future films releasing simultaneously to streaming platforms and the cinema has raised questions over the state of the industry. Nevertheless, 2020 still managed to deliver another eclectic selection of films to enjoy. Join us as Our Culture offers its verdict on the best of 2020.

Disclaimer: you might notice several titles which first had a release in 2019. However, if their UK release was in 2020, they’ve been up for consideration.

Portrait of a Lady on Fire (Dir. Céline Sciamma)

Set on a secluded island in 18th century Brittany, France, Céline Sciamma’s fourth feature is a thrilling romantic drama that burns like a memory. Buoyed by Claire Mathon’s breathtaking cinematography, Portrait of a Lady on Fire follows the story of Marianne (Noémie Merlant), an artist who is commissioned by a noblewoman (Valeria Golino) to paint a picture of her daughter Héloïse (Adèle Haenel). As the two women fall in love and begin a slow-burn affair, the film becomes an achingly intimate study of desire, power, and the female gaze that’s fuelled not only by sumptuous visuals but also two incredibly nuanced performances at its centre. Beyond just capturing the raw, genuine emotions of its characters, the film also reveals deep-seated, internalised truths that lie beneath the surface. – Konstantinos Pappis 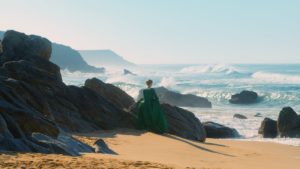 How from Beyond the Fog (Dir. Daisuke Sato)

Although first shown at the Atami Kaiju Film Festival in November 2019, Daisuke Sato’s Howl from Beyond the Fog received a fairly wide blu-ray release this year – thanks to SRS Cinema. This is a beautiful short film, featuring a stunning creature which was modelled by Keizo Murase – one of Toho’s key sculptors for several of their iconic monsters (including Varan, Maguma, and Dogora). Howl from Beyond the Fog is set in the Edo period, and sees a young man return to his mother’s home. There, he meets his cousin: a blind girl called Takiri. At night, Takiri goes into the fog and greets a giant, blind creature called Nebula. Takiri and Nebula share a moving connection, their shared ostracisation drawing them closer. With gorgeous visuals and profound melancholy, Howl from Beyond the Fog is not to be missed. – Christopher Stewardson

Even in 2020, Sacha Baron Cohen’s “subsequent movie” to the controversial and humorous Borat (2006) was least expected, even by his most faithful fans. The film grabbed international attention with heavy PR stunts and brute marketing, continuing on its predecessor’s path to shock audiences with its unearthing satire. Cohen’s ability to criticise the powerful with even pithier comedy can only be admired. The result is a “great success.” – Modestas Mankus 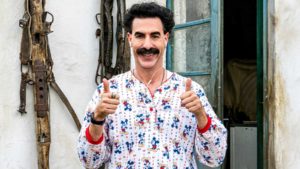 If music plays any kind of significant role in your life, the premise of Darius Marder’s directorial debut will be immediately disarming; not just because it’s the story of a heavy metal drummer who suddenly loses his hearing for no discernible reason, but also because it asks us to render any sound – even the ones you’ve devoted your whole life to – as pure noise. An unnerving drama about deafness with an underlying theme of addiction, Sound of Metal is ultimately about eliminating all distractions and learning not just to live in silence, but also to find the poetry in it. The Night of star Riz Ahmed, who learned both drumming and American Sign Language for the role, delivers a strikingly layered, career-best performance as Ruben, who must let go of his habitual defensive mechanisms and accept his new condition instead of trying to fix it. Sound of Metal is a quietly visceral and devastating film that eschews melodrama in favour of subtlety and genuine emotion, one whose innovative use of sound design as a means of immersing us in Ruben’s journey is one of the best in recent memory. – Konstantinos 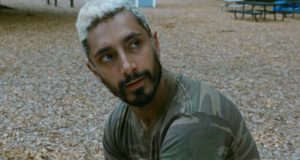 Shown as part of the 2020 Fantasia International Film Festival, Xia Magnus’ Sanzaru is an expertly-crafted horror. Telling the story of a healthcare worker struggling to help a dysfunctional southern American family, Sanzaru addresses how buried truths fester and bubble. A cultural clash plays out in how we relate to our past and our families, and the film gives us two possible answers to family trauma: either acknowledge and learn from it, or bury it and let it kill you. Sanzaru is a haunting film, and Our Culture hopes it’ll receive a wider release as soon as possible. – Christopher 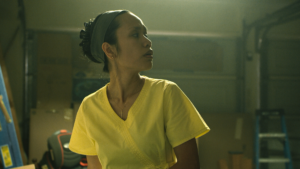 Sam Feder’s powerful documentary examines representation of transgender people throughout cinema. Featuring interviews and commentary from several trans filmmakers and actors, Disclosure is an eye-opening exposé of transphobia and poor casting laid bare. While the joke that Scarlett Johannson will get cast in minority roles has permeated social media, it began from an unfortunate reality. Disclosure addresses that reality; the fact that transgender actors aren’t given the roles and representation that they need and deserve – and how this feeds into a wider culture of transphobia. The film is equal parts upsetting and hopeful; upsetting for the stark reality it presents, and hopeful in the unmatched determination of the filmmakers and actors involved. – Christopher 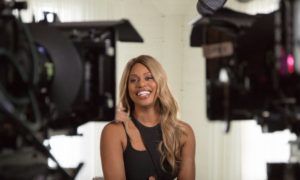 Sam Mendes’ award-winning 1917 is a brilliant war epic. It follows two British soldiers racing against time across enemy lines to deliver an important message – one that could prevent the deaths of thousands of their fellow comrades. While the premise is fairly similar to other war films, Mendes carefully crafts the film to appear as if it is entirely one shot. In turn, this makes for an intense ride that keeps the audience on the edge of their seat. It also allows audiences to experience the immense stress and fear the soldiers faced – closer than ever before. Roger Deakins’ breathtaking cinematography will certainly leave you in awe. 1917 is definitely one of the best films released in the UK in 2020; and even if you aren’t a fan of war epics, we highly encourage you to give 1917 a go. – Eric Sin Long Ng

On the Rocks (Dir. Sofia Coppola)

Sofia Coppola’s work is often accused of being overly stylish, culturally myopic, and generally void of substance. In what some might interpret as a slight change of pace, the writer-director’s latest immediately presents itself as her most conventional and accessible film to date, infused with a signature lightness of touch but running almost like traditional screwball comedy. The film centres on Laura (Rashida Jones, who also collaborated with Coppola on A Very Murray Christmas), a thirty-something writer and mother of two who starts to suspect that her husband, Dean (Marlon Wayans), might be having an affair with his assistant (Jessica Henwick). She decides to ask her dad (and relentless womaniser) Felix (Lost in Translation co-star Bill Murray) for advice. Drawing inspiration from her experience growing up in the male-dominated spaces of Hollywood, the film mostly eschews the ambiguity that’s characterised the director’s past work, favouring a more heartfelt but still nuanced approach that allows for both empathy as well as critical self-reflection in its deft exploration of the father-daughter dynamic at its centre. – Konstantinos 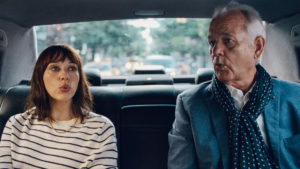 For Netflix, directors Pippa Ehrlich and James Reed deliver a moving and unique documentary experience. My Octopus Teacher follows Craig Foster, a filmmaker whose life had become fragmented and uncertain. In 2010, Foster began swimming in the kelp forests of False Bay, South Africa. There, he discovered an octopus, and a fascinating bond began to form between them. – Christopher 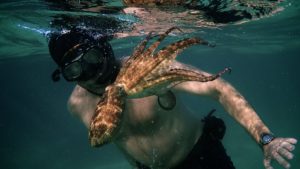 The Safdies’ strongest and yet most tense film, Uncut Gems (2020) stars the surprisingly serious Adam Sandler. As an audience, we have seen Sandler shift to more serious roles for films like Punch-Drunk Love (2002) and The Meyerowitz Stories (2017), but nothing has come close to the excitement of Uncut Gems. The Safdie brothers’ latest project is one of the most admired films of the last decade, not just for its insane consistent intensity but also for the process it had to go through. The Safdies’ had to rewrite the script 160 times so that the real-life events tie in with the story of the film. Uncut Gems is a remarkable achievement and a must-watch film for any true film aficionado. – Modestas 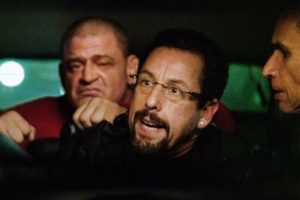