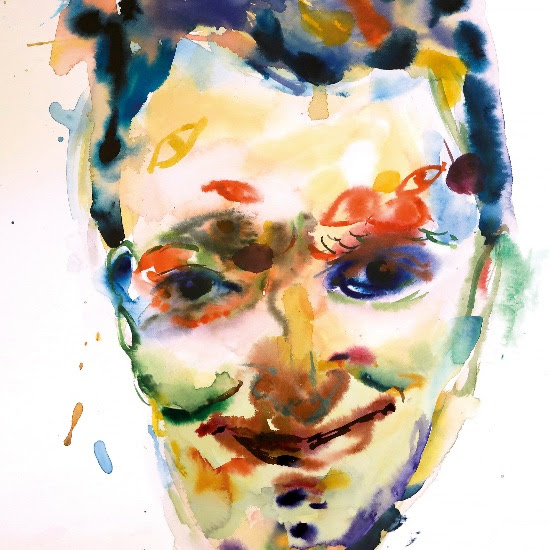 As one of the core members of Efterklang, Casper Clausen has been instrumental in retaining an air of grandiosity to the Danish art-rock outfit’s music no matter what direction they’ve decided to steer their sound into. After a series of lauded albums in the 2000s, the band became known for splitting the difference between the ethereal splendor of Sigur Rós and the neighboring pomposity and ambitious song structures of indie favorites like Arcade Fire or Sufjan Stevens. Clausen’s debut solo effort, co-produced by Peter Kember a.k.a. Spaceman 3’s Sonic Boom and recorded at Clausen’s riverside Lisbon studio, skews closer to the group’s later work, which featured more elements of pop and electronic music orbiting around his warm if sometimes indistinct voice, as well as the late-night synth-pop of his more recent project Liima. Conceptually, he says, it’s about “finding a better way, loving stronger, falling harder,” “being far away” and “being myself”. While none of these seemingly disparate themes manage to really stand out in any meaningful way on the 8-track-project, there’s also a more intriguing bit about how he “wanted something from my time in this city to last”, and that impulse is not only echoed throughout Better Way but also acts as the primary force behind it.

Opener ‘Used to Think’ whisks you into the album’s kaleidoscopic soundworld, blending elements of krautrock with the propulsive indietronica of LCD Soundsystem and a distinct pop sensibility that’s evident despite the absence of any direct hooks. As the track settles into its slowly-percolating rhythm, it’s both captivating and delightful to hear it stretch out to almost nine minutes without being bogged down by the weight of a searing but predictable crescendo. Rather than coming off as directionless experiments, the simmering nature of these instrumentals serves a clear purpose: “If we could be extended for a while,” Clausen sings beside the ghostly echo of his own voice on the spare ‘Feel it Coming’, fixating on that desire to hold onto something that seems to be falling out of grasp. Instead of filling these songs with unnecessary bombast, Clausen and Peter Kember afford their dreamy compositions the necessary space to breathe and take on a life of their own, showcasing the kind of patient maturity that’s characterized Clausen’s best work and infusing them with rich textures and subtle sonic shifts to render them wholly satisfying.

At times, though, it feels like we’re missing the attention to detail that would not only heighten the album’s emotional subtext but also allow it to resonate on a deeper level. The more abstract the songwriting gets, the more the record’s conceptual vagueness becomes a detriment rather than one of its enchanting qualities. ‘Dark Heart’ elicits a state of looped hypnosis, but the lyrics are too faint against the shadowy blur of the swirling strings to have a gripping effect; ‘Snow White’ wades through equally nebulous territory, but there’s something haunting about the way Clausen’s falsetto slices through the psychedelic pull of the instrumental. By contrast, ‘Falling Apart Like You’ anchors in a simple guitar melody but captures an elusive kind of intimacy, like freezing a moment in time before it inevitably dissipates: “In the wake before you’re gone, my love/ I’ll keep falling apart,” he croons.

The album’s penultimate track, ‘8 Bit Human’, conjures the same driving, pop-inflected rhythms the album kicks off with, injecting it with a certain amount of grit and quirkiness. It’s somehow the most danceable track on the 8-song project as well as its most experimental, a testament to Clausen’s ability to combine his varying artistic inclinations in a way that’s both adventurous and seamless. You just wish more of that creative energy showed up throughout the rest of the album, which feels more like the beginning of an attempt to map out Clausen’s musical identity as a solo artist. But in the journey of getting there, he’s created an album whose moods wash over more than they merely brush up against you, and whose world is wonderfully realized even if the project is smaller in scope than we’ve come to expect from him. “I can’t believe we saw the ocean,” he intones on the mesmeric closing track ‘Ocean Wave’. It’s unclear what exactly he’s singing about, but if you close your eyes, you might just be able to see it, too.

Album Review: Casper Clausen, 'Better Way'As one of the core members of Efterklang, Casper Clausen has been instrumental in retaining an air of grandiosity to the Danish art-rock outfit’s music no matter what direction they've decided to steer their sound into. After a series of lauded albums in the...